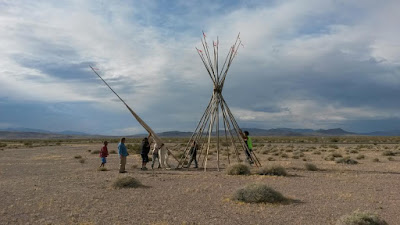 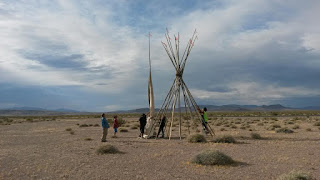 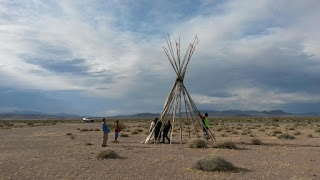 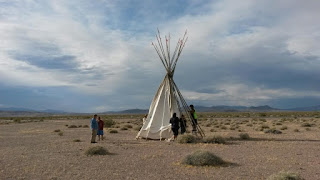 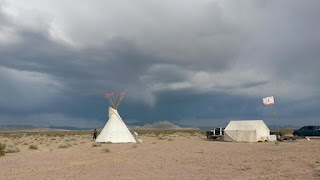 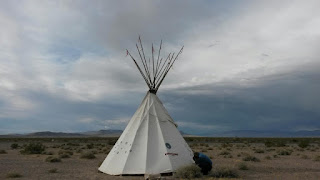 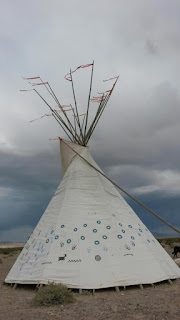 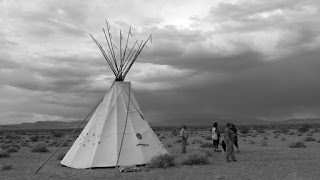 On the Western Shoshone Peace and Friendship Run today, in Western Shoshone land recognized in the Treaty of Ruby Valley of 1863, the raising of the teepee is a symbol of hope, an affirmation of Treaty Rights and an harbinger of a new generation healing the scars of the United States atomic bomb testing here, proclaiming the message of peace to halt the ongoing nuclear holocaust.

Western Shoshone runner Carl Bad Bear Sampson is on the run this week and sharing his photos with Censored News.
Bad Bear's father Buck Sampson said they are sending a strong message to the employees at Yucca Mountain.
"Our Treaty of Ruby Valley of 1863 didn't say squat on our land and put radioactive waste here to store. They contaminated the underground water and desecrated Native burials and artifacts that were there a long time before the white immigrants came to Nevada 160 years ago."
"We Natives are still here with our culture and Native values on the land. We are still Trustees of the land. The US needs to start recognizing all the Treaties made with Natives on Turtle Island."
Buck Sampson quoted the Northwest Ordinance, "The utmost good faith shall always
be observed towards the Indians."
Treaties made under the US are to be the Supreme Law of the Land. The Northwest Ordinance of 1787, article 3, passed by the US Congress assured Natives of their future sovereignty.

Photos today by Bad Bear, near Amargosa Valley. Thank you.