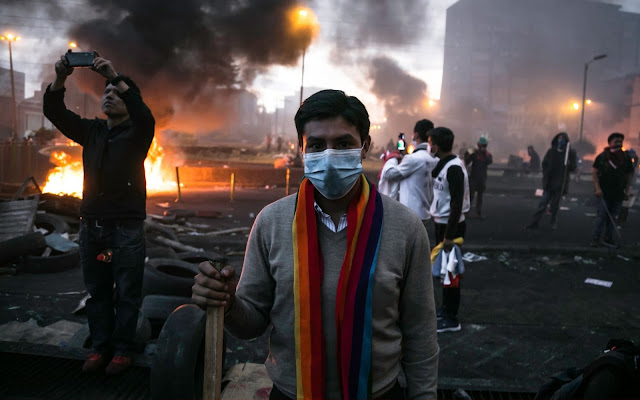 The indigenous group leading mass protests in Ecuador on Friday rejected an offer of direct talks from President Lenin Moreno to end days of deadly protests against fuel price hikes.
"The dialogue that he's seeking lacks credibility," the indigenous umbrella group CONAIE said in a statement, adding that it would negotiate with the government only when a decree to remove fuel subsidies has been "repealed."
Read more: https://www.france24.com/en/20191012-ecuador-indigenous-group-rejects-talks-to-end-protests
Posted by Censored News, publisher Brenda Norrell at October 13, 2019