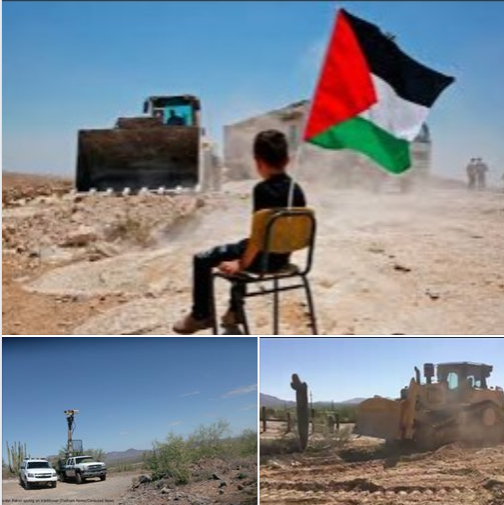 The Israeli defense contractor Elbit Systems -- responsible for Apartheid security and building the wall in Palestine -- plans to begin constructing Israeli spy towers -- integrated fixed towers -- on the Tohono O'odham Nation during October.
The Gu-Vo District opposes these spy towers by resolution, but the elected Tohono O'odham government has approved them.
Reporter Will Parrish said the plan includes Israeli soldiers to train U.S. Border Patrol in the use of the cyber tower surveillance. The U.S. recently increased Elbit's contract by another $26 million, according to Elbit Systems in Israel.
The spy towers are planned for traditional O'odham communities where O'odham women and elderly are already the targets of constant U.S. Border Patrol surveillance, harassment, and abuse.
(Photos: Palestine, US Border Patrol spying on traditional O'odham elderly woman in Gu Vo District on the Tohono O'odham Nation, and bulldozer this week killing protected Saguaro cactus this week for border wall construction nearby at Organ Pipe Cactus National Monument.)

New video interview from Read News with Ofelia Rivas, founder of O'odham VOICE Against the Wall, who lives on the Tohono O'odham Nation on the so-called border. 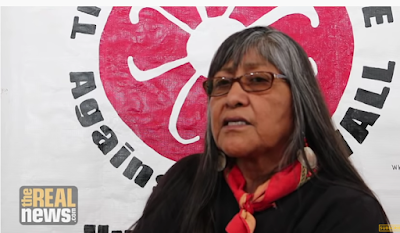