Climate Justice: A Voice from Mississippi at Bioneers 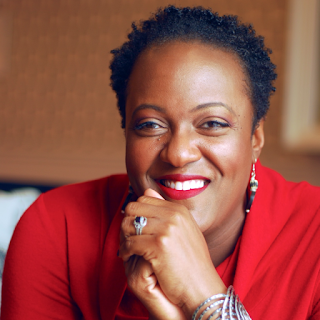 The face of climate justice today

SAN RAFAEL, Calif. -- With joy and the heart of a mother, Mississippi activist Heather McTeer Toney rallied those gathered at the Bioneers Conference to realize that they are the face of the climate justice movement today.

Toney, is the National Field Director of Moms Clean Air Force. Toney was born and raised in Greenville, Mississippi. She was elected Greenville's first African-American, first female, and youngest ever Mayor at the age of 27. After her 2nd term, she became Regional Administrator for the EPA’s Southeast Region, appointed by President Obama.


Today at Bioneers, Toney is speaking on mothers and how to reach the people in one's own community with the language they can understand. She shared what climate change looks like in Mississippi.

"You need things to be done in the language you understand," she told the crowd at the Bioneers Conference. "We make sure our children are given a microphone to say what they need to say."

Remembering the civil rights movement of her parent's generation, she spoke of the climate change movement today: "This is the social justice movement for this time."

"There is always a movement, where are you in it?"

Toney said it does not matter what this current administration is or what it does. She said this is what matters, and shared a photo of African-Americans in Mississippi rallying with Moms Clean Air Force.

"We are not going anywhere at all."

She showed a photo of who did the work at the EPA Southeastern office during the Obama administration. "That was my team." The photo is of a team of African American women, including attorneys.

As an experiment during her rallying talk, she told everyone in the conference room to take a photo of those seated around them, and then post it on social media. She wanted each person to see today the power and results of social media sharing.

"You are what an environmentalist looks like. Go and find your friends."


National Field Director | Moms Clean Air Force
Heather McTeer Toney, born and raised in Greenville, Mississippi, was elected that town’s first African-American, first female, and youngest ever Mayor at the age of 27. After her 2nd term, she became Regional Administrator for the EPA’s Southeast Region, appointed by President Obama. A nationally and internationally renowned, award-winning leader in Environmental and Climate Justice, she is currently Field Director for Moms Clean Air Force, an organization of over 1 million parents committed to fighting climate change and air pollution.