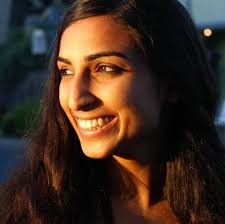 SAN RAFAEL, Calif. -- Valarie Kaur began her talk on Revolutionary Love with thanks to the Miwok people and ancestors.
"What if this not the darkness of the tomb, but the darkness of the womb?"
Speaking to those gathered at the Bioneers Conference, Valarie said the murder of her Sikh friend, an uncle, on the streets of Mesa, Arizona, made her an activist.
"Hate crimes have skyrocketed."

Now, I am a mother," Valarie said. She said people with turbans today in America are seen as terrorists, just as Native Americans are seen as savages.
She is speaking on the incarceration and detainment in the United States which is to "sacrifice us for the illusion of security."
She is speaking about giving birth to her son. During the pain of birthing, it is called 'transition.' During this time, she was seeing the images of her mother, and her mother's mother, and their mothers.
She asks what if our country is one that is not dead but instead is waiting to be born.
"What if our America is not dead, but a country waiting to be born."
"What if this is our time of just transition."
"We are at a crossroads."
She speaks on the birth of the multi-cultural society that the United States could become. She is also speaking of the white supremacists that want dominion. This white supremacy in the United States gave rise to industries that pillage the earth.
"Humanity itself is in transition," she said, as the fires burn and the earth is crashing.
"Will we solve this together?" she asks, to a roar of applause.
"The only way we will survive is if we show up."
She urged everyone to show up with their medicine and their love for justice.
Describing revolutionary love, she said it should be viewed as "Love as sweet labor."
She said the first rule of revolutionary love means that no one is a stranger.
Second, she urged: "Tend the Wound."
She said she sees people who are wounded and "do not know what to do with their insecurity so they wound us."
She spoke of visiting the murder of her uncle in prison, a difficult undertaking, and learning how he became a wounded person. She said this act may not be for all. As for those who are currently being wounded, currently, in danger, it may be someone else's job to hear from that person. For those in danger, they must get out and protect themselves.
Speaking on talking to those who have wronged others she said, "Forgiveness is not forgetting -- it is being set free of rage."
And third, she added, "Breathe and Push."
"This is a feminist intervention," she said, urging all to breathe with music, dance and inspiration, and let joy in. She said love has to be practiced in communities.
Revolutionary love is not just for one's self, but for all others, including opponents.

Valerie Kaur, born into a family of Sikh farmers who settled in California in 1913, is a seasoned civil rights activist, award-winning filmmaker, lawyer, faith leader, and founder of the Revolutionary Love Project, which seeks to champion love as a public ethic and wellspring for social action.
She began to document hate crimes against Sikh and Muslim Americans after 9/11 and produced the award-winning film Divided We Fall. She has worked extensively on hate crimes, racial profiling, immigration detention, solitary confinement, mass shootings, marriage equality, and Internet freedom and founded the Groundswell Movement, “America’s largest multi-faith online organizing network.”
She is currently a Senior Fellow at Auburn Theological Seminary and her book, Revolutionary Love, will be out early next year.
at October 19, 2019