Extinction Rebellion Shutting it Down: New York City and Around the World 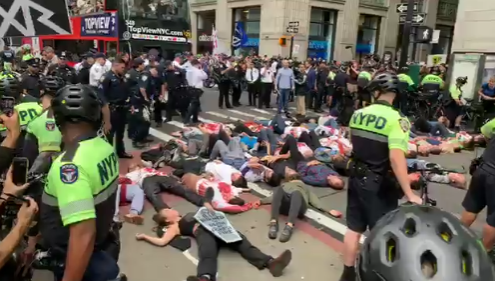 (Above) Monday morning 7 to a 8 a.m. Extinction Rebellion just locked down on the Edmonton bridge to bring attention to climate change. Edmonton is in Alberta, Canada, the home of the dirty tar sands that Keystone XL wants to bring by pipeline and poison the enormous Ogallala aquifer in the midwest. Keystone XL is now seizing lands in Nebraska by eminent domain for the pipeline. 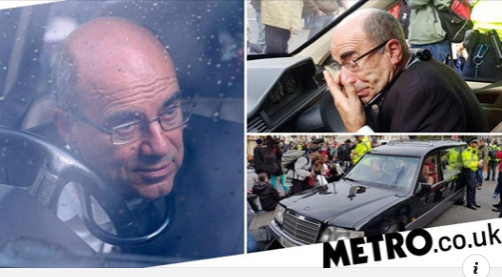 (Below) Live from New York City. 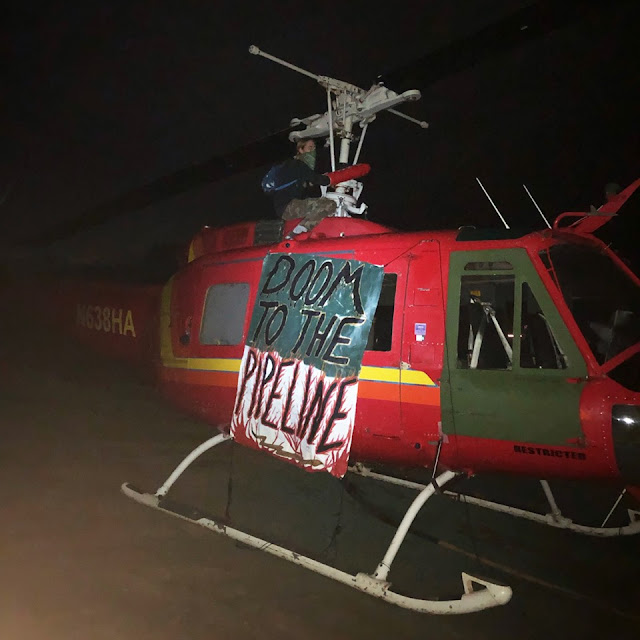 (Photo above) VIRGINIA: HAPPENING NOW! A pipeline fighter has locked themself to a Mountain Valley Pipeline helicopter near Elliston, VA. A banner on the helicopter reads “DOOM TO THE PIPELINE.”
The pipeline fighter taking action today, going by Squirrel, stated: “I took action today in an attempt to slow the construction of this destructive pipeline project. If completed, the MVP will ship billions of cubic feet of natural gas to be burned every single day. This pipeline will inevitably leak, and many natural gas pipelines have exploded, killing people and wildlife.

“In times such as these, with the catastrophic effects of global warming accelerating at an alarming pace, it is imperative to act now. The planet is in crisis, and the ruling class would rather continue the genocidal and ecologically destructive projects of capitalism, imperialism, and colonialism, than address the largest existential threat in human history. It’s up to us to intervene — they won’t stop unless we make them stop. For a world and a future without exploitation, capitalism, and the destruction of the wild! No compromise!”
MVP uses helicopters for a few purposes, including surveillance and large scale hydroseeding. Hydroseeding is a process in which they drop proprietary pellets on the pipeline easement (and everywhere else they happen to hit within a mile or so) as part of their bogus, destructive attempt at “environmental remediation.” In 2018, MVP dropped “erosion control” pellets on Neal Laferriere’s organic farm Blackberry Botanicals in Summers County, WV, a quarter mile from the easement, hitting Neal’s children in the face and causing the family to lose their organic certification and livelihood. Hydroseeding has been proven worldwide to be incredibly damaging to native plant communities and long term ecosystem stability.
Today’s action is taking place just down the road from the Yellow Finch tree sits, which have been preventing construction and defending some of the last remaining trees on the pipeline route for 398 days and counting!
DONATE to support Squirrel and the tree sits: bit.ly/supportmvpresistance