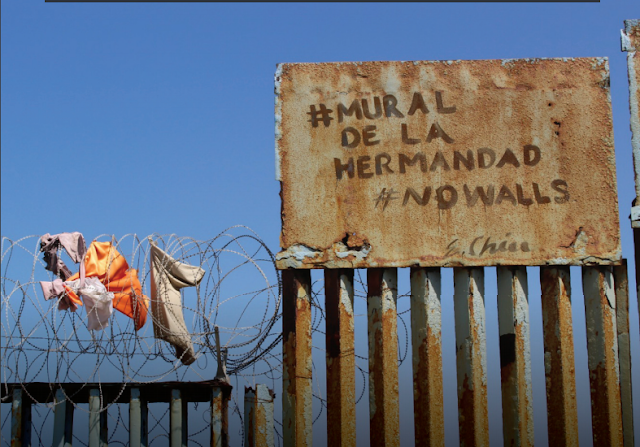 Defenders Beyond Borders: Migrant Rights Defenders Under Attack in Central America, Mexico and the United States

This new report shows attacks on migrant aid workers at the US Border, and in Mexico and Central America. Here are just a few of the incidents:

A new joint report from three international human rights organizations has revealed that migrant rights defenders protecting migrant families, refugees, asylum seekers, and others along migrant routes from Honduras to the United States are facing severe threats from both state and non-state actors. The report, Defenders Beyond Borders, launching this week in Washington, DC and Mexico City, combines research from Front Line Defenders (FLD), Programa de Asuntos Migratorios de la Universidad Iberoamericana Tijuana-Ciudad de México (PRAMI) and Red TDT, and features documentation and first hand accounts of attacks and arrests in the US and Mexico, perpetrated by US Customs and Border Protection, Mexican federal police, non-state militia groups, and the Mexican military.

Researchers interviewed more than 30 human rights defenders in 10 cities on both sides of the Mexico-US border, and along migration routes in Mexico, Honduras, Guatemala and El Salvador. Many defenders interviewed are current migrants, refugees, asylum seekers or undocumented people themselves.


“Mexico’s increasingly militarized response to migration follows the decades-long US strategy of prevention by deterrence and the intentional weaponization of the desert, resulting in thousands of human remains found in the borderlands. This militarized assault on migrant rights defenders is especially dangerous for women HRDs, queer activists, and undocumented community organizers. WHRDs in Texas and California have received graphic, sexualized death threats from pro-Trump social media accounts and militia groups based on the border, while queer defenders are routinely subjected to sexual harassment at US ports of entry. For undocumented HRDs, arrests related to their visible activism could result in indefinite detention in ICE custody – where transwomen have been beaten and died – or deportation.”
- Erin Kilbride, Research & Visibility Coordinator, Front Line Defenders

HRDs in Guatemala, Mexico and the US have been arrested, assaulted and put on trial for the provision of humanitarian aid including distributing food, water and medical supplies. Activists across Mexico report that the Mexican military is increasingly raiding, threatening, and harassing emergency shelters for migrant families.