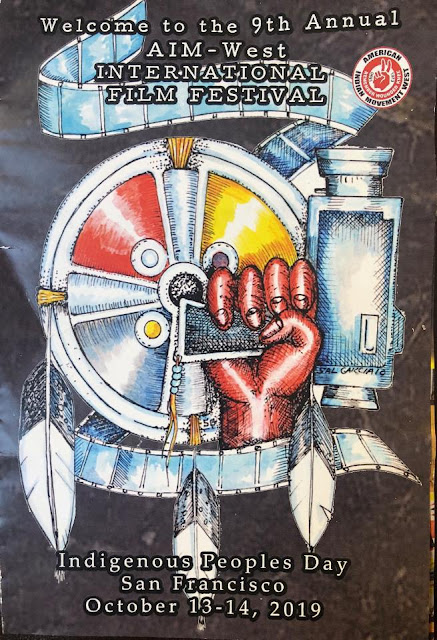 SAN FRANCISCO -- On Indigenous Peoples Day, October 14, at San Francisco’s Roxie Theater, 3117 16th St., starting at 7 pm, AIM-WEST hosts the 9th International Film Festival.
In the film, 'Ama,' Ms. Jean Whitehorse, Dine/Navajo, shares her own personal story. The film was recently released. Ama is about the sterilization of Indigenous women conducted in the USA by the Bureau of Indian Affairs and the Indian Health Services. Jean was among the estimated 70,000 victims that equals to a genocide, or lost generations!


There is a donation requested at the door! First come!