Lakotas arrested at Mount Rushmore as they blocked the road. Arrested in the Spirit of Crazy Horse, defending the Black Hills from Trump and white supremacy.

Trump ignored Oglala and Cheyenne River Lakota leaders, violated the nation to nation relationship, disrespected Lakota and Treaties, lashed out at those opposing him at Mount Rushmore, as his #coronavirus-spreading rallies continue across the U.S. fueling white supremacy.

"This is our land!" Lakota Dakota women yell at police. 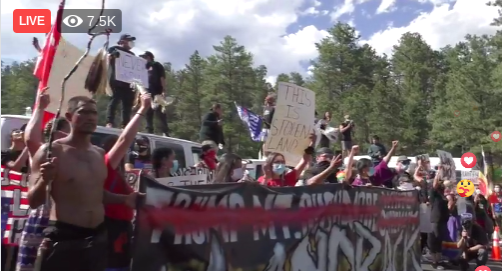 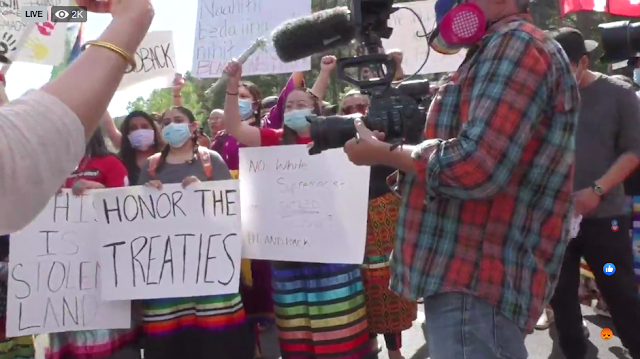 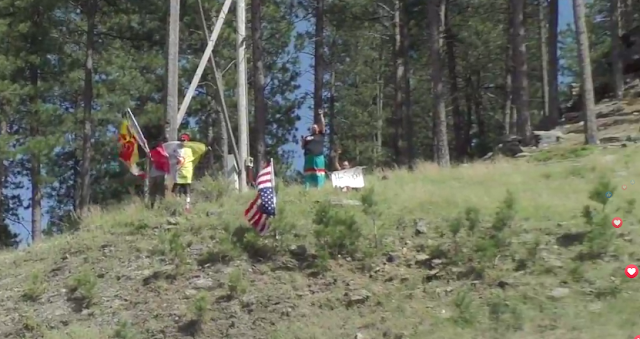 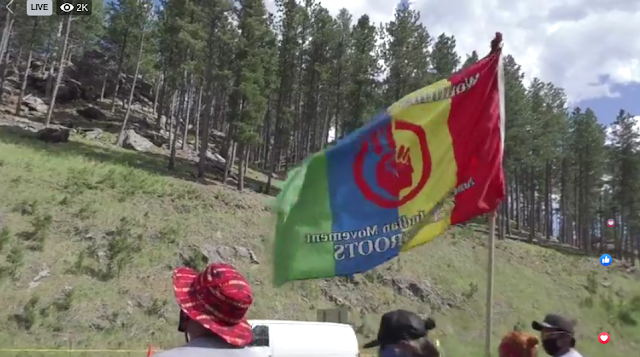 Oglala Lakota President to Mr. Trump: 'The people are angry, it is in our DNA to fight for these lands'

Oglala Lakota President to Mr. Trump, 'The people are angry, it is in our DNA to fight for these lands'

"It is not just a threat to my people, but a threat to the land and it is a threat to mankind in general and to human life." -- Oglala Lakota President Julian Bear Runner

Speaking on MSNBC television news, Bear Runner said that Trump made no effort to sit down with the Great Sioux Leaders to seek a plan to go about celebrating his Independence Day at Mount Rushmore.

"It is very hard to remain diplomatic due to the lack of consultation," Bear Runner said of Trump's plans at Mount Rushmore today, July 3.

"For my people, it is in our DNA to fight for these lands, to defend these lands, and to protect what is sacred. Mount Rushmore is carved on one of our most sacred mountains within the Black Hills."

"The people are angry," Bear Runner said, adding that he will stand with them and help them in every way that he can to do what is right.

Bear Runner said the mountain represents six of his people's grandfathers, six of their ancestors, and had a sacred and significant meaning prior to the carving of these presidents.

As for the gathering today, July 3, Bear Runner said his people and people from across America are reaching out to him who want to come and stand with the Great Sioux Nation, and exercise their Amendment Rights to protest and to demonstrate.

With the worldwide pandemic, he said they are encouraging members to exercise safety and wear protective gear.

Bear Runner said he frowns on Trump coming here because the governor of South Dakota has said there will be no social distancing, and masks will not be required.

Bear Runner said across America and the world these precautions are advised for protection during this pandemic. 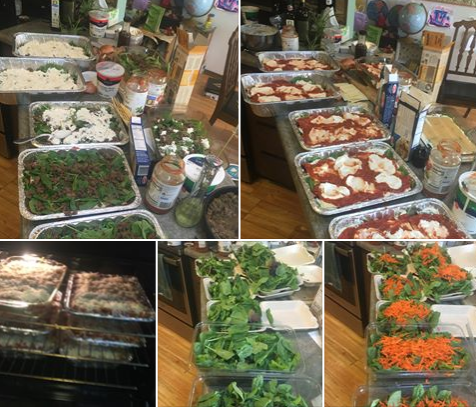 We serve COVID19 positive families committed to quarantine. Especially the families whose matriarchs are sick and cannot cook for their families for 14 days. While need is not necessary for aid, we ask that people who can physically cook for themselves do so and we will assist with groceries. 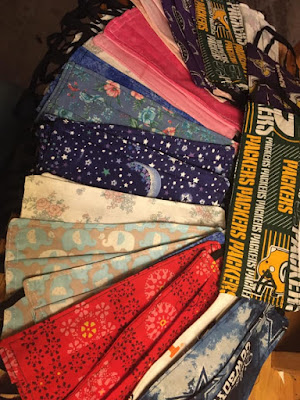 Since May 10th, we have provided a homemade meal a day to 26 households, providing over 1100 meals and at least 32 aid packages+ to families in quarantine and isolation in Rapid City. We have also distributed 2400 cloth and disposable masks. 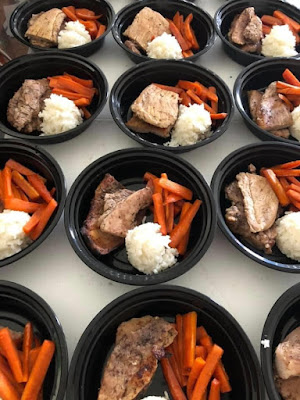 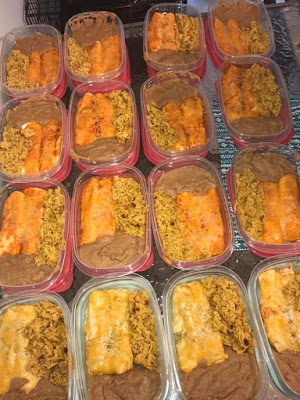 Half of Pennington County COVID-19 cases are Native American people. We are not seeing the relief on the ground that families need to isolate, survive and heal from the virus. We believe our numbers will continue to rise if families are not properly and directly assisted to quarantine with basic necessities and humanitarian aid.

We aim to provide an aid package for each family, supplemental supplies as necessary for two weeks, and a daily cooked meal for the whole household. 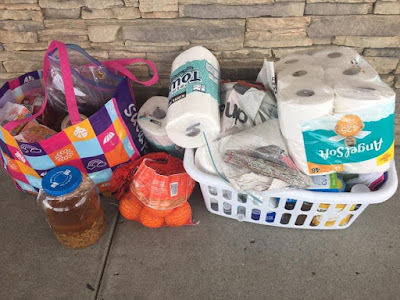 When we get more resources, we are interested in food aid by purchasing fresh, organic, nutrient-rich groceries for families for at least 2 weeks, prevention and more PPE, aftercare, and financial assistance for survivors and their families. 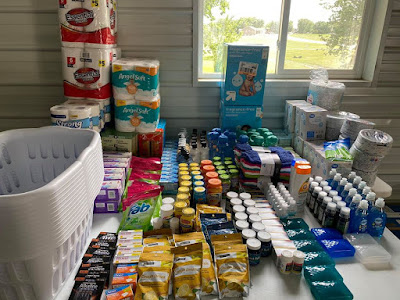 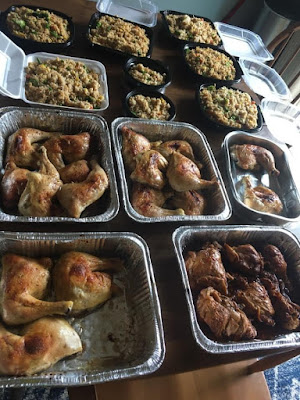 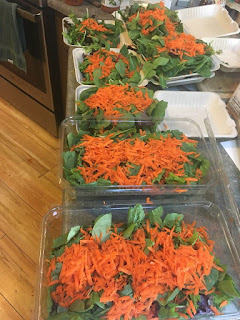