﻿The white snowflakes had barely began to make its way to the the northern portion of the Navajo Nation to the community just west of Black Mesa in Arizona. It was in the winter of 1999. An all night prayer meeting was being held and I was a guest that had been invited.
. 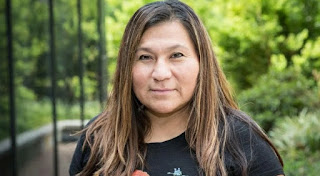 A recent report by Carbon Tracker entitled, “Closing Time," links abandoned oil and gas wells to climate damaging methane emissions.
The report is not anything revolutionary. For years people have known that abandoned oil wells have been known to leak various gases, one of those gases being harmful methane gas.