Keep pushing for Sandra's release
No More Deaths
UPDATE: Read more about Sandra Lopez, 20, an honor student who grew up in Tucson, and the nightmare of being deported, abandoned on the streets of Mexico, and then imprisoned:
http://bsnorrell.blogspot.com/2011/09/tucson-urges-release-of-dream-act.html 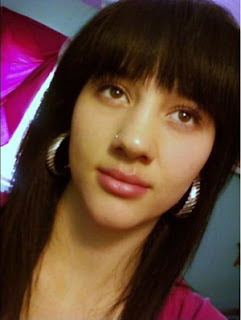 TUCSON -- A few weeks ago we told you about Sandra Lopez, a 20-year-old Tucsonan who needs our help. Despite being a DREAMer, Sandra has been detained at Eloy Detention Center for the past two months and DHS has refused to release her from ICE detention. Will you help Sandra by making a call demanding that she be released immediately?
Also, even if you have already used our e-action page to send a letter to John Morton, please visit it again to send a letter to both John Morton and Katrina Kane.
Please call now:
Call DHS head Janet Napolitano: 202-282-8495
Call ICE head John Morton: 202-732-3000
Call ICE field office director Katrina Kane: 602-766-7028
Sample Script: “Hi, I am calling to ask that Sandra F. Lopez (A# 200-704-493) be released from Eloy Detention Center, Arizona. Sandra is a DREAM Act–eligible student and she has been detained in Eloy Detention Center for too long. Sandra has lived in Tucson, Arizona, since she was a few days old. Please release her from Eloy Detention Center.”
THANK YOU.
at September 26, 2011 No comments:


Hundreds gather on Parliament Hill to say ‘No to Tar Sands’
(Ottawa) – Hundreds of people from across North America are gathered this morning on Parliament Hill for a rally followed by a mass civil disobedience sit-in. Participants are responding to a call to action for a large peaceful protest where many will risk arrest to tell the Harper government they don’t support his reckless agenda and urge him to turn away from the tar sands and build a green energy future that promotes climate justice, respects Indigenous rights and prioritizes the health of our environment and communities.
“It is morally justifiable to risk arrest if you see and witness a crime occurring or about to occur. We are saying the tar sands industry is unlawful. We need to stop it before the damage is done. It’s worth getting arrested to send that warning out to the rest of Canada,” said Louisette Lante, a housewife from Waterloo.
The action began at 10 a.m. with a solidarity rally in front of the Centennial Flame on Parliament Hill featuring a number of speeches from prominent individuals from environmental organizations and Indigenous communities directly impacted by the tar sands Following the speeches, waves of participants in groups of 20 or more will separate from the solidarity rally and choose to risk arrest by participating in a peaceful sit-in near the front doors to Centre Block.

Hundreds have been arrested on Parliament Hill while protesting the proposed
Keystone XL pipeline. The protests have been organized by First Nations and
environmental organizations, and are endorsed by Dene Nation.
Dene National Chief Bill Erasmus has joined the protests, and spoke to the crowd
of one thousand about the impacts of tar sands developments on Dene.
"Toxic tailings ponds already cover hundreds of square kilometres , and are
growing by the minute,â€ Erasmus said. "Millions of litres of contaminated
water leak each day from these tailings ponds into groundwater and tributaries
in the Athabasca River watershed. These waters flow through Denendeh, from
northern Alberta to the Arctic Ocean, and any pollution in the water impacts our
communities. This is one of our main concerns about tar sands development."
Dene Nation has endorsed the Ottawa protests as previous efforts to lobby the
government have fallen on deaf ears. "It is unfortunate that we must resort to
civil disobedience to make our voices heard," Erasmus said. "But in this
crucial time when tar sands developments are threatening our water, the fate of
our climate, the lives of our children, and our Treaty and basic human rights,
we can no longer afford to be obedient to this government and the fossil fuel
industry."
The proposed Keystone XL pipeline would transport 1 million barrels of synthetic
crude oil each day from Alberta's tar sands to US refineries in the Gulf of
Mexico. Construction of the 2,700 km pipeline would facilitate a massive
expansion of Alberta's tar sands, along with increased pollution, stress on
water resources, and greenhouse gas emissions. Dene communities are downstream
from the tar sands, and are threatened by the impacts of upstream water usage
and pollution, and the impacts of climate change and global warming.
--For more information please contact: Barret Lenoir or Daniel Tâ€™seleie, at the
Dene National Office (867) 873-4081 (or by cell at 867-444-0509).

CIVIL DISOBEDIENCE OTTAWA TODAY
“We have hundreds of people who have signed up to risk arrest,” said Clayton Thomas-Muller, a campaigner with the Indigenous Environmental Network. “At a time when we need to be fundamentally reducing our emissions, at a time when we need to be generating investments in zero-carbon energy technology, we’re allowing Big Oil and this Harper majority government to lead us on a backward path, which is destroying Canada’s image internationally,” he said.
http://www.theglobeandmail.com/news/politics/oil-sands-opponents-to-descend-on-parliament-hill/article2179710/
Embattled pipeline at centre of mass Ottawa protest
CTV News Canada
Protesters started collecting on Parliament Hill on Sunday, taking part in protest training sessions ahead of a planned mass confrontation with the federal government over its support for the oilsands and a proposed pipeline from Alberta to Texas.
Hundreds of environmentalists are expected to turn out for Monday's mass rally, which organizers expect will become "the largest civil disobedience action in the history of Canada's climate movement." More:
http://www.ctv.ca/CTVNews/Canada/20110925/protesters-gather-for-pipeline-protest-110925/

The proposed Keystone XL pipeline would consist of approximately 1,711 miles of new 36-inch-diameter pipeline, with approximately 327 miles of pipeline in Canada and 1,384 miles in the U.S. TransCanada filed an application for a Presidential Permit with the U.S. Department of State to build and operate the Keystone XL Project. The proposed Project would have the capacity to transport 700,000 barrels per day (bpd) of crude oil to delivery points in Oklahoma and southeastern Texas.

On August 26, 2011, the U.S. Department of State released a final Environmental Impact Statement (FEIS) on the proposed Keystone XL pipeline saying the pipeline would have "no significant impact" on the environment. According to the U.S. administration, they are saying President Obama now has three months to determine whether the controversial project is in the national interest of America.

Our concerns with this FEIS are similar to the concerns of a previous pipeline project called Keystone (with no “XL” attached to it, sometimes called Keystone 1) and its final EIS that was done in 2008. The basic concern was the EIS was incomplete, and didn’t thoroughly address all the issues. Keystone XL fails to take seriously the potential damage to American Indian Tribes and their Tribal members in the States of Montana, South Dakota, Nebraska, Kansas, Oklahoma and Texas. These damages could threaten, among other things, water aquifers, water ways, cultural sites, agricultural lands, animal life, public drinking water sources and other resources vital to the Tribal peoples of the region in which the pipeline is proposed to be constructed. Lack of adequate consultation has been a consistent concern expressed by Tribal members of all the affected Tribal Nations who to this day have not been thoroughly informed of the potential effects of this pipeline.

With over 12 spills caused by the Keystone 1 pipeline, which runs through eastern North Dakota, South Dakota, Nebraska, Oklahoma, and Kansas with links to Missouri and Illinois, it is critical that the State Department take the potential environmental and cultural resource impacts seriously. The FEIS is not even requiring TransCanada, the company that hopes to build Keystone XL, to submit an emergency response plan before final approval. In spite of the reported spills on Keystone I, the XL EIS predicts 1.78 to 2.51 spills, of any size, per year.

Tribal Nations deserve and have a right to be thoroughly informed and have a truthful account of the damage Keystone XL can cause. The toxic corrosive crude oil that would flow through the Keystone XL pipeline comes from the tar sands in northern Alberta, Canada. The tar sands are located in the homelands of the Cree, Dene and Métis communities. The pipeline will cross hundreds of miles of indigenous territory, including Lakota territory, and violate treaty rights under the Fort Laramie Treaties of 1851 and 1868 as well as human rights under the Declaration on the Rights of Indigenous Peoples.

U.S executive approval is needed before the pipeline can be laid in place. The State Department has announced the schedule for a series of public input meetings in States along the route of the proposed Keystone XL pipeline. Written comments will be accepted by the State Department until October 9th, 2011.