Censored: What the mainstream media club doesn't want you to know today

What the mainstream media club doesn't want you to know 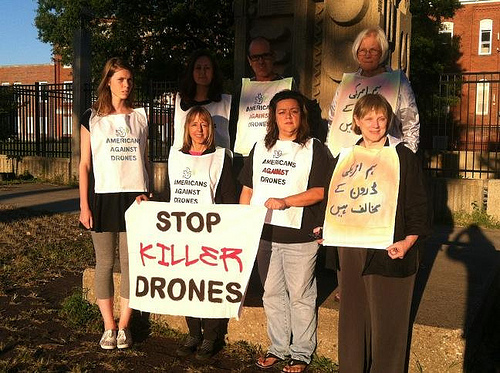 Photo 1 by Code Pink. Photo 2 by Ben Powless, Mohawk.
Mary the Texas tree sitter continues to hold off TransCanada’s Keystone bulldozers that are seizing family farms at Winsboro, Texas, as an Ottawa judge throws out charges against tar sands protesters at Parliament and Lakotas fight the tarsands in the Plains.
The Code Pink delegation is now in Pakistan and meeting with the victims of Obama drone strikes, as a Flotilla ship sails from Italy for Gaza.
In Arizona, Navajos protest today at Bodaway Gap, as developers, including former Navajo President Albert Hale, push to desecrate sacred Navajo land near the Grand Canyon. In Richmond, Calif, the Occupy movement protests the Chevron Refinery following an August explosion and toxic air releases.
However, the mainstream media, a sort of “club” that decides what readers should and should not know about, will be reporting little, if any, of this today, Wednesday, Oct. 3, 2012.
It is Day 10 in Winnsboro, Texas, where tree sitters have been holding off bulldozers destroying family lands and seizing Texas family farms. This southern route of the TransCanada’s Keystone XL pipeline, for the dirty tar sands oil from Alberta, Canada, is the same pipeline that Obama came to Oklahoma to promote.
http://www.bsnorrell.blogspot.com/2012/10/day-10-texas-treesitters-hold-off.html
I 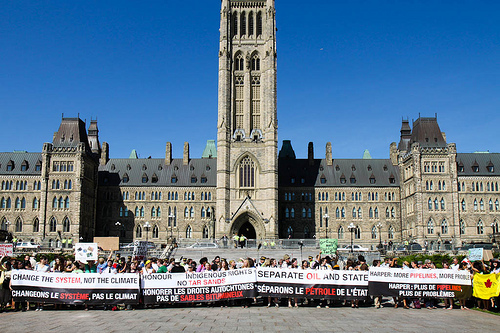 n Ottawa on Tuesday, a judge dismissed all charges against thirteen Canadians on trial. Protesters said they were taking action against “the reckless climate change and energy policies of the Harper Government. The judge threw out the case after the Crown presented insufficient evidence that the peaceful demonstration constituted a crime.

The 13 defendants were arrested on 26 September 2011, during a demonstration on Parliament Hill in which roughly 200 people risked arrest to protest the climate change and energy policies of the Harper government.
Read more http://bsnorrell.blogspot.com/2012/10/ottawa-judge-throws-out-case-against.html
Native Americans and their allies in the US are challenging US presidential candidates to withdraw support for the Keystone pipeline and Alberta tar sands.
In a letter to US presidential candidates, Native Americans and their allies said, “You both know about the poor safety record of Canadian pipeline companies and the economic danger Keystone XL poses to our nation’s food and water supplies. TransCanada’s Keystone I tar sands pipeline, built two years ago, leaked corrosive tar sands slurry 12 times in its first 12 months. In 2010, a similar pipeline run by another Canadian company spilled more than 1 million gallons of toxic tar sands into Michigan’s Kalamazoo River, sickening hundreds of people, displacing homeowners, wrecking businesses, and destroying jobs. Keystone XL – which would pump tar sands at extreme pressure and temperature across nearly 2,000 U.S. waterways – promises more of the same by allowing for leaks of up to 1.7 million gallons daily without triggering a real-time leak detection system. It is not a matter of if, but when, TransCanada’s 1,700-mile tar sands pipeline will compromise America’s breadbasket by contaminating our Great Plains rivers and aquifers.” Read more http://bsnorrell.blogspot.com/2012/10/native-leaders-challenge-presidential.html
Lakotas held a teach in at Pine Ridge, South Dakota, to protect their sacred lands and water from the threat of the dirty tarsands pipeline. Watch Debra White Plume and Richard Iron Cloud statements on videos:
http://www.bsnorrell.blogspot.com/2012/10/video-lakota-sacred-water-teach-in-2012.html
http://www.bsnorrell.blogspot.com/2012/10/video-richard-iron-cloud-earth-stewards.html
On Monday, the Athabasca Chipewyan First Nation filed a constitutional challenge in the Joint Review process against Shell Oil Canada’s application for the expansion of their Jackpine Mine tar sands project. “The First Nation challenge outlines the government’s failure to uphold Treaty 8, and to force better protection of the resources needed to sustain rights protected under Treaty 8. A constitutional challenge based on Treaty 8 rights has never been fully argued in front of an Alberta Joint Review panel and the first nation hopes to set new precedents that may mean changes to the regulatory process.” Read moe http://www.bsnorrell.blogspot.com/2012/10/athabasca-chipewyan-files-court.html
In Pakistan, the full Code Pink delegation arrived in Islamabad today to begin a week of activities to express their opposition to US drone strikes in Pakistan. “The response from Pakistanis has been overwhelmingly positive and welcoming, and many plan to join the Code Pink contingent as it marches to South Waziristan to protest US drone strikes on October 7,” Code Pink said.
“We are already receiving an outpouring of support from Pakistani people who are heartened to learn that there are Americans with a conscience who are willing to come all the way to Pakistan to show solidarity and apologize for the drone strikes that have brought so much death and destruction to the impoverished people of north Pakistan,” said Code Pink cofounder and delegation leader Medea Benjamin http://www.bsnorrell.blogspot.com/2012/10/codepink-peace-delegation-now-in.html
In northern Italy, an humanitarian ship set sail for Gaza this week. “The port authorities in La Spezia in northern Italy finally decided to not give in to Israeli pressure. Just minutes ago Ship to Gaza and its vessel Estelle got final clearance to depart from port. Credit to the responsible officials who showed integrity and a sense of justice! We were beginning to recognize the pattern from last years Flotilla all too well, when a Greek government under pressure took the decision to detain all Flotilla boats in Greek ports.” http://occupiedpalestine.wordpress.com/2012/10/01/flotilla-press-release-estelle-we-are-sailing-again-on-our-way-to-gaza-incl-press-info
In Arizona, Navajos protest planned development of a pristine region near the Grand Canyon in the Bodaway Gap area today. It is where the Colorado and Little Colorado River converge. The spokesman for the group pushing the development is Albert Hale, former president of the Navajo Nation who resigned during a financial corruption probe. Hale was then appointed by the Arizona governor to fill a vacancy in the state legislature and is again now being protested by Navajos.
http://www.bsnorrell.blogspot.com/2012/10/bodaway-gap-navajos-protest-confluence.html
The Occupy the Richmond Chevron Refinery Demonstration Protest is today. The march begins at Richmond Bart station at 3:00 pm with a small rally then a march down Macdonald Ave to Washington Park in Point Richmond, where there will be a second meeting point. Then it continues to the Richmond Chevron Refinery, with a mass rally at 5:00 pm.
First Nation Terrance Nelson continues to shake up Canada with allegations of vote buying, as he readies to leave with a First Nation delegation for Iran. http://bsnorrell.blogspot.com/2012/09/first-nation-terrance-nelson-alleges.html
at October 03, 2012