Terrance Nelson: Canada and US 'War on Children' 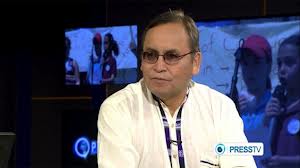 Returning from Iran, Terrance Nelson, former chief of Roseau River Ojibwe, speaks out on the human rights violations of Canada and the US
The Crusader