Write, Email, and Call Albany Mayor Farid Javandel and Councilmember Robert Lieber and request the City Council endorse the United Nations Declaration on the Rights of Indigenous People (UNDRIP), and return 100 acres of land to the Ohlone People. The University of California, Berkeley should collaborate with the Ohlone People in returning the 100 acres to the original inhabitants of the East Bay. The City Council of Albany meets the first and third Mondays of every month. The next Council Meeting will be August 6, 2012.

(Below are links to the UNDRIP)

To: Honorable Mayor and Members of the City Council
From: Quanah Parker Brightman and Hinhanska Hoksila Haney
Subject: Endorse The United Nations Declaration On The Rights Of Indigenous
Peoples And Send Letter To U.S. Secretary of the Interior

RECOMMENDATION:
Recognize and endorse the United Nations Declaration on the Rights of Indigenous
Peoples in respect to returning the land to be used for the University Village Mixed Use Project to the Ohlone People, and send a letter to United States Secretary of the Interior, Kenneth Lee Salazar.

BACKGROUND:
On June 29, 2006, the United Nations Human Council adopted the U.N. Declaration on
the Rights of Indigenous Peoples. The Declaration respects the right of indigenous peoples to self-determination and recognizes subsistence rights and rights to land, territories and resources.

The City of Albany is the homeland to the Ohlone People, whose ancestors have lived for over 10,000 years. The University Village Mixed Use Project requires land that traditionally belongs to the Ohlone People to be used for economic development. The United Nations Declaration on the Rights of Indigenous Peoples (UNDRIP) would enable the Ohlone People to engage the City of Albany and the University of California, Berkeley in a way that "promotes their full and effective participation in all matters that concern them and their right to remain distinct and to pursue their own visions of economic and social development." The UNDRIP is in the same spirit with the Universal Declaration on Human Rights, and UN Charter, which all members must reflect in their national laws.
We also request the City of Albany send a letter to Secretary of Interior Kenneth Lee Salazar.

TUCSON -- Watching Arizona TV news is like watching skits for Saturday Night Live -- except none of it is funny. There’s Sheriff Joe Arpaio, foaming at the mouth over the comedian who used the 'F' word about him. Then, there’s Arpaio's big Hawaii report on Obama's birth certificate. Next up, you have the white newscasters knitting their brows and scowling at the protesters of the banned books and banned Mexican American Studies in Tucson.
Then, in the print media on the web, you see more white reporters in Arizona distracting from the real news on the Navajo Nation.
In southern Arizona, folks are real happy that Navajos are breathing the filth of coal-fired power plants and not them. Still, Arizonans would really like more of Navajos pure water to waste. Arizonans are also content with the failure of reporters to actually go out and talk with Navajos on Black Mesa, and the reporters failures to show up at the Grand Canyon or Church Rock, N.M. for anti-uranium mining rallies.
Arizonans water their lawns, swim in their pools, and enjoy their green golf courses in the Sonoran Desert, while Navajos on Black Mesa haul their water long distances and breathe the polluted air of the dirty Navajo Generating Station, which gives southern Arizonans electricity. All this happens as Navajos fight another attempt by Arizona senators, non-Indian attorneys, and corrupt Navajo politicians to steal something else, and this time it is more Navajo water rights.
Criticizing news reporters makes them nervous, because they know you are right, but they can't agree with you. This includes the reporters of national Indian news sitting in their easy chairs and profiteering from victims, and struggles, for their paychecks, without ever leaving their homes to actually talk with anyone. Instead of journalism, they smash together tidbits they find online and put their name on this cyber-plagiarism for their paychecks.
In the national Indian print media, the online aggregators, getting rich from other peoples labors by posting links, promote the cyber-plagiarizers. Meanwhile, the good hearts, actually doing the work, aren’t making a dime.
Yes, Arizona news is like watching a comedy skit, but no one is laughing. It is outrageous, sick and pathetic. The good old boy reporters keep the system going. They protect the white supremacists and crooks, including those in the Arizona legislature and elected offices, and the corporations, including the coal fired power plants, and Indian water rights thieves. Reporters like to ignore AK47-wielding white supremacist groups in Arizona, until they murder someone, like the infant in Gilbert and the young girl in Arivaca.
At the border, there is always a news spin to keep people from knowing the truth: The truth is US Border Patrol agents routinely abuse Tohono O'odham on their own land, even when O'odham are taking their children to school or driving elderly to the hospital. US Border Patrol agents have murdered and raped migrants on the Arizona border. US Border Patrol agents are also constantly arrested for smuggling drugs and aiding cartels.
It seems news reporters don't think this is sexy enough for the news, so they target others as the enemy, like migrants. Reporters write romantic fiction about border trackers. They attempt to make the cell phone chatting US Border Patrol agents, driving around at high speeds in their air-conditioned cars, and spying on O’odham and abusing O’odham, into folk heroes. The reporters keep quiet too, about the Tohono O’odham elected government which has been co-opted by the US Border Patrol and allows this to continue.
Journalism students can find no better place to observe bias and censorship in news reporting than in Indian border towns like Flagstaff, Arizona. Protecting local advertisers and businesses like the Arizona Snowbowl, is always a priority over fairness in reporting of Indian issues. In southern Arizona, the truth about the ATF supplying weapons to drug cartels seeps out slowly. Project Gunrunner began in 2005 during the Bush administration in Laredo, Texas, but no one cared until a Border Patrol agent in Arizona was shot with one of those weapons.
Among the worst abusers now of human rights are those news reporters who fake it. They use the Internet for cyber-plagiarism, including those reporting national Indian news from their easy chairs. Since they are not present and talking to people in Arizona, including Navajos and Tohono O'odham, those reporters violate their ethical responsibility and encourage abuse to continue by not reporting the truth.
Another tactic in the print media is to allow non-Indian reporters to write the headline news in Indian newspapers, so the news remains superficial. This gives the editors an easy way out. On national Indian radio news programs, listeners are more likely to hear from the exploiters of Indian country, from senators to energy companies, rather than those who are defending the Earth.
Reporters, editors and TV newscasters in Arizona, and reporters of national Indian news, aren’t just failing the news industry, and themselves, they are failing humanity.

Brenda Norrell has been a news reporter of Indian news for 30 years. She served as a staff reporter for Navajo Times, and a stringer for AP and USA Today during the 18 years that she lived on the Navajo Nation. After serving as a longtime news reporter for Indian Country Today, she was censored, then terminated and created Censored News. She is a contributor to Narco News.
For permission to repost this article in full: brendanorrell@gmail.com
at July 19, 2012 No comments:


MNN.  July 18, 2012.  Today in the Federal Court of Canada, Thahoketoteh filed an action [T-1396-12] against Her Majesty the Queen.   He personally wrote the Statement of Claim based on his ten-year experience in Kanekota, “where the waters come from the earth”.  Kanekota is a 575 square miles area in the northern reaches of the Grand River.  It is six miles deep from the banks of the Grand River starting at Lake Erie continuing to the source.  This indigenous land is protected from foreign encroachment for all time by the Royal Proclamation 1784.  It is sometimes called the Haldimand Tract. 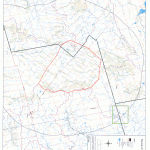 
In June 1778 the Mohawk people of the Upper and Lower Castles in New York State moved from their traditional communities, during the American Revolution.  They temporarily settled in Lachine [Quebec], within the area known as Lower Canada.
In June 1784 they moved to Tyendinaga, on the Bay of Quinte on Lake Ontario. That same year a few families moved to the Grand River.  The Royal Proclamation 1784 was signed by Captain General Sir Frederick Haldimand.  Violations of the proclamation began immediately. 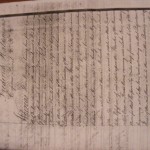 On August 1, 2006, the Mohawk Women, as caretakers of the land, sent notice to the Toronto School Board to vacate Lot 1, Concession 11, Clearview Township, Simcoe County in the province of Ontario, in the Northeast portion of Kanekota.   They vacated but refused to respect Mohawk inherent interest in the land. 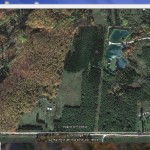 Shortly thereafter the current Finance Minister of the Corporation of Canada, Jim “austerity-measure” Flaherty, built a 90-acre estate on part of Lot 1 Concession 11, near Honeywood.  The driveway leads to a gate manned by high tech  surveillance equipment, leading to 3 three-storey buildings, estimated value of $20 million.  They form a compound surrounding a fancy courtyard with two golf holes and two ponds.  A construction road was bull-dozed through the man-made forest on the Outdoor Education Center property to build Jimmy’s dream. 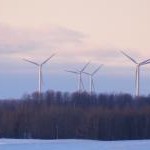 Thahoketoteh has asked for all financial records on their illegal windmill development, to remove all the decomposing rusting weed-covered windmills, to pay compensation and to restore the land to its original state.

In November 2006 the Women, speaking for the people, land, plants, fish and animals, sent Notice to Enbridge Gas [3000 5th Ave. Place, 425 First St. SW, Calgary Alberta T2P 3L8, Tel:  403-231-3900] that they have no right to install a gas pipeline from Shelburne into Hornings Mills. In 1946 the army constructed a pond there which continuously leeched phosphates into the Pine River. Enbridge went on to illegally build the pipeline.


Thahoketoteh insists that Enbridge fully compensate the Kanionkehaka for the illegal construction of their pipeline, for the damage and to restore the land to its natural state.  In particular, to clean the Pine River in Hornings Mills.


In April 2011 Thahoketoteh sent a letter to General Sir Peter Wall, [Chief of the General Staff, Ministerial Core Unit, 4545 Zone A, M.O.D., Whithall, London SW 1A 2HB tel:  011 44 207 218 4000].  He informed him about the Highland Group, a nefarious corporation, and their plans to turn 8,800 acres of Kanekota into a mega-quarry.  They intend to destroy this Royal Protectorate land forever where we intend to live forever.  Thahoketoteh wants a complete list of the shareholders.  He recommends Crown agents who ignore the “Royal Proclamation 1784” be charged with High Treason.  Death is the penalty.


Thahoketoteh has asked that all stolen farms be returned to the Mohawk people; all settlers legalize their presence in Kanekota; and all squatters be removed at Canada’s expense.


Thahoketoteh said, “If the Crown tries to have the case dismissed, they have decided to violate their rule of law and their Royal Proclamation.  They would be guilty of high treason, as it is against the Queen”. 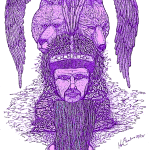 We are reminded of the classic Led Zeppelin song:  “Lyin’, cheatin’, hurtin’, that’s all you try to do”.  It’s all over, Jimmy austerity-measure Flaherty, “Your time is gonna come."