Mohawk Nation News 'Indian Affairs, the End is Near'


INDIAN AFFAIRS, THE END IS NEAR
MNN. Feb. 16, 2013. The Corporation of Canada is trying to do away with us by pretending to remove their international treaty obligations, budget, protection and stealing our ever-growing Indian Trust Fund. They want to get out of actions for liability for all the cruelty, larceny and crimes they’ve committed against us. They think the stroke of a pen can make us into “Canadians” against our will. They will not get away with genocide. Obviously, they will try anything.

Burn, Indian Affairs, burn!
We’re not disappearing. Indian Affairs will be killed off piece by piece. The Indian Act is the “weapon of mass destruction”. We are using the law of the land, Kaianereh’ko:wa/Great Law of Peace, the Two Row Wampum and taking over our massive Indian Trust Fund. Then we can do what ever we need to do. We will set up law of the land courts. Everyone has to follow it.
We want full accountability and total forensic audit of Indian Affairs and its entire gangsta’ apparatus, subsidiary companies, contractors, and the names of all the shareholders of the derelict corporations. We will be holding the feet of the criminals to the fire. A lot of lawyers and consultants have been getting big career boosts and piles of our money by misrepresenting us and feigning investigations into criminal acts committed against us by the colonial government without resolving them. By design, they are meant to be lost.

Queenie: “Look what you did. Now I have to get a REAL  job”.
Indian Affairs is organized crime. Prime Minister Harper is the head Don. The provinces, ministers, corporations, judges and armed forces are all part of it. They take blood oaths to the godfather [mother], Queen Elizabeth, to hide their wrong doing, as Pope Ratzinger is doing now hiding in the Vatican to avoid prosecution.
The tribal and band councils are striving to become full patch members to exercise the rule of terror over us to keep us in line. They are all following the business plan of the royal economist bankers.
A proper land-lord tenant relationship will be set in place. Settlers will stop gobbling up our assets, polluting our land and destroying the inheritance of our coming generations. We will  sit down and start talking about the terms under which they can stay here. Their future relationship will through Guswentha to the Kaianereh’kowa. They must become of one mind with us, or the war will continue.
No, we’re not afraid to get rid of Indian Affairs. They have an ongoing debt to us supported by their own laws [Section 109, BNA Act, Royal Proclamation, and so on] and the human rights covenants Canada signed and supports internationally. We have to carry out our original instructions. The land has to be taken care of. The damage has to be repaired.

Discussion in the lunch room at Indian Affairs.
As David Bowie sings in “Space Oddity”: “3, 2, 1, Blast off! And may God’s love be with you”. “Space Oddity” by David Bowie
MNN Mohawk Nation News kahentinetha2@yahoo.com  For more news, books, workshops, to donate and sign up for MNN newsletters, go to www.mohawknationnews.com  More stories at MNN Archives.  Address:  Box 991, Kahnawake [Quebec, Canada] J0L 1B0 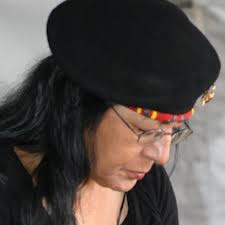 While citizens in Nebraska and all over the USA watched and waited for the decision of Nebraskan Governor Heinman regarding his decision to allow or prevent the Transcanada Keystone XL oil pipeline into ‘his’ state, I cringed, as that mentality is damaging and part of the colonial construct. The Ogllala Aquifer does not acknowledge the Governor. Nor does it acknowledge Secretary of State JohnKerry, nor President Obama. I also cringed because another chamber of the heart of the matter is where the tarsands oil comes from in the first place, and what that mining is doing to the Boreal Forest, the Athabascan River watershed, and the Red Nations People and all of life in that area.
The dirty tarsands oil is coming from the tarsands oil mine which has wreaked havoc on the lands and waters and all of life there, only to feed the insatiable monster of greed of the fossil fuel industry and the discussion must include the need to get off the fossil fuel train wreck that is ruining the earth to line the pockets of a few, and the discussion must include the realization that the time is now for all mankind to re-evaluate their true needs and wants and decide if they want this pipeline so bad they are willing to wreck the delicate balance we have already impacted so much.

There comes a time when it boils down to personal responsibility. We either look at the whole big picture to see the truth or we continue to live in the many levels of denial that we all construct, and make excuses for what the industry is doing with our support as inactive human beings. People need to take courage and take that stand that this fossil fuel industry and the tarsands oil mine is wrong and work to shut it down before it is too late. Letting that pipeline in is not only contributing to the continuation of the tarsands oil mine, destruction of sacred water and all of life, it is actually supporting the continuation of the tarsands oil mine while it risks our sacred water here because it WILL leak and spill and when it does, it cannot be cleaned up, the technology does not exist.
We have to be brave and strong and take action to stop that pipeline and shut down the tarsands oil mine. People need to see the bigger picture and realize the kind of government they have that sets up the situation so they have to choose a job over stopping the biggest threat to the Ogllala Aquifer and all our surface water as well. Who will take a stand to defend sacred water? The sacred water must be preserved for our coming generations. IT IS THEIR WATER.
I hope everyone in Washington DC tomorrow yells out 4 times “SHUT DOWN TARSANDS” in a combined voice of 30,000. That would make this Grandmother very, very happy. And the Universe may be listening. Hecetuwe.
at February 16, 2013 No comments:

PALEFACE PRIVILEGE
MNN. Feb. 16/13. Fundamentalist whites think they are always right. Prime Minister Harper cruelly and coldly told Indigenous women victims of horrific assault and sexual abuse crimes by the RCMP to go to their rapists to file reports. This is a disrespectful white privilege remark to fuel racism.

When we walk into a store at the same time as a white person, the security guard follows us and leaves them alone to shop.
When a white persons tries to get into a school, applies for a job, or hunts for an apartment, they get it because they are white and don’t look threatening. The person dishing out the privilege is usually white. White privilege also means scores of second rate white people slide through the system because their ignorance and flaws are overlooked. This has obviously lead to mediocrity of brains and talent in high places.

Re: 2007 AFN-RCMP collaboration.
Whites benefit from living in a world they designed, mostly run by white people that has been built on our land. They always say they did not personally take the land, but continue to benefit from its possession and fruits. To do this they inflict systemic racism and lawlessness on the land owners.
We always point out white privilege. No one listens to us unless a white person says it in mainstream media.  Otherwise the masses do not believe it. Historically, on MSM 4 bad stories for every good one on Indigenous to fuel racism.
Here are some of the white insights into the issue: white privilege can’t be changed. They say affirmative action has made being white a disadvantage! It’s natural. White privilege is a good thing because white Europeans have civilized the world. Whites are inherently superior. Any white who says differently is a weakling and a traitor.
Integrational whites are often paternalistic and condescending of Indigenous people. They want to keep the peace, avoid confrontation and maintain control. They want to keep the status quo, to continue the systemic racism.
They’re adamant about keeping their white privilege. They are concerned about any of the settlers who are starting to stand against the genocide.
White privilege is not merit. It is unearned. When we Indigenous seek a job, an apartment or a position in school and we are turned down, it’s because we are Indigenous. Unqualified whites will generally be put ahead of us on most lists.

Kemosabe! When smoke come over big mountain 3 times, I will return.
As Procol Harum sang: “And so it was that later, as the miller told his tale, that her face, at first just ghostly, turned a whiter shade of pale”. Whiter Shade of Pale


http://mm.thestar.com/news/canada/article/1328000–assembly-of-first-nations-rcmp-co-operated-on-response-to-mass-protests-in-2007
at February 16, 2013 No comments: