US lies to UN Human Rights Council about spying, torture and imprisonment of migrant children 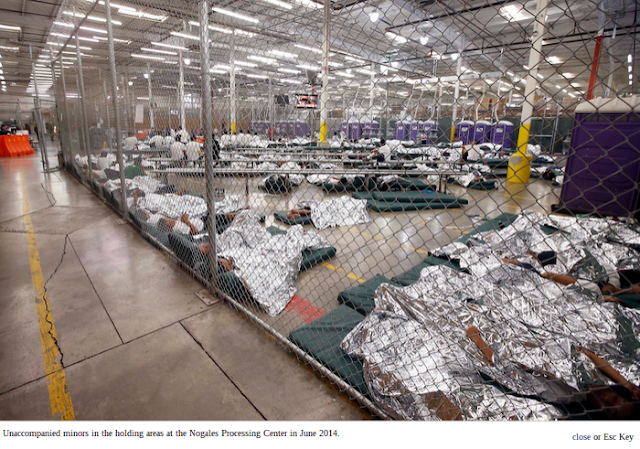 The session was broadcast live on the web, making possible this coverage.
For permission to repost or publish this article: brendanorrell@gmail.com
at May 12, 2015 1 comment: 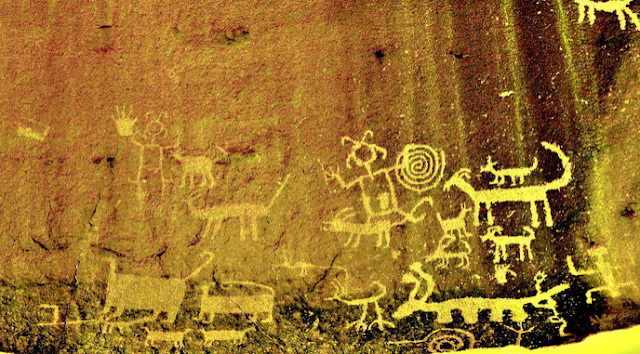 Citing threats to public health, clean air and water, and Navajo communities in the region, the coalition called on a federal judge to issue an injunction on oil and gas development in the Greater Chaco region in light of the Bureau of Land Management’s illegal approval of hundreds of drilling permits.

"We need to put a stop to fracking in the Greater Chaco region because it impacts the living peoples, the water, air, wildlife, medicinal plants, and offering points," said Sarah Jane White of Diné Citizens Against Ruining Our Environment. "There are already reports of contaminated water from fracking activities and some people have to buy bottled water. Elders have been forced to sign oil and gas leases and this is an environmental justice issue! BLM needs to seriously consider all these impacts before approving any more oil and gas leases."

The Greater Chaco region is home to many Navajo communities living amid extensive oil and gas development that threatens their way of life. The area is also home to Chaco Culture National Historical Park, extensive ancestral Puebloan ruins and is considered the cultural heart of the American Southwest. Over the last two years, the Bureau of Land Management has approved more than 240 new fracking proposals, primarily near the community of Lybrook and within 20 miles of Chaco Canyon.  This is despite the agency’s acknowledgment that it has never analyzed how this development will impact public health and the environment, and has no plan in place to protect the region’s air, water and communities.

"For the Bureau of Land Management to continue to allow fracking in an such a sensitive area with no analysis of its effects will irreparably harm the people who live there, unique cultural resources and the climate" said Kyle Tisdel, climate and energy program director at the Western Environmental Law Center. "The fracking permits already approved are unlawful, and issuing new fracking permits without any information on the effects is unconscionable."

The groups filed suit in March challenging the agency’s approval of fracking wells in Greater Chaco without considering the impact that such development would have on the environment and human health.  Since then, the Bureau of Land Management has continued to approve drilling permits without completing a study of the impacts, as the law requires. If the court grants an injunction, it would temporarily stop the agency’s approval of new drilling permits until the lawsuit is fully resolved.

"Bending to the demands of the oil and gas industry, the Bureau of Land Management is sacrificing the Greater Chaco region’s culture, its people, and its public lands," said Jeremy Nichols, WildEarth Guardians’ climate and energy program director. "This is about stopping illegal fracking, saving Greater Chaco, and reining in the Bureau of Land Management’s outrageous willingness to do whatever it takes to make industry money."

"Not only in New Mexico, but in states across the country, the federal government has been approving new fracking without the legally required review necessary to fully understand the threats to human health and the environment," said Matthew McFeeley, a staff attorney with the Natural Resources Defense Council. "The administration has turned a blind eye to the harms that widespread fracking is causing on public lands, which provide drinking water for millions and are home to America’s last wild places. It’s time for the agency to go back to the drawing board and ensure a thorough and up-to-date analysis of all the risks to clean air, clean water, sacred sites, and nearby communities."

A copy of the May 11, 2015 preliminary injunction is available here.

On May 13, 2015, in Activités minières, Sites sacrés amérindiens, by Chris P 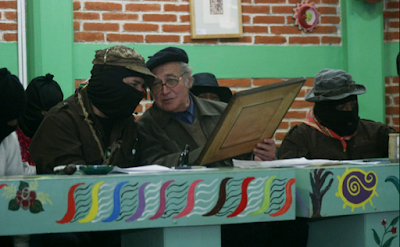 ZAPATISTA ARMY FOR NATIONAL LIBERATION.
MEXICO.
From the mountains of the Mexican Southeast, and now from underground.
Subcomandante Insurgente Marcos.
Mexico, May 2, 2014.


Made public May 2, 2015.
Introduction.
Good evening, good day, and good night to those who are listening and those who are reading, whatever your calendars or geographies may be.
What we will now read publicly are the words that the late Subcomandante Insurgente Marcos had prepared for the homage to Don Luis Villoro Toranzo in June of 2014.
He had imagined that the relatives of Don Luis would be present, specifically his son, Juan Villoro Ruiz, and his compañera, Fernanda Sylvia Navarro y Solares.
Days before this homage was to take place, our compañero Galeano was murdered. He was a teacher and autonomous authority who was and is part of the generation of indigenous Zapatista women and men forged in the clandestinity of our preparation, in the uprising, in resistance and in rebellion.
The pain and rage that we felt then and now over what happened that May one year ago, added to our sorrow over the death of Don Luis.