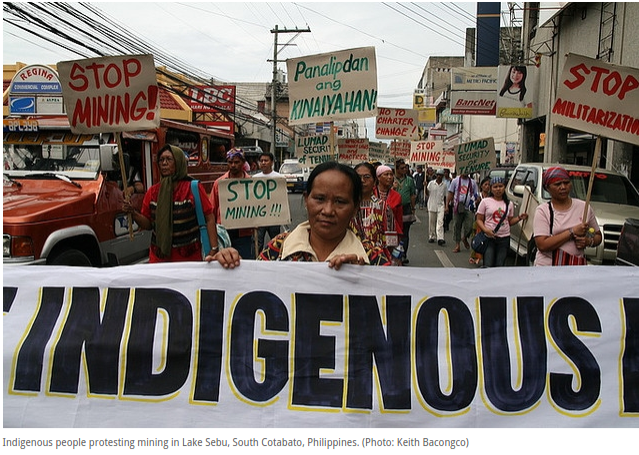 From the publisher of Censored News,

Here's my challenge to the UK Guardian and New York Times. For the Guardian: Expose how the wealth and pomp of the so-called royal family is the result of the genocide of Indigenous Peoples globally, and examine what has been the result of the loss of land and natural resources for Indigenous Peoples in each country.
The challenge for the New York Times: A series exposing US and Canadian mining corporations and their role in the ongoing assassinations, rapes and disappearances of Indigenous Peoples in the Americas, Pacific, Africa and Asia. The roles of politicians and lobbyists should be included.
The challenge for both The Guardian and New York Times: Expose the role of the churches in the theft, abuse and torture of Indigenous children in boarding schools in the US, Canada and Australia. This should include the role of Catholic priests in the widespread sexual assault of Indigenous children in boarding schools. These atrocities continue today.
One of these is the St. Labre school on Northern Cheyenne in Montana, where children have been sexually abused by priests, while the Catholic Church has exploited the poverty to enrich the church with millions.
Further, it should include the Pope's role in the violation of sacred land and opposition to traditional people, including the placing of telescopes on Apaches sacred Mount Graham.
While the Guardian's coverage of Indigenous Peoples globally has been far superior to that of the New York Times, still the role of England is yet to be exposed.
As for the New York Times, fluff and web rewrites are not authentic journalism.

Excellent challenges, Brenda, all around. How can these media giants close their eyes and ears on so many fronts where violence and violation take place, day after day, and maintain any self-respect or good conscience as serious news services?