Click here to register - 'Women Leading Solutions on the Frontlines of Climate Change - Paris'
Click here to register - International Rights of Nature Tribunal
This December 2015 world governments will gather in Paris, France for the United Nations Framework Convention on Climate Change (UNFCCC) COP21 climate negotiations, where they will work to finalize an international climate agreement with profound implications for our global trajectory and the health of people and planet for both present and future generations.
The window of opportunity for acting on climate change will not be open for long – making this likely the most critical climate negotiations of our times.

Jaqui Patterson, Melina Laboucan-Massimo, and Thilmeeza Hussain at WECAN's 'Women Speak: Climate Justice on the Road to Paris & Beyond' event, September 2015
The Women’s Earth & Climate Action Network (WECAN International) will be in Paris during COP21 – working both inside the UNFCCC negotiations, as well at outside events and on the streets with diverse civil society efforts and people’s movements. We will advocate for plans and policies that are in line with the magnitude of the crisis we face, and which foster justice for women, the Earth, and all of its peoples.
To review the detailed action plan that WECAN International will be using in COP21 advocacy work, please see the Women’s Climate Action Agenda and Women’s Climate Declaration. You can also join our network of worldwide women for climate justice for International Organizing Calls in advance of COP21.
Public Events Outside of COP21
Dec 7: Women Leading Solutions on the Frontlines of Climate Change - Paris
Free and open to the public!
English - French - Spanish translation will be available

Dr. Vandana Shiva and Dr. Jane Goodall speak at WECAN's International Women's Earth & Climate Summit. Photo by Lori Waselchuk.
Join the Women’s Earth & Climate Action Network on December 7th for ‘Women Leading Solutions on the Frontlines of Climate Change – Paris’, an extraordinary gathering with worldwide women leaders joined in solidarity to speak out against environmental and social injustice, draw attention to root causes of the climate crisis, and present the diverse array of visions and strategies with which they are working to shape a healthy and equitable world.
This event is organized with the conviction that real forward movement towards climate justice depends on the full and equal participation of women in all stages of decision making and implementation, and that real change will come from women mobilizing and taking action at the local, national, and international level. Women have always been on the frontlines, now it is time for them to be at the forefront.
‘Women Leading Solutions on the Frontlines of Climate Change – Paris’
December 7, 2015  - 13:00 to 18:30
Paris Marriott Opera Ambassador Hotel, 18 Boulevard Haussmann 75009 Paris
Speakers to date include:
Click here to view full speaker biographies
Click here to register: 'Women Leading Solutions on the Frontlines of Climate Change-Paris'

Gloria Ushigua of Ecuador speaks at a WECAN event during COP20
Dec 4 & 5: International Rights of Nature Tribunal
Free & open to the public!
The International Rights of Nature Tribunal will meet in Paris on the 4th and 5th of December. Hosted by the Global Alliance for the Right of Nature, the Tribunal is a unique, citizen-created initiative that gives people from all around the world the opportunity to testify publicly on destruction of the Earth and their communities, while advancing an alternative legal framework for living in harmony with the Earth.

The Tribunal will feature internationally renowned lawyers and leaders for planetary justice, who will hear cases addressing issues such as climate change, GMOs, fracking, extractive industries and other environmental violations and offer judgments and recommendations for the Earth’s protection based on the Universal Declaration of the Rights of Mother Earth.
WECAN International serves on the Steering Committee for the Global Alliance for the Rights of Nature. WECAN's  Executive Director, Osprey Orielle Lake, is honored to serve as a key event organizer and the lead tribunal judge for the climate change case.
Click here for more information & registration: International Rights of Nature Tribunal

Formal Events Inside COP21
Inside of the COP21 venue, WECAN will advocate with the Women and Gender Constituency, hold an official UN side event, and participate in various press conferences on women and climate change, the Women's Climate Action Agenda, and the International Rights of Nature Tribunal.
Further details on press conferences will be posted as they become available
Accreditation badge required to enter events listed below
Dec 8 - Global Women & Indigenous Peoples on the Frontline of Climate Solutions: Forests & Renewable Energy

Alicia Cahuiya Iteca, Huaorani Nation speaks at a WECAN event during COP20 Lima
Join us for a formal COP21 side event where we will examine the Women’s Climate Action Agenda, a climate justice blueprint for our path forward; present the Sarayaku people of Ecuador’s "Living Forest" proposal, highlighting Amazonian indigenous solutions; and showcase women as agents of change in transitioning to 100% renewable energy.
Formal UN Side Event at COP21 - Requires accreditation badge to enter
December 8, 15:00-16:30
Observer Room 01, Blue Zone
-
If you would like to join the Women’s Earth & Climate Action Network on the ground in Paris, or would like to participate in pre-COP21 strategy sessions with our international women’s network – please contact Emily at emily@wecaninternational.org
All questions and comments about WECAN International at COP21 may likewise be directed to emily@wecaninternational.org
at November 28, 2015 No comments:

Indigenous Environmental Network Delegation Travels to Paris for UN Climate TalksOver 45 Frontline Leaders Will Participate Inside and Outside COP21
Bemidji, MN – The Indigenous Environmental Network (IEN) is taking a delegation of over 45 Indigenous frontline leaders from across North America to participate inside and outside the 2015 United Nations Framework Convention on Climate Change in Paris, France. The conference, also known at the Conference of Parties 21 (COP21) will run for two weeks from November 30th to December 12th, 2015, with the intended objective of achieving a binding and universal agreement on climate, from all the nations of the world.
The Indigenous Environmental Network’s delegation is a diverse group of Indigenous spokespeople from across North America who are representing various issues and campaigns directly affecting Indian Country, in regard to extractive development and community-based solutions to climate change. IEN will be joined by  a sister organization called Grassroots Global Justice, together forming a 100-person delegation titled, “It Takes Roots To Weather the Storm”.
The Indigenous Environmental Network is a registered civil society, non-governmental organization with the United Nations and will have accredited delegates inside the civil society forum of the climate negotiations as official observers. IEN will also have delegates participating in a number of “outside” events, actions, and meetings happening throughout Paris during the two weeks of the conference.
It is the intended goal of IEN to influence the climate negotiations for the explicit purposes of achieving four core demands from the COP21:
As a means to accomplish this goal, IEN will be performing a series of cultural demonstrations and public events throughout Paris to raise awareness of critical issues affecting frontline communities. Some of which are as follows:
A critical component of the IEN delegation is the emphasis on Indigenous women and youth leadership. The Indigenous Environmental Network is one of the founding signatories of the Indigenous Women of the North and South – Defend Mother Earth Treaty Compact 2015. This historic document will be presented at a press event on December 6th, 2015. IEN will also be bringing 13 Lummi youth from the Puget Sound area of the United States to encourage in-depth participation by our future leaders and generations.
Our current list of key spokespeople and their respective focal issues:
For more information: schedule of events, blogs, podcasts, delegation information and media please visit www.IndigenousRising.org.
### 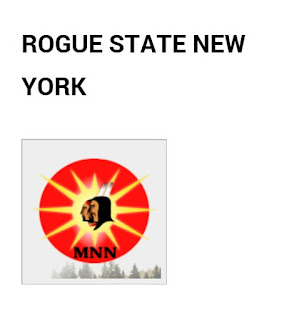