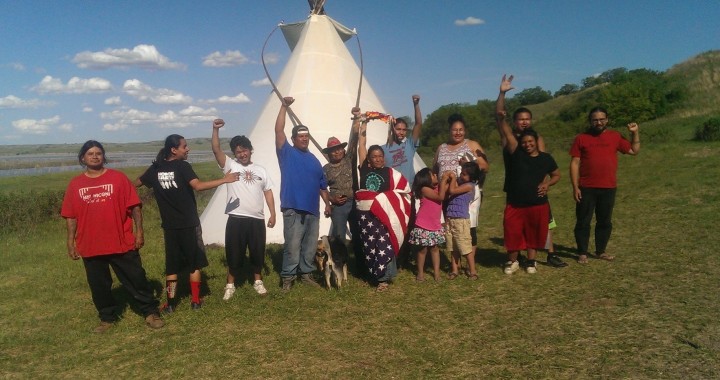 Posted on May 24, 2016
May 24, 2016 – Camp of the Sacred Stones, Cannon Ball, North Dakota
Indigenous Rising
http://indigenousrising.org/human-shield-of-prayer-moves-in-front-of-dakota-access-pipeline-construction/

Today, in opposition to the Dakota Access pipeline and the illegal start of  its construction in North Dakota, a human shield of prayer has moved in front of the construction site northeast of Cannon Ball, ND on the east bank of the Missouri River. The human shield of prayer is on United States Army Corp of Engineer property.
[The Dakota Access Pipeline is a proposed 1,168-mile, 30-inch diameter pipeline that will connect the Bakken and Three Forks production areas in North Dakota to Patoka, Illinois, transporting over 450,000 barrels of oil per day.]
These land defenders plan to stay at the construction site in an display of non-violent prayerful action as long as possible. 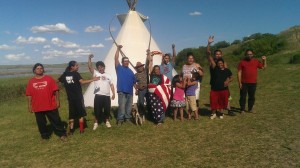 Oceti Sakowin water protectors before they cross the Missouri River to create a human shield against Dakota Access pipeline construction.


THE FOLLOWING IS A STATEMENT BY THE WARRIORS WHO WILL BE ENGAGING IN NON-VIOLENT DIRECT ACTION AT THE DAKOTA ACCESS CONSTRUCTION SITE:
We are telling the Army Corp of Engineers that they have a trust responsibility to the Oceti Sakowin. That without water there is no life. To deny the permit for Dakota Access now and be good stewards of the land they stole from us which by law is still ours.
“We are headed across the river to the route of Dakota Access to pray. Remaining non-violent to any obstacle that we may face,” says Wiyaka Eagleman, Sicangu Lakota, Elsevier S.D.
“Today I’m going over the river to pray hard and as long as I can for the people to have a change of heart to stop this pipeline,” says Jeremiah Canku Maza, Standing Rock Sioux Tribe
“I stand strong with my relationship in this area. I am here to remind people of who’s land that we are truly protecting. The water, land, animals and air. They give us life. Greed kills. No more pipelines. Honor the treaties,” says Tania Aubid
“We are here to stop a snake who wants to cross the Missouri river. This is Oceti Sakowin treaty territory. No one asked for our input. No Dakota Access pipeline. America is built on stolen lands,” says Justin Rowland from the Fire Lightening Band of the Oglala
The Army Corp of Engineers is expected to make a decision soon. We want a full EIS, we want this pipeline to be denied. We want the world to know we stand on our treaty rights and for all the people who drink the water from the Missouri and use it for fishing, and recreation. Life is more important than a pipeline. 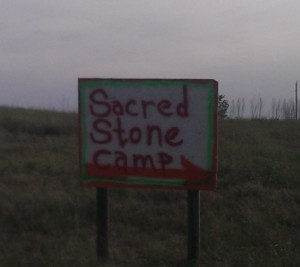 Direction Sign to the “Sacred Stone Camp” near Cannonball, ND 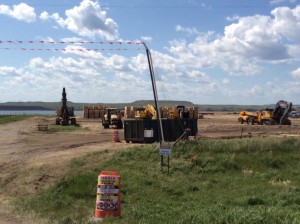 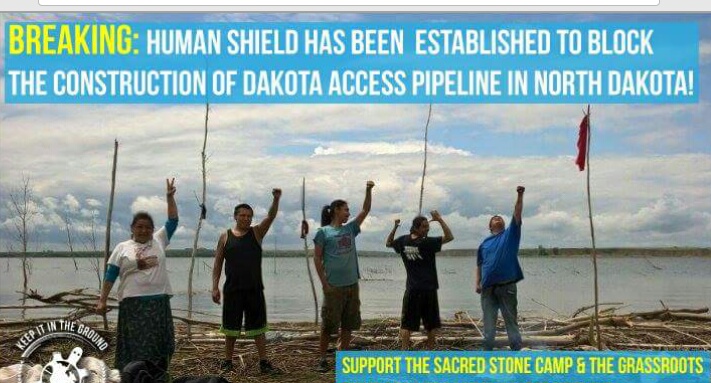 Sacred Stone Camp: Human Shield on Standing Rock in North Dakota is blocking construction of the Dakota Access Pipeline which is threatening the water sources of the Dakota, Lakota and Dakota.
More information:
http://bsnorrell.blogspot.com/2016/05/alert-dakota-access-pipeline-begins.html
at May 25, 2016 1 comment: