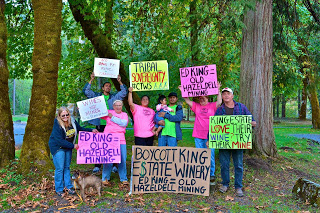 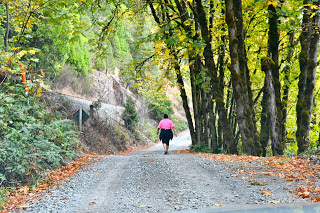 Censored News
OAKRIDGE, Oregon (October 4, 2016) -- Last weekend marked the first year of the Molalla Ancestral Run. On Saturday October 1st, members of the Chakgeenkni-Tufti band of Molalla Indians called for ceremony in response to the recent proposal to turn our ancient village site in to a gravel mine in Oakridge, Oregon.

During times of great burden it has been a tradition of our people to join together in ceremony and prayer. We are retracing an ancient route of our ancestors and honoring them in the process.

Rather than focus on negativity, we have chosen to rejoice in our ancestry and shared history in Oakridge as tribal people and settlers. We have chosen to uplift, support and share with each other during this time.
Read more »
at October 04, 2016 1 comment:

'Water is Life' rings out at North Dakota Governors Debate


Tuesday, Oct. 4, 2016: Breaking News: Water Protectors Boldly Disrupt Governors' Debate Speaking Truth to Power Tonight in Bismarck
"We will never allow this pipeline - Not Now - and Not Ever!" #NoDAPL
Share if you agree that we will defeat the Dakota Access Pipeline!
Video credit: Johnny K. Dangers #MniWiconi #WaterisLife 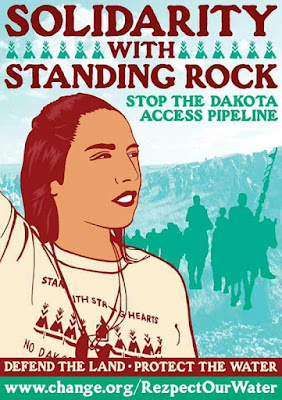 Aho!Oyate Music Group Recordings released the new song Defend the Sacred (Standing Rock) by NAMMY award winning artist, Tony Palmer and Breeds on 10/03/2016.This song is a tribute to the warriors defending against the DAPL for ALL PEOPLE!I have included a link for a free download. A "mastered" .wav file is available upon request for broadcast.Thank you in advance for your support! DEFEND THE SACRED! RAISE YOUR VOICE! Mitakuye Oyasin,Tony Palmerhttps://cdbaby.com/cd/tonypalmerandbreeds2FREE DOWNLOADYou can also follow us on Facebook: join the DEFEND THE SACRED group.