Please post and distribute.
MNN. Oct. 18, 2016. The US genocide of our people is not over until the kaia’nere:kowa wins! We will not retreat or surrender. The colonial settlers who do not stand with us are complicit. Corporate rules are created to make them unaccountable for their attempted annihilation of us and creation. The I-81 INDIAN Detail soldiers were tried and found not guilty of a military attack of unarmed onkwe’hon:weh on private land during a ceremony. They wore war helmets and carried war equipment. We rotino’shonni are going to hold them accountable. We will continue until they are charged with genocide in the international court.

The moose horn always works!
Just like Oka in 1990, it was a surprise attack on May 18, 1997, of the unarmed men, women, children and elders, by the heavily armed NYS INDIAN Detail. When the attack started everyone yelled to grab the kids and run for our lives. The INDIAN Detail viciously attacked us with their steel tipped bats, boots, arms, pepper spray and every war equipment they had. Our people faced them and were beaten, legs and ribs broken, heads bashed and then arrested. The military did not open fire with gatling guns, though they might have had them ready nearby.

Those onkwe’hon:weh just won’t surrender!
The women, kids and elderly made up 75% of the people. The “weak ones” were the target to decimate our community and families.
The onondaga tribal chiefs do not do their own fighting. They want everyone to submit to their corporate rule. Oren Lyons and Ollie Gibson helped send in the NYS INDIAN Detail to beat up and threaten their own people. They made up the “hit list”.
Those who pray to some outside entity to save them are giving their power to the enemy. Speak to our ancestors. Otherwise the enemy wins.
New York State Police George Beach, Dennis Blythe, James Parmley, Robert Haumann and James D. Moynihan planned, supervised and carried out this unprovoked attack. George Beach ordered the soldiers to remove their name tags, that there be, ‘no negotiation, and just take them anyway you can’. The people were circled and everyone was assaulted. No one was supposed to escape. The videos shows no one was on the road. Supreme Court Justice Sotomayor’s decision in 2006 confirmed that the attack was illegal and The INDIAN Detail had no defence and could not plead qualified immunity.

George Beach orders INDIAN Detail: “Remember to get the right guy!”
Protocol has now been established to let the army attack anybody with impunity. We could not identify the disguised force. They could have been any mercenary unit brought in to take us out.
The press was at the biggest ceremonial gathering of the rotinono’shonni/Iroquois Confederacy. They made up the story that it was a “protest”.
This attack was a false flag. NYS made up lies that we were trespassing on our own property, that we were on the highway, that we might have a gun and so on. The military and the Indian Ring were in charge of this operation.

If this case stands unchallenged, they would allow, reward and condone unlawful attacks by the military.  The onondaga15 are filing a notice of appeal.
Bruce Springsteen made the same kind of vow about not retreating: “We made a promise… proud brothers, in the stormy night, with a vow to defend. No retreat, baby. No surrender”.
Standing Rock.

Chili Yazzie -- Beyond the Pipeline, Standing Rock is Ultimate Stand for Earth Mother 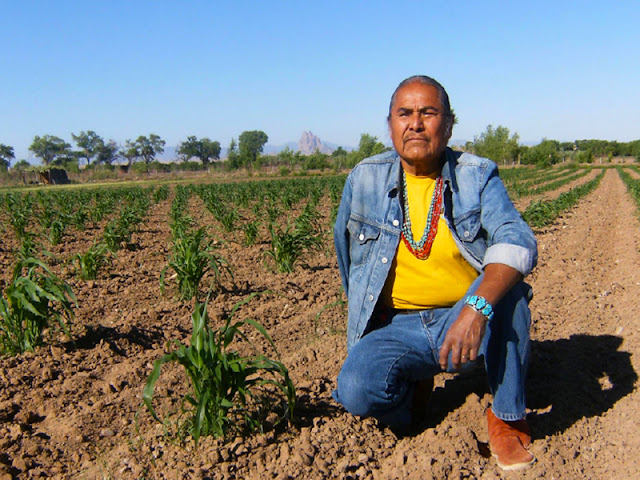 'The confrontation is beyond the pipeline, it is a battle over the waters and earth that will sustain the life of our children into future times. It is an ultimate stand that may determine the future of life on the Earth Mother.' -- Chili Yazzie


By Chili Yazzie, Dine'
Letter to the Editor, Censored News
In struggles throughout history there is a positive and negative side, justice versus injustice, good against evil. The standoff at Standing Rock is such a story. The Energy Transfer Partners with its Dakota Access Pipeline and supporters on one side; the Standing Rock Sioux Tribe and supporters on the other.
Standing Rock and multitudes of people oppose inflicting more damage to the earth. The pipeline will destroy waters of life and further contaminate the environment. The permanent consequences of climate change will be inherited by our grandchildren.
In this confrontation between the Destroyers and the Protectors; the Destroyers have the power of physical advantage and the Protectors have the power of spiritual advantage. The spiritual always prevails over the physical.
The only recourse the Destroyers have is to exert more brute force which has its raw limitations. The arrogant taunting with massive and lethal physical force can do two things; intimidate its target into submission or provoke injury and possible loss of life. The show of force has failed in its intent, as the Protectors are not intimidated.
It is clear who will prevail and who must back off. We want life; DAPL and such ‘developments’ across the world threatens all life. The confrontation is beyond the pipeline, it is a battle over the waters and earth that will sustain the life of our children into future times. It is an ultimate stand that may determine the future of life on the Earth Mother.

The Legacy of XIT: Sounding out the Movement in the Beginning 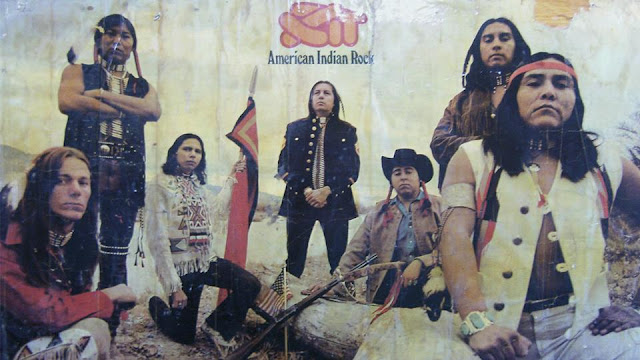 This is XIT II composed of RC Gariss - rebel white brother, lead guitar; Tyrone King - Diné from Shiprock, percussionist; Lee Herrera – part Santo Domingo, drums; Tom Bee – Santee Lakota, lead vocals; Jomac Suazo – half Taos, bass guitar; Obie Sullivan – Muskogee Creek, piano and Chili Yazzie – Rez boy from south side, percussionist/roadie. A. Michael Martinez, lead vocals from Plight of the Redman had left XIT to pursue other music interest; RC, Lee, Tom Bee, Jomac are from ABQ, Obie is from Broken Arrow, outside of Tulsa, Oklahoma, me I’m still in Shibrock and we lost my Brother Tyrone in 1995. Tyrone is on the Silent Warrior album recorded at Motown Studios in Hollywood, you can hear his bells.

Other XIT members were Bruce Davis, Apache/Samoan, 6’5” ex-Lobo wrestler (didn’t wear a shirt, just brown buckskin pants with fringes), he walked on to the next world. There were also JW King, road manager extraordinaire, Diné from Shiprock and Ed Johns, Diné, my roadie Brother from Crystal, Navajo Nation. With XIT II, there were 4 of us Diné on the road, they all passed on. I am the surviving member. -- Chili Yazzie (lower right in photo.)
at October 18, 2016 3 comments:

Breaking: We just saw a Convoy of 10 fully oversized semis loaded with NEW Dakota Access Pipeline heading south on Highway 6 directly where the pipeline crosses the road. Heavy construction is ongoing east of the highway with large crews. DAPL is working as fast as possible to race towards the Missouri River. We must stop the Black Snake! Share! #NoDAPL #WaterisLife #KeepitintheGround 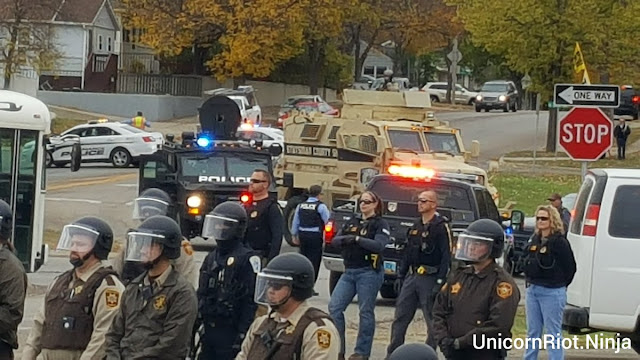 Go to Unicorn Riot for coverage!
Thank you to Unicorn Riot for continued coverage after four live streamers have been arrested and jailed during pipeline coverage.
Unicorn Riot has been live streaming at Standing Rock since Camp of the Sacred Stones was first created. Their recent excellent coverage includes the lock downs in Iowa, where Dakota Access Pipeline is seizing land of humble farmers, and threatening more than 60 rivers with the pipeline. All pipelines break. -- Brenda, Censored News
http://www.unicornriot.ninja/?p=10186
at October 18, 2016 No comments:

Statement of the National Indian Education Association, after the driver of a truck plows through Indigenous Peoples Marchers in Reno. Reno Police charged the victims and only charged the driver with a misdemeanor. One grandmother is hospitalized with a fractured pelvis.

On behalf of the National Indian Education Association (NIEA) the largest and oldest
organization advocating for American Indian, Alaska Native, and Native Hawaiian
students, schools and communities, we write to express our deep concern and
outrage at the recent assault and hate crime that was committed against the Reno
Sparks Indian Colony, Nevada Tribes, and the community who were engaged in a
peaceful rally and march to protest Columbus Day and calling for the city and state to
replace this federal holiday to honor Indigenous People's Day. NIEA has long
supported Indigenous People's Day, having passed a resolution just last year as an
appropriate way to name what is now known as Columbus Day. We are particularly
concerned that our tribal and urban Indian communities continue to experience a
legacy of historical trauma from the generations of federal policies meant to
dispossess and terminate our very existence.