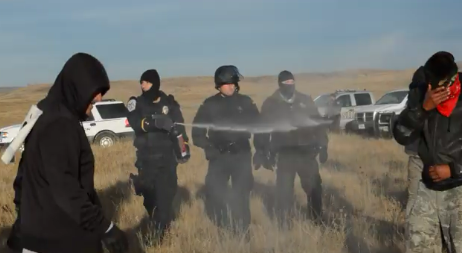 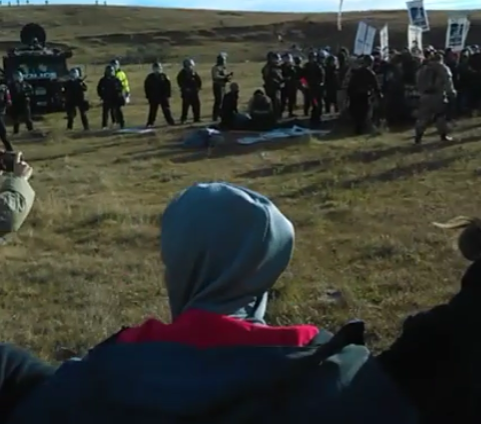 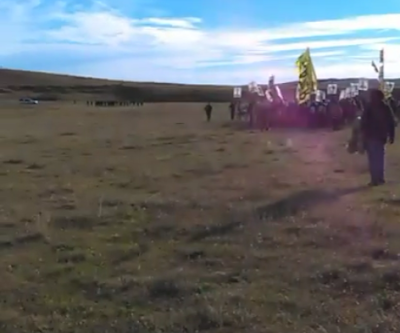 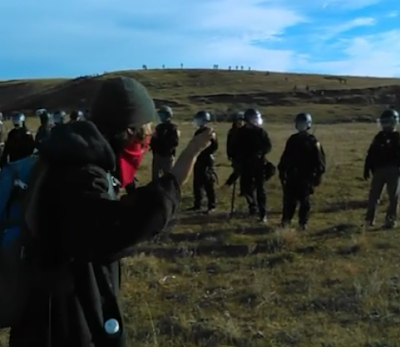 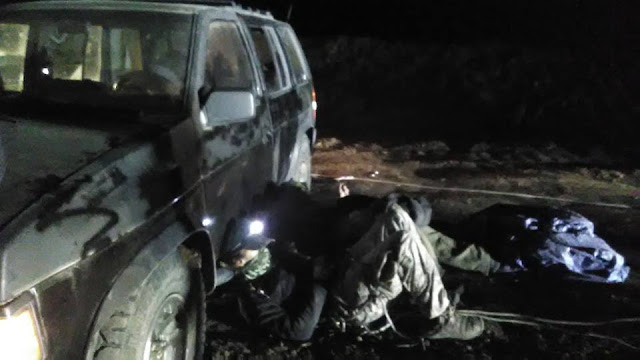 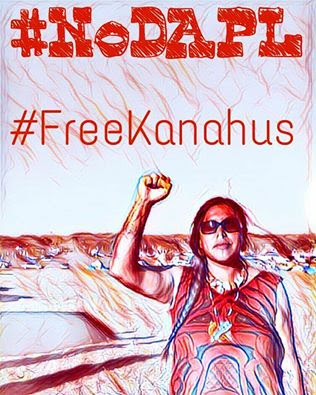 
Morton County, ND – Early on Saturday, October 22nd, water protectors from the camps near the Standing Rock Sioux Reservation set out on foot to confront construction that threatens to destroy more sacred burial sites.
Dakota Access has continued with construction despite the September 9 request from the federal government to suspend construction within 20 miles east and west of Lake Oahe. On Saturday morning dozens of riot police were guarding the construction site, which is about five miles away from the encampments. Unicorn Riot was on the ground providing live streaming coverage today.
Unicorn Riot reporters’ live feed is here:
at October 22, 2016 15 comments:

Tipiziwin 'Warriors Come Back! They are Chasing our People to the River' 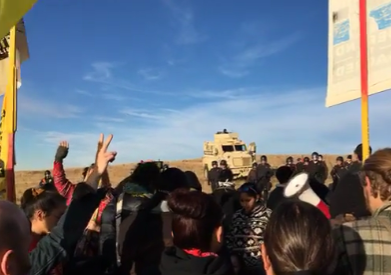 Please watch the video posted by Wiyaka Eagle Man, the police, the military, armored vehicles, assault rifles, they are chasing our people, surrounded our people, chasing them into the river. I started crying, holding my baby daughter, because we come from so much people who were chased down, hunted down and gunned down by the military and the police. History is repeating itself. All those stories we were raised with, that we carry in our hearts, of our people, fleeing, running, racing, for our lives, just to live. We are the grandchildren and great grandchildren of those who survived the US Government federally mandated massacres on our people.
Ikíčhize wičháša épi na Ikíčhize Wíŋyaŋ nitȟáwapi kiŋ uŋwičháši '
SEND YOUR MEN AND WOMEN WARRIORS HERE!!
Come back to Standing Rock's northern border, all Ocheti Sakowin, all nations, all people. Come be a witness for the water and for the world. Come stand and protect our people and our water and our future.
Please. Remember all those caravans from Pine Ridge, Cheyenne River, Lower Brule, etc., come back, and come now.
Even if you have to walk.
Who am I to ask this of our people, the people, I really am nobody or nothing but I am a mother and a teacher of children from Standing Rock. I grew up on the Missouri, this is my home. And my family has lived along the Missouri since 100 years before the stars fell (1730) according to our families winter count. I know there are so many sacred sites, prayers sites, grave sites, that are being plowed over.
I know what is at stake.
Our water is our first medicine in our historical and LIVING traditions. It is the main component in all our ceremonies. It is the very reason we are alive.
Please share this post far and wide, and --
Please come or come back to Standing Rock. Now.
We need you, more than ever.
at October 22, 2016 6 comments: