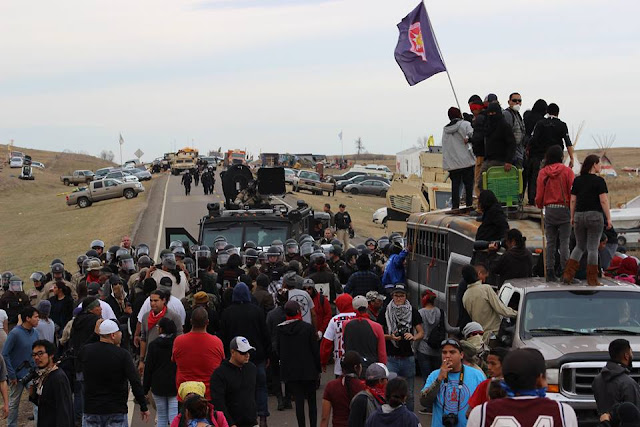 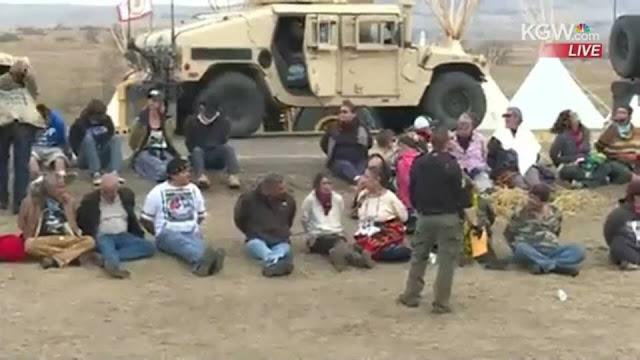 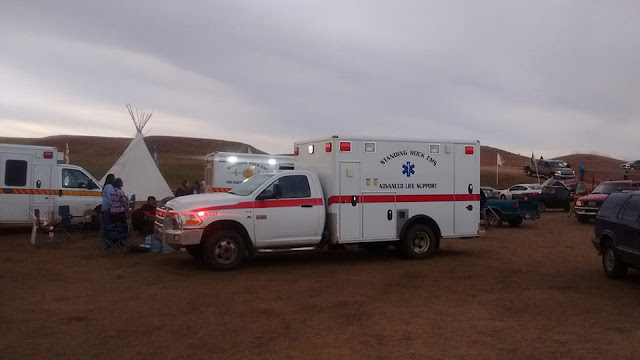 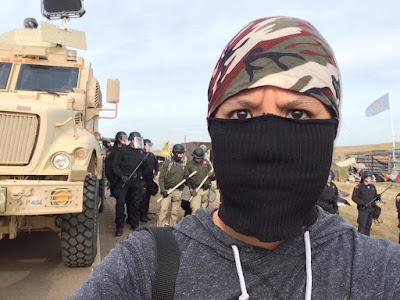 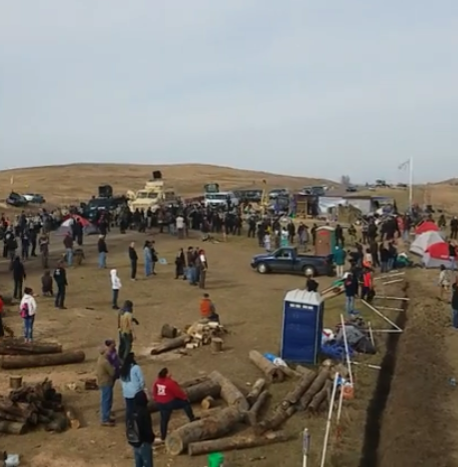 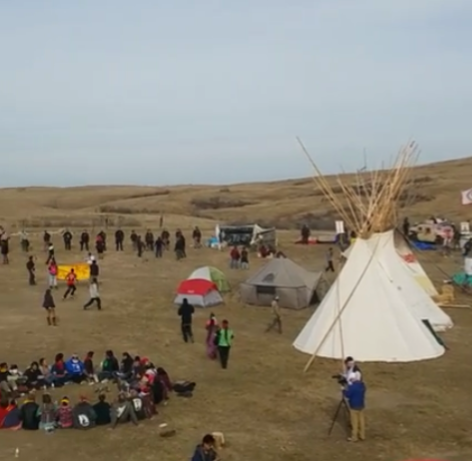 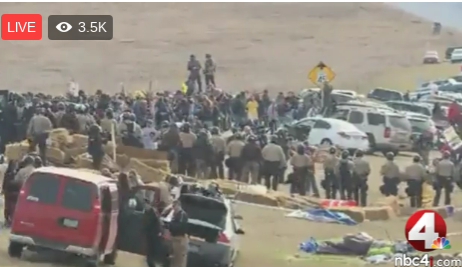 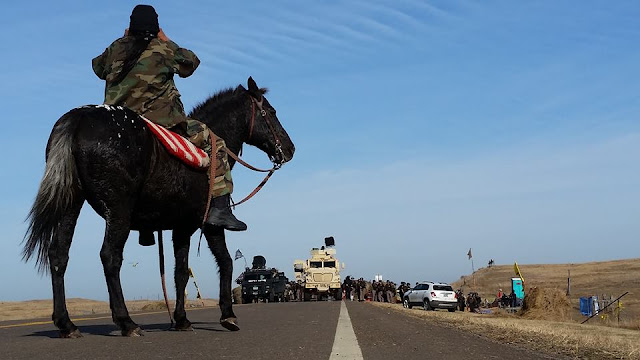 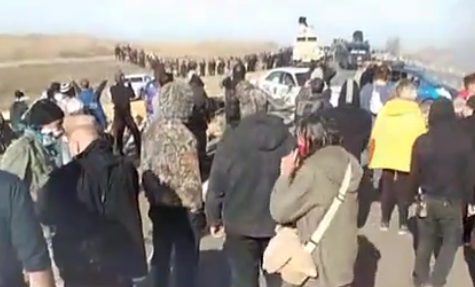 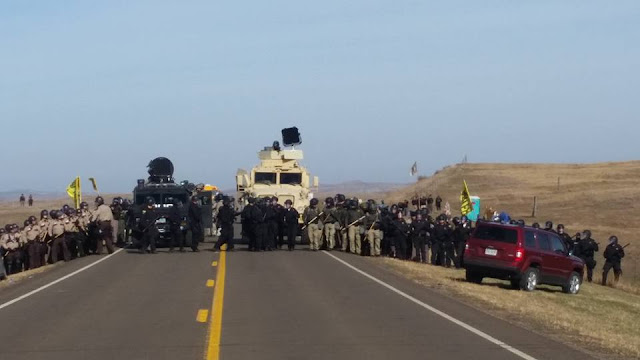 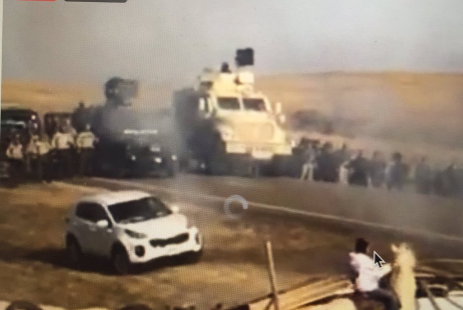 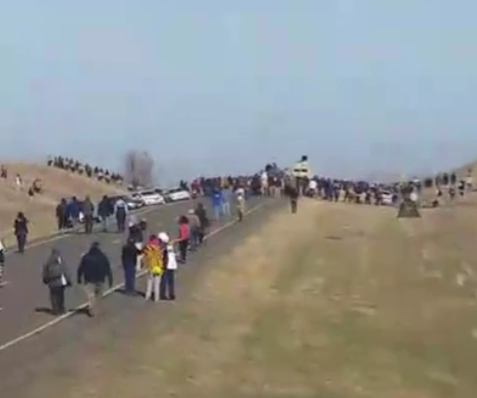 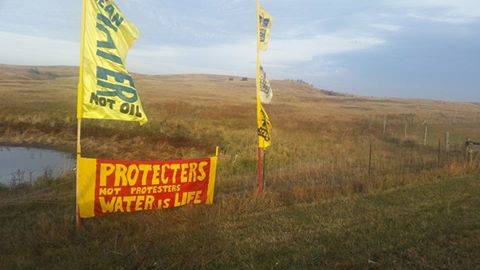 "They shot live bullets at us!"
"We went to get the buffalo."
"They shot my horse!"
"I've never been shot at in my life." 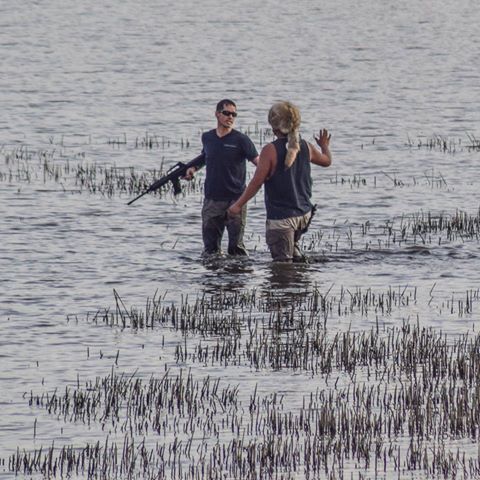 Today at Standing Rock during the 1851 Treaty Camp standoff, a hired DAPL security guard was spotted in the crowd with an automatic rifle in his vehicle. When he was spotted, he began to head towards camp. Water protectors made an effort to stop him on the road, in which he shot off onto the shoulder, and began speeding towards camp through the grass. The community feared for the women and childraen and began taking action. Water protectors began setting up a blockade at the bridge ahead, as 2 water protectors used their vehicles to crash into the securities truck, causing him to spin out on the riverbank. The security then exited his vehicle, cocked his AR-15, and began back stepping from protectors into the nearby river. A near half our stand off took place where water protectors pleaded and tried to defuse the situation of the man coming directly at their families. Eventually, BIA came to the scene, disarmed the man, and his was placed under arrest.

America, this is what is happening here. DAPL will do anything possible, include the threat of death and violence to get this pipeline through. DO NOT LET MAINSTREAM MEDIA LIE TO YOU. Protectors are facing the threat of death simply for protecting water and preserving history. 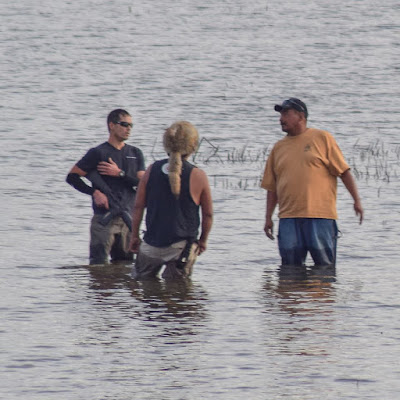 Morton County Sheriff's Department retracted their statement of the DAPL security rushing towards Standing Rock camp with the AR-15 "being treated for a gunshot wound to his hand" after photo evidence proved they were in fact a BUNCH OF LIARS.The man is now in FBI custody after being turned over by BIA.
-- Standing Rock Rising

Morton County lies about weapon: It is a prayer stick 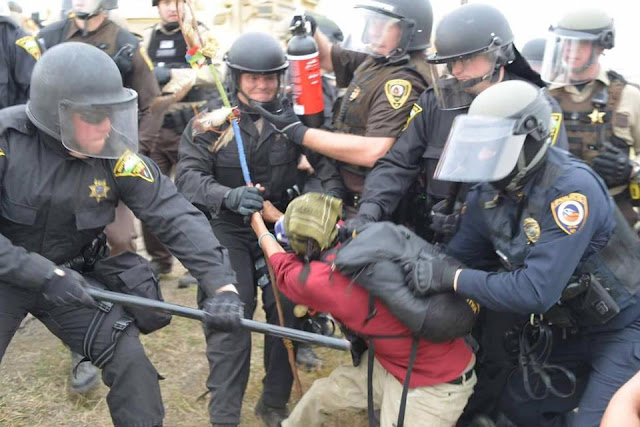 Here is the lady Morton County Sheriffs Department said pulled a .38 Caliber Revolver on law enforcement.
Well by the looks of it we'd say she's holding a prayer staff and if you think otherwise please comment below.
Any more lies Morton County?

UPDATE -- NEW VIDEO BELOW: Evidence on attack of medics.

CANNON BALL, North Dakota -- One of the Standing Rock medics described how police targeted medics, and violently arrested medics, while they were treating people during the violent police attack on Standing Rock water protectors on Thursday, Oct. 27, 2016 at Treaty Camp, directly on the path of Dakota Access Pipeline.
The medic could see silencers on police weapons.
"If they are here for peace, then why do their weapons have silencers on them?"
As the medics struggled to treat those who were victims of the police attack, they became victims and were violently arrested.
"The vehicle we were in had red crosses on it."
"They knew we were medics."
"They sprayed me head to toe."
"They pointed shotguns at my back while I was treating patients."

Medics were at the frontline trying to move their car out as police advanced. Two medics were sitting on the trunk. Police approached and hit them both with batons, knocking them both to the ground. Water Protectors helped those medics before law enforcement could grab them.

In the meantime, police surrounded the CLEARLY LABELED car (big Red Cross in the hood as well as on all medic personnel) and grabbed the driver (one medic) while the car was in motion. The other medic was in front of the car and nearly hit by the car as the police took out the driver medic. This is a clear safety risk that the police caused. Both of those medics were arrested.

We are asking for more help here. Things are more escalated than before. We need you to stand with us, and we need your help financially as we have lost medical supplies and infrastructure in today's raid.

Please come volunteer with us:
www.medichealercouncil.com/volunteer


This is the real thing folks, and we need your help and prayers.