Mohawk Nation News
Please post and distribute.
MNN. Nov. 3, 2019. What is Canada? Nothing but a military occupation of onkwehonweh land run through Indian Affairs which is a department of the army.
In 1968 some kanionkehaka’onwe [Mohawks} went to Ottawa to protest the dumping of garbage in Kahnawake by 33 Montreal municipalities.  Indian Affairs called it a “Sanitary Land Fill”, run by the mob. We wanted to show how Canada as our so-called trustees allowed hundreds of thousands of acres of land, water and toxic garbage to set off underground fires and poisons. 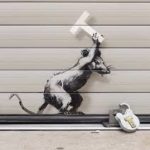 WE RATS CAME OVER HERE ON THE SHIPS TO HELP KILL & POPULATE. NOW WE HAVE TO GO BACK WITH THEM.
The kanionkehaka captured in their houses and yards rats and mice. They took them to a meeting at Indian Affairs, which was located in Ottawa at the time. During the meeting, the rats accidentally escaped from their carton and ran into hiding. Then they started mating and destroyed the building.
In 1973 one of the onkwehonweh who delivered the rodents got a job in the department.
In 1978 Canada constructed a new 27 story building in Hull, now called Gatineau. Everything was quietly moved into the new building. This was during the Quebec separatist movement. At the time we natives discussed the possibility of corporate separation by the Quebecois. The separatists put a secret plan in motion to take over Canada. 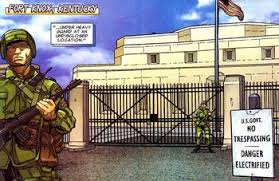 INDIAN AFFAIRS AT 10 WELLINGTON IN GATINEAU WHERE THE STOLEN NATIVE LOOT IS KEPT.
Indian Affairs is the most important department and building of the corporation of the government of Canada. Every document recording the theft of turtle island, our land throughout Canada, is registered and filed in that building. Also all resource extraction documents are filed there. The records of all the assets that were  stolen from the natives by the government are at 10 Wellington in Gatineau.
Recently after Quebec won 32 seats in the 2019 federal election, the Party Quebecois declared they are not part of Canada but are declaring Quebec is a separate nation. Upon this corporate separation, all documents going back 200 to 300 years will be held outside of Canada and controlled by Quebec. They can burn or shred them or change the text.
In 1978 Pierre Trudeau gave those buildings to Quebec. In any dispute between Canada and Quebec, Quebec will control all land and resources across Canada.
Trudeau Sr. planted the seeds. In 1968 we warned the world what would happen when we released those rats in the building. They took over the Department of Indian Affairs. 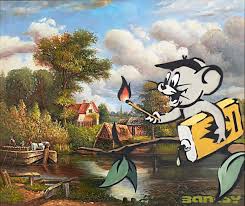 RIGHT NOW THE “WAR ROOM” ON THE 14TH FLOOR OF INDIAN AFFAIRS IS RUN BY THE CANADIAN MILITARY. THE QUEBEC ARMY WILL TAKE OVER.The world knows that 100% of onowarekeh, turtle island, is native land and there are no actual countries of “Quebec” or “Canada”. The bankers of the city of London own both corporations known as “Canada” and the “United States of America”. They suck the life out of turtle island. Our mother earth and creation are pushing back. We welcomed them at first. Now they have us squeezed so tight we can’t even breath. The sky world and the peace will return.
The Byrds have a great song about how time will fix this situation for us, mother earth and creation: “To every thing turn, turn, turn. There’s a season, turn, turn, turn. And a time to every purpose under heaven. A time to be born. A time to die. A time to plan. A time to reap. A time to kill. A time to heal. A time to laugh. A time to weep…”.
mohawknationnews.com box 991, kahnawake Quebec Canada J0L 1B0 contact kahentinetha2@protonmail.com
BATS AND BED BUGS AT INDIAN AFFAIRS
https://ottawa.ctvnews.ca/bats-and-bed-bugs-at-federal-government-building-1.4660462
https://www.narcity.com/news/ca/qc-en/bed-bugs-in-a-canadian-government-building-have-been-joined-by-mice-and-even-a-bat
Posted in AFN, INDIAN AFFAIRS, kahnawake | Tagged 2019 Canadian election, Bankers of City of London, Bugs in Indian Affairs building, Corporation of the Government of Canada Ltd. 1982, corporatism, crown assertion, Film "The Gene Hunters", Framework & Reconciliation, Gowling WLG & Law Society of Upper Canada, Hidden Power - Secret of the Indian Ring, Human Genome Diversity Project, Indian Affairs war room, Indian Day School Settlement, Indian Lands Acts Oct. 25 1924, International Covenant on Civil & Political Rights, Parti Quebecois - indigenous issues, PLANNED EXTINCTION PART 2 - FRAMEWORK AGREEMENT How Canada Plans to Continue to Live Off the Avails of Crime – It’s Obvious the Colonial Settlers Don’t Belong on turtle island, The Byrds "turn, turn turn" | Leave a reply
at November 03, 2019 No comments: