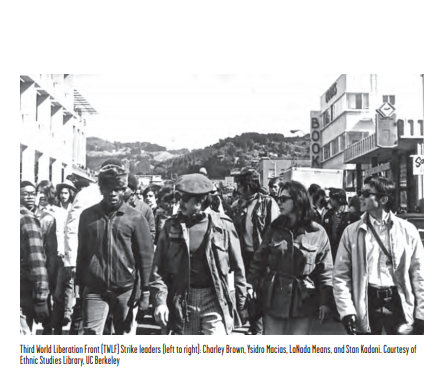 Native Resistance is now available at Eastwind Bookstores, University Avenue, Berkeley. Dr. LaNada WarJack will present her book at signings on Thursday in Berkeley and on Friday in San Francisco.


In the beginning, there were the students at the University of California Berkeley and the Third World Liberation Front Strike. The 50-day protest resulted in the creation of Interdisciplinary Ethnic Studies for Black, Chicano, Asian and Native Americans.
Then, there was the Occupation of Alcatraz.
Dr. LaNada War Jack's new book is a book of history and personal biography which details the Occupation of Alcatraz, the takeover of the BIA in Washington, the fishing rights struggle in the Northwest, Wounded Knee in '73, Pyramid Lake water rights battle, and Standing Rock.
The book, Native Resistance, An Intergenerational Fight for Survival and Life, is a book of no compromise on the issues of American Indian land, fishing and water rights.