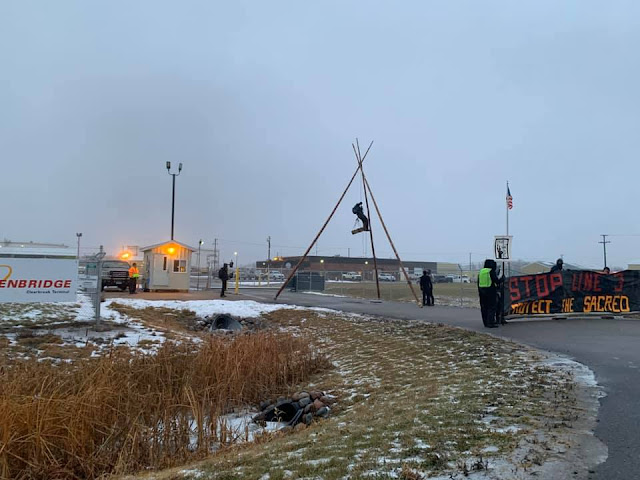 One water protector was suspended from a tripod, in solidarity with indigenous-led opposition to Enbridge’s proposed Line 3 pipeline. Line 3 poses to be a 10% increase of tar sands extraction. The project seeks to pass through the Mississippi River headwater, hundreds of watersheds, and terminate at Lake Superior.

The climber, Sara-Beth Anderson, 21, a resident of Minneapolis, said, “I am a diver and love the ocean with all of my heart. The destruction of the sacred is happening because of these terrible decisions to keep extracting, to keep harming the earth despite what climate science has told the world’s leaders. I take this risk for the unborn, for the indigenous peoples fighting to protect their territories all over the planet, for the oceans. Anyone can take a stand against the greatest threat facing our shared world — get involved, get involved now.”
at November 26, 2019 No comments: