A federal judge ruled that the Dakota Access Pipeline must shut down by August 5, during an in-depth environmental review of the pipeline, in defeat of the Trump administration.

The ruling is a major win for the Standing Rock Lakota Nation, environmental groups and the Water Protectors who maintained the resistance while being shot with projectiles, gassed and beaten by militarized police in 2016 and 2017.

“Today is a historic day for the Standing Rock Sioux Tribe and the many people who have supported us in the fight against the pipeline,” said Chairman Mike Faith of the Standing Rock Lakota Nation. “This pipeline should have never been built here. We told them that from the beginning.”

In its decision, the United States District Court for the District of Columbia vacated an easement granted by the US Army Corps of Engineers that allowed Dakota Access to build a segment of the pipeline beneath Lake Oahe in North Dakota and South Dakota.

Earthjustice said today of the shutdown ruling, "The ruling ordering a shutdown of DAPL marks the final word of a March 25 decision by the same judge. That ruling found that the U.S. Army Corps of Engineers had violated the National Environmental Policy Act (NEPA) and glossed over the devastating consequences of a potential oil spill when it affirmed its 2016 decision to permit the pipeline.

"The court ordered the Corps to re-examine the risks of the pipeline and prepare a full environmental impact statement, but left open the question as to whether pipeline operations would be halted as a legal remedy pending further briefing. After carefully analyzing the seriousness of the government’s legal violations, and the potential impacts on the Tribe and third parties, today’s decision concluded that shutting down the pipeline was necessary."

"The shutdown will remain in place pending completion of a full environmental review, which normally takes several years, and the issuance of new permits. It may be up to a new administration to make final permitting decisions."

“It took four long years, but today justice has been served at Standing Rock,” said Earthjustice attorney Jan Hasselman, who represents the Tribe. “If the events of 2020 have taught us anything, it’s that health and justice must be prioritized early on in any decision-making process if we want to avoid a crisis later on. ”

Nikki Ducheneaux, of the Big Fire Law and Policy Group, shared these excerpts from the order and opinion today:

ORDER: The Court ORDERS that: 1) The Mineral Leasing Act easement authorizing the Dakota Access Pipeline to cross the Missouri River at Lake Oahe is hereby VACATED; and 2) Dakota Access shall shut down the pipeline and empty it of oil by August 5, 2020. Signed by Judge James E. Boasberg on 7/6/2020.

From the opinion:
Lake Oahe is a large reservoir lying behind a dam on the Missouri River and stretching between North and South Dakota. Fearing severe environmental consequences, American Indian Tribes on nearby reservations have sought for several years to invalidate federal permits allowing the Dakota Access Pipeline to carry oil under the lake. Today they finally achieve that goal — at least for the time being.

Following multiple twists and turns in this long-running litigation, this Court recently found that Defendant U.S. Army Corps of Engineers had violated the National Environmental Policy Act when it granted an easement to Defendant-Intervenor Dakota Access, LLC to construct and operate a segment of that crude-oil pipeline running beneath the lake. This was because the Corps had failed to produce an Environmental Impact Statement despite conditions
that triggered such a requirement.

The Court consequently remanded the case to the agency to prepare such an EIS, but it asked for a separate briefing on the appropriate interim remedy. In other words, the Court asked the parties whether the easement should be vacated and the pipeline emptied during the remand process. Although mindful of the disruption such a shutdown will cause, the Court now concludes that the answer is yes. Clear precedent favoring vacatur during such a remand coupled with the seriousness of the Corps’ deficiencies outweighs the negative effects of halting the oil flow for the thirteen months that the Corps believes the creation of an EIS will take.
at July 06, 2020 2 comments:

Relief for Triqui and Comcaac in Sonora 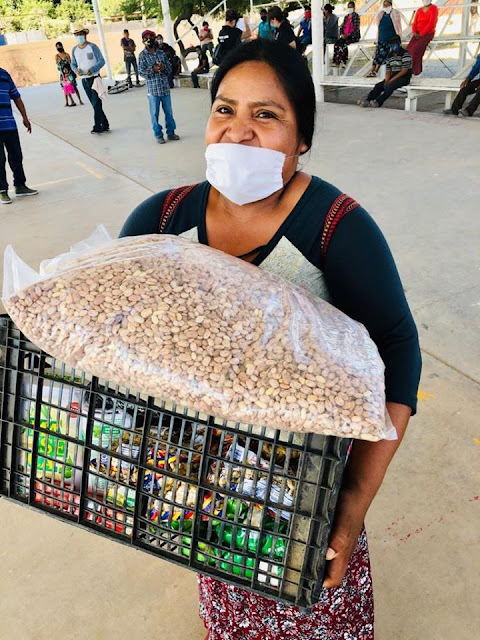 A Sunday of solidarity. Thanks to many people today, pantries were delivered to members of the Triqui people in Miguel Alemán and some more pantries for people from Punta Chueca who have been positive in this pandemic. Grains of sand with people's affection and effort. 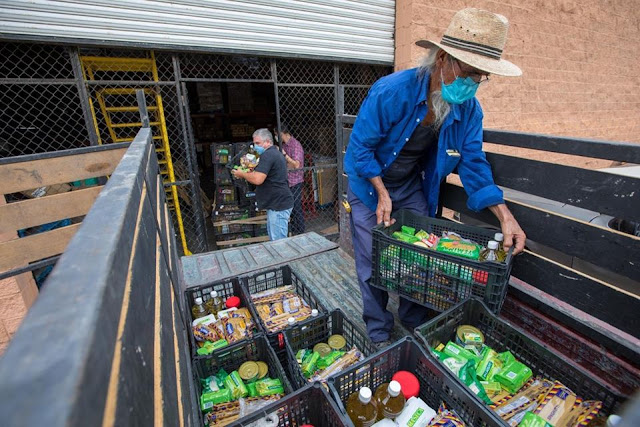 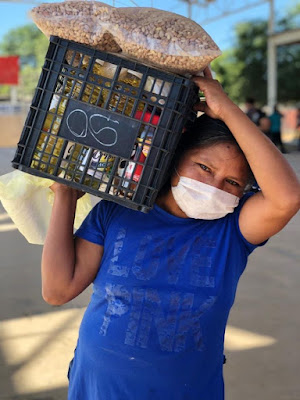 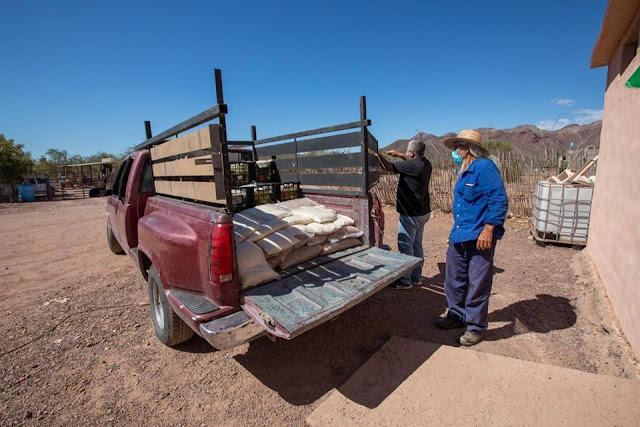 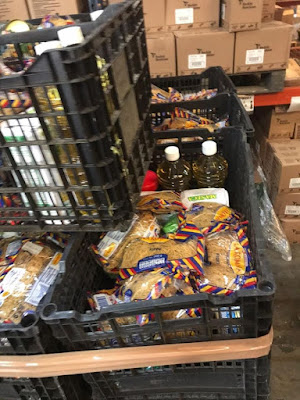