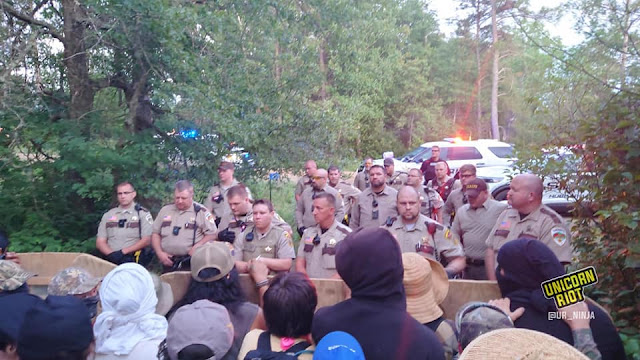 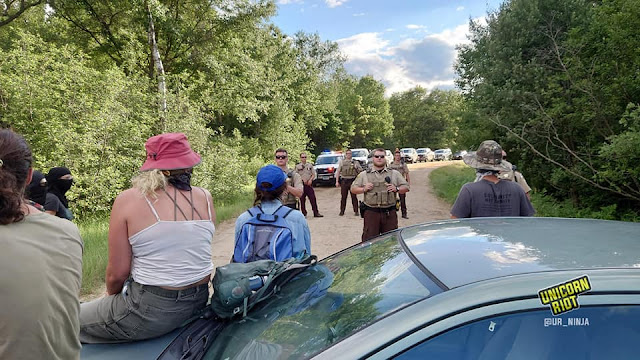 PARK RAPIDS, Minnesota -- Hubbard County Sheriff’s Department escalated state repression when it served a notice to Namewag camp, located on private property, stating that the sole entrance to the property will be barricaded with no one allowed in or out, Giniw Collective said on Monday.

“This is a blatantly unlawful attempt to target and repress Indigenous-led efforts to defend our land and water. The state of Minnesota appears to not understand treaty law, it also seems Minnesota doesn’t understand U.S. property law either,” said Tara Houska, Giniw Collective, after the notice was served at 6 am on Monday.
Read more »
at June 29, 2021 No comments: 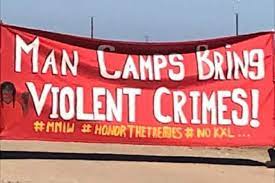 Two Enbridge Line 3 Subcontractors Arrested in Multi-Agency Anti-Human Trafficking Operation
State Senator Kunesh: “They were told it would happen. They were warned by the victims themselves.”
By Honor the Earth
Censored News
June 28, 2021
BEMIDJI, Minnesota -- Today, the Bemidji Pioneer reported that “six people, including two men from Bemidji working under subcontractors on the Line 3 replacement project, were arrested during a recent human trafficking operation in Beltrami County over the course of two days.”
In response, Minnesota State Senator Mary Kunesh released the following statement:
Read more »
at June 29, 2021 No comments: