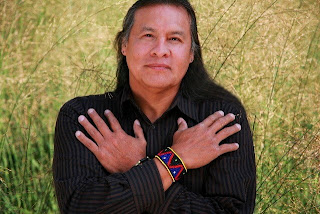 http://firstvoicesindigenousradio.org/program_archives
Today’s Guests:
Janene Yazzie is a Dine independent scholar, entrepreneur, and human rights advocate. Sixth World Solutions (www.sixth-world.com) works on the front lines of community development, empowerment and liberation on the Navajo Nation. The goal of Sixth World is to nurture the development of community-owned programs, projects, and methodologies the promote economic, social and environmental justice that restore Hozho (balance), or community and individual prosperity as defined by Dine epistemology.
Lisa Jones is an author and contributor to Writers on the Range, a service of High Country News (www.hcn.org). THE WHITE MEDIA KILLS INDIANS AGAIN AND AGAIN (www.hcn.org/wotr/the-white-media-kills-indians-again-and-again) a column she wrote for Writers on the Range, a syndication service of High Country News in Western Colorado, this first week in April 2013. She is the author of “Broken: A Love Story,” (www.brokenalovestory.com) a memoir about her friendship with Northern Arapaho horse gentler Stanford Addison.