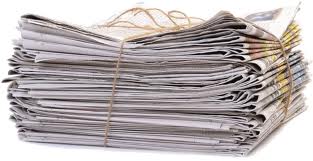 When it comes to hustlers, no one does it better than CNN, convincing people globally that the US wars and drone assassinations are justified.
As for plagiarizers, there's Indian Country Today.

It has been a busy week at Censored News, but the mainstream media continued its collapse with dishonesty and counter spin to prevent the truth from being widely known. Censored News featured news from Lakotas and Dakotas fighting the Keystone pipeline and tarsands, Lakota Grandmothers refused at the United Nations and Mohawk Nation News exposing Canada's crimes against humanity. A Red Lake tribal member locked herself to the Enbridge office to protest the pipeline. There's a message from Buffy Sainte Marie, a video from sacred land in Hawaii, photos from the American Indian Genocide Museum, and much more this week.

However, much of the world spent this week deluded by the media.

Amber Lyon, the former CNN reporter turned media whistleblower, is among those inspiring a new generation of journalists, and providing building blocks for a new media.

This week, there was a protest on the US Mexico border at Nogales, in Arizona and Sonora. The protest is outrage following a US Border Patrol agent murdering a teen, Jose Antonio Elena Rodriquez, 16, through the fence, in Mexico. The US agent continued firing bullets into the Mexican teen's body after he was on the ground. A new witness says the teen was just walking by at the time, and not throwing rocks as the border agent claimed.

Many news outlets this week fell for the counter spin to distract from the truth and featured more hysteria about migrants coming through the US Mexico border. This hysteria from Congressmen and Arizona politicians is designed for pork dollars for corporations, like GEO and CCA to profiteer from private prisons, and companies like Boeing and Israel's Elbit Systems, the Apartheid wall contractor, to get fat contracts on the US Mexico border to build pieces of a border wall, and security spy towers that don't work.

The pro-US Border Patrol articles and news broadcasts usually fail to include the hundreds of US Border Patrol agents who have been arrested for drug smuggling, and conspiracy (serving as spotters to aid the cartels bringing drug shipments across the border.) Those 'lets-get-more-prisons-and-fund-more-border-wall-pieces-and-spy-towers-that-don't-work' media also failed to expose the large number of US soldiers, and military high school recruiters in Tucson, caught in a sting operation, smuggling cocaine from Nogales at the border.

With the collapse of journalism as we knew it, a new form will emerge, an honest one, which will not find it so easy to spin wars for politicians, perform tricks for the US government, regurgitate press releases as news, or deceive with plagiarizers who profiteer from others hard work. The exposures by Wikileaks serve as a foundation for what has been kept secret, and as a role model for courage by the whistleblowers who made the sacrifices.

The new journalism must be more honest than the present one.

Readers must demand that errors be corrected and the truth be told.

Reporters, broadcasters and publishers are usually reluctant to correct their errors, or admit to censorship. Some of this is the fault of reporters, and other times it is the due to the editors and publishers. When Louise Benally, Dine' of Big Mountain, was among the first to speak out against the US war on Iraq, the newspaper where I was a staff writer, Indian Country Today, censored the most important parts of her comments. Louise compared the US attack on Iraq with the Longest Walk, when Navajos were forced into exile, with many dying on that walk, and into the prison camp at Fort Sumner. ICT refused to make the correction. This was just one of the many censored issues. Censored News maintains a boycott of ICT. Louise's comments are here: http://bsnorrell.tripod.com/id78.html

Today the armchair reporters at ICT primarily rely on plagiarism, the theft of others hard work, and are not present on news stories. Their pattern is to stay home in their easy chairs, steal the research and work of others, who spend their own money to be present, and then the armchair reporters receive a paycheck for their plagiarism. They often make a brief phone call interview to deceive readers.

As for AP articles in Arizona, readers have to be on guard for the promotion of mining and its corporations. There is also the criminalizing of Native Americans and the priority given to non-Indian and urban water needs, over Native American water rights. There is also the promotion of coal fired power plants, such as Navajo Generating Station and its operator, the Salt River Project, which continues to poison Navajos, Hopis and others who live in the region.

The Arizona media, and national media, glorify the human rights abuses of Maricopa County Sheriff Joe Arpaio, pander to Senators like John McCain, and fail to expose the white supremacy within the roots of the Arizona Legislature. The media also serves as cheerleaders for war profiteers like Raytheon Missiles and refuses to expose the increasing militarization of universities, including the University of Arizona in Tucson, and its secret agendas, including cyber spying, drone design, border stalking, and the targeting of Indigenous Peoples.

It is interesting that some of the best international news comes from the media in England, including the London Guardian. However, the media there has been challenged to expose the amount of wealth that the Queen and Pope have, and how much of it came from the genocide of Indigenous Peoples globally, and theft of Indigenous Peoples' land and resources. In the case of the Queen, no reporter seems up to the task.

Rather than analyze the blood money, the media sensationalizes the wealth and pomp of England's so-called Royal Family, turning their crimes against humanity into glitzy show biz, serving as hustlers for royal fans.

When it comes to hustlers, no one does it better than CNN, convincing people globally that US wars and drone assassinations are justified. There is always a new country for the US to make war against to aid the corporate war profiteers, and the money and glory trickles back to the US politicians. The media walks in a stupor, regurgitates the lies, and sends young soldiers to their deaths.

Hopefully, there will be more media whistleblowers like Amber Lyon, and truth tellers like Bradley Manning and Wikileaks, to usher in a new media, an honest one. As the court systems, and even the United Nations, fail in their mandates for truth and justice, real journalists are more important than ever.

Brenda Norrell has been a news reporter in Indian country for 31 years, beginning with Navajo Times during the 18 years that she lived on the Navajo Nation. She was a stringer for AP and USA Today, covering Navajoland and the federal courts. After serving as a longtime staff reporter for Indian Country Today in the Southwest, she was censored and terminated in 2006. She then created Censored News, now in its 7th year, published from the borderzone.
brendanorrell@gmail.com