Native leaders from US in Canada, Join Forces in Tarsands Fight 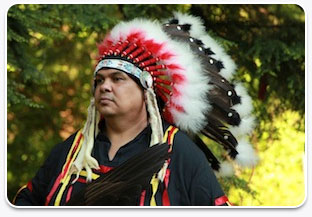 An alliance of First Nations leaders is preparing to fight proposed new pipelines both in the courts and through unspecified direct action.
Native leaders from both Canada and the United States were on Parliament Hill on Wednesday to underline their opposition to both the Northern Gateway and Keystone XL pipelines.
The first would tie the Alberta oilsands to the West Coast, while the second would send bitumen to refineries on the American Gulf Coast.


'We have to wake up to the crazy decisions that this government's making to change the world in a negative way.'—Chief Reuben George, Tsleil-Waututh First Nation 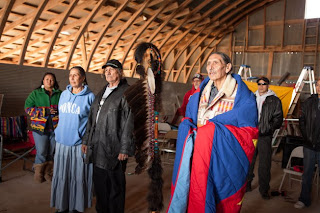 .
March 19, 2013 by Great Plains Tar Sands Resistance
Yesterday was the opening day of Great Plains Tar Sands Resistance’s first action camp—and we’re incredibly thankful to the folks who have thrown their weight behind this struggle and whose history of resistance continues to provide inspiration and context.
The camp began with an opening ceremony led by Carter Camp (below, front right), and Casey Camp (in blue, left), with singing and drumming by Oglalla Lakota folks from Pine Ridge. Casey introduced folks, who came from all over the “United States,” to the region now known as Oklahoma and a myriad of the health and environmental problems caused by exploitative industry in Ponca territory-by-treaty. 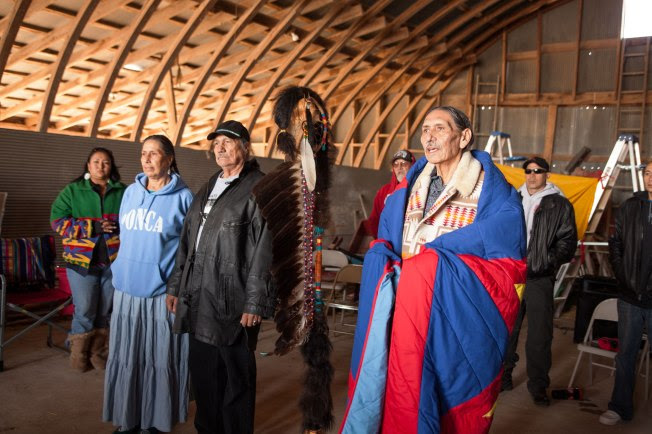 The Great Plains Tar Sands Resistance is holding the action camp in response to the deadly infrastructure projects that are causing environmental genocide, and specifically the Keystone XL Pipeline being built through Oklahoma and carrying toxic tar sands that create more carbon emissions when refined than standard oil. MORE: http://gptarsandsresistance.org/

Published on Mar 16, 2013 Great Plains Tar Sands Resistance is a coalition fighting the expansion and construction of Tar Sands infrastructure in the Great Plains. We are in explicit solidarity with peoples indigenous to this continent, communities near the point of extraction, and communities living in proximity to these toxic, cancer-causing refineries. GPTSR on FaceBook: http://on.fb.me/YEqk1JGPTSR
on Web: http://bit.ly/Yz98Y9
at March 20, 2013 No comments:

MNN. Mar. 20, 2013. Rape is a war crime. Pedophilia is rape. Rape is a scientifically developed military strategy to kill the victims and demoralize the people. Rape is one of the spoils of war with no prosecution of rapists. According to the UN it is a crime against humanity. Rape is used worldwide to subjugate the opponents.

Peds, everyone knows who you are!
Canada used rape to humiliate throughout their encounter with us from the beginning. The Residential school death camps was a continuation of warfare on our children. It was systematic rape and humiliation, to eliminate our culture and traditions, to uproot our society and destroy our morale.
The Canadian government, Catholic, Presbyterian, Anglican and United Church conducted murderous rampages. They killed over 50,000 of our children in their torture dungeons. These men in dresses wearing crosses on their chests conducted serial sexual abuse on children as young as 4 years old. They tried to bring down our normal healthy self-esteem, to turn us into victims on our own land. Evil clerics and ex-soldiers were sent in to commit serial rape on our children for decades and are still protected by the shareholders of the Corporation of Canada.

Your secret is out for the world to see!


Our children were victims of medical experiments, sodomy, starvation, floggings and strangulations. They were coerced to kill other children and then bury or burn them out of existence. Kevin White in “Where Eagles Dare to Soar” said that the elite preferred to abuse Indigenous kids because they got a kick out of degrading our naturally healthy attitude about ourselves.
As evidenced in the film, “We were Children”, based on the true story of two residential school survivors, as part of their war, babies were kidnapped, sodomize and murdered. Today, our children are kidnapped, tortured, drugged and used to create snuff and porn films.We were children Recently over 500 young Indigenous women have disappeared without a trace. Law Enforcement refuses to investigate showing that they are a part of it.
Our children were sent to judges, police, politicians and professionals to be sexually exploited. Religious clerics, police officers, businessmen, academics, professionals, high level politicians and media icons support the disbursement of child porn. Some, like Tom Flanagan, in Prime Minister Harper’s “inner circle” and expert adviser on Indigenous issues, belong to such organizations as the National Man Boy Love Association. Pedophilia rape is now being publicly discussed by the church as a sexual orientation and normal. They say it’s not harmful to the victims!

The shareholders of Canada [banksters] will be suitably punished.
Prime Minister Harper apologized and gave some money to the victims. Paying their victims is like going to a brothel and paying for sex.  The residential school ‘brothel” program was collusion between governments, police and church. Child abductions and suffering of our children and families is a sexual turn-on for these degenerates. Now the job of stealing our children has been diverted to the private Childrens Aid Societies across the country.
Soon popes, presidents, prime ministers, top judges, police, senators, members of parliament, all levels of clergy and CEOs, along with their accomplices, are going to jail.
Rape is a military strategy to scare us. The politicians gave the orders. The goal is 100% assimilation, no matter how many deaths. Canadians need to know exactly who and what Canada is.

We will walk together on the Red Road to healing.
The war will be over soon when we charge and arrest the shareholders of the corporation of Canada that committed this evil. We Indigenous will get off the “Colonial Wallow Road” and onto the “Red Road of Healing” by holding the perpetrators’ feet to the fire. Thahoketoteh sings about a House of Healing “There’s so much trouble for our Mother Earth. She gives us everything we need, for very little in return. With the rain comes a cleansing. Come to my house of healing and awake”.
See: We were children. Read:Winnipeg Free Press.
Why Hitler loved America
MNN Mohawk Nation News kahentinetha2@yahoo.com  For more news, books, workshops, to donate and sign up for MNN newsletters, go to www.mohawknationnews.com  More stories at MNN Archives.  Address:  Box 991, Kahnawake [Quebec, Canada] J0L 1B0 WHERE EAGLES DARE TO SOAR available from MNN.