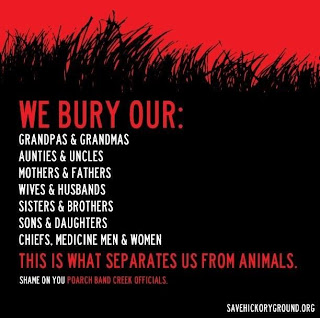 
Published on Mar 19, 2013
The Great Plains Tar Sands Resistance action camp is welcomed by the Native Americans of the area. Details; http://gptarsandsresistance.org
at March 26, 2013 No comments:


MNN. Mar. 26, 2013. On March 25, 2013, Thahoketoteh of Kanekota had the oral portion of his Case T-2007-12, Thoketoteh v. the Queen. The trial was done by teleconference with the Federal Court of Canada judge and the Attorney General representing Her Majesty. The question is how Section 109 of the British North America Act 1867, legally applies to the constitution, saves and continues the “protection” secured by the Royal Proclamation 1763 as a “legal duty” within stare decis. A precedent has already been set.
The judge asked the AG why he did not address this first question in all his 300 pages of submission. The AG admitted that he was directed by Indian Affairs to avoid the issue at all cost, not to ever talk of Section 109 and the legal duty and trust issues. Canada has been avoiding this all along. It is the elephant in Canada’s living room.

Section 109: “We can’t ignore this elephant anymore!”
Their constitution sets out Canada’s obligation to us, that we Indigenous are of this land and that Great Turtle Island is of us. The Indian Trust Fund, set up according to Section 109, is an ever growing $49.1 trillion trust fund that Canada uses to pay its bills and as a slush fund without our permission, to bolster their five “too big to fail” banks. They can’t fail because they have stolen all our money.
We own everything. Every Indigenous group in Canada can use Section 109 to assert our land rights right everywhere. Everybody has to deal with us on everything.

New Federal Court Tele-trial: “Will it be secret trials next?”
The judge will make her decision soon. Kaiainerekowa, the law of the land, will be the only law applied in Kanekota soon.
We are very happy! As Keith Richards sang: “I need a love to keep me happy. Baby, baby, keep me happy”.


the written argument can be viewed at click here
MNN Mohawk Nation News kahentinetha2@yahoo.com  For more news, books, workshops, to donate and sign up for MNN newsletters, go to www.mohawknationnews.com  More stories at MNN Archives.  Address:  Box 991, Kahnawake [Quebec, Canada] J0L 1B0 WHERE EAGLES DARE TO SOAR available from MNN.
at March 26, 2013 No comments:


Oglala Sioux Tribe Passes Resolution to Oppose TransCanada’s KXL Pipeline
by Owe Aku International Justice Project
Censored News
On March 26, 2013 the Oglala Sioux Tribal Council passed Resolution 13-60 “reaffirming the Yellow Bird Steele-Poor Bear administration opposition to the Keystone XL Pipeline from crossing the Mni Wiconi Water Line, any part of the Pine Ridge Indian Reservation and any and all 1851 and 1868 treaty lands.”  The KXL Pipeline’s planned route crosses much of the Lakota treaty territory, meaning the resolution bans the Pipeline from most of the northern great plains.  The resolution also cites the traditional and contemporary responsibility of all Lakota people:  “through ancient indigenous cultural and spiritual concepts we have always respected and maintained good relations with the animals, air, land and water of our traditional homelands since time immemorial.”  The Resolution also bans any governmental consultation with any entity of the Oglala Sioux Tribe to negotiate passage on behalf of the OST.
During the discussion, Debra White Plume of Owe Aku, a Lakota grandmother, spoke in favor of the Resolution.   The facts presented by Mrs. White Plume not only spoke to the reasons to oppose the pipeline, but also demonstrated the success of education and training about protection of sacred water. “Pila miya, to James Cross of Tribal Council, for bringing this, and all the council members here,” she stated. Owe Aku has developed an educational and training program that has been presented at many different gatherings over the past three years, including Moccasins on the Ground, which was held in Manderson, SD March 8-10, 2013. Trainings are planned for Yankton and Cheyenne River in the coming weeks.
“We just completed a Moccasins of the Ground Training here on the Pine Ridge Homeland in collective action with Great Plains Tarsands Resistance and Tarsands Blockade. More than 300 people participated in the three-day training experience. We had a Water Ceremony conducted by our elders and an Icicuse Ceremony (Making of the Vow) with our Whip Bearer of the Tokala Warrior Society. It was very powerful. We are ready to move on in our Tour, every door to opposing the KXL is closing one by one. Soon the only door left open will be direct action. We intend to focus our limited resources on making NVDA (nonviolent direct action) training available to the grassroots people on the land in the KXL proposed route,” stated White Plume.
The Council resolution did not hesitate in using international law, citing the United Nations Declaration on the Rights of Indigneous Peoples.  Article 32, sections 1-3, state in part “Indigenous peoples have the right to determine and develop priorities and strategies for the development or use of their lands or territories and other resources”, “particularly in connection with the development, utilizations or exploitation of mineral, water or other resources.” The Resolution also spoke directly to the federal process and sent a message to President Obama that “the result of allowing these pipelines to cross Indian Country will be an ecological and environmental disaster.”  The public comment period on the proposed KXL pipeline ends in the middle of April and the Resolution will be forwarded to the President of the United States.
The President of the Oglala Sioux Tribe, Bryan Brewer, stood with the Lakota Oyate in opposition to the KXL pipeline and stated, “I interject here that I am standing with the people in protecting our Mni Wiconi water pipeline and I expect the council members to be with me.”  The Mni Wiconi or Rural Water Pipeline is a Congressional Act that brings fresh water to the Pine Ridge Reservation because of unsafe contaminants found in the ground water. President Brewer participated in and spoke at the recent Moccasins on the Ground training.
With the passage of this Resolution by the Tribal Council, Oglala Lakota leadership remains united in opposing the XL Pipeline.  The Black Hills Sioux Nation Treaty Council's resolution protecting Sacred Water was passed in August of 2011.  The Treaty Council stands on the Ft Laramie Treaties of 1851 and 1868, relying on international law, including the Declaration on the Rights of Indigenous Peoples and the United Nations Study on Treaties and preserves the sovereignty of the Lakota people. The Declaration's articles on environment, culture, self-determination, and free, prior and informed consent were all quoted, as well as Article 37 on treaty observance.
In a letter of October 23, 2011 to the Secretary of the Interior, Ken Salazar, Chief Oliver Red Cloud stated, “I am writing as the Itancan of the Oglala Band of the Lakota Oyate. I am writing to you now in that capacity in opposition to the proposed TransCanada KXL Pipeline.”  Chief Red Cloud stated that the treaties between the United States and the Lakota Nation are “recognized as legally binding international agreements that have never been abrogated or diminished,”  any activity on the Lakota homeland without the free, prior and informed consent of the Lakota Oyate is illegal.  Our people, through many different organizations and United Nations’ non-governmental organizations … have stood together in undisputed opposition to issuing a permit for the KXL Pipeline.  There has also been substantial public and private opposition from non-Indigenous sectors of society. On the basis of our ancient laws that demand that we assume responsibility for our territory and its protection for future generations and under the international laws and standards identified above, we oppose any attempt to construct the KXL Pipeline across our territory.  As a representative of your people, it is your responsibility to oppose the permit application submitted by TransCanada and to urge President Obama to deny the permit.”
The resolution of the Oglala Sioux Tribe, the Black Hills Sioux Nation Treaty Council Declarations, governmental acts of many Red Nations, the work of Owe Aku and other public organizations, demonstrates the ongoing unity to protect sacred water.

####
for more information contact Kent Lebsock via email at:
iamkent@me.com
at March 26, 2013 No comments: