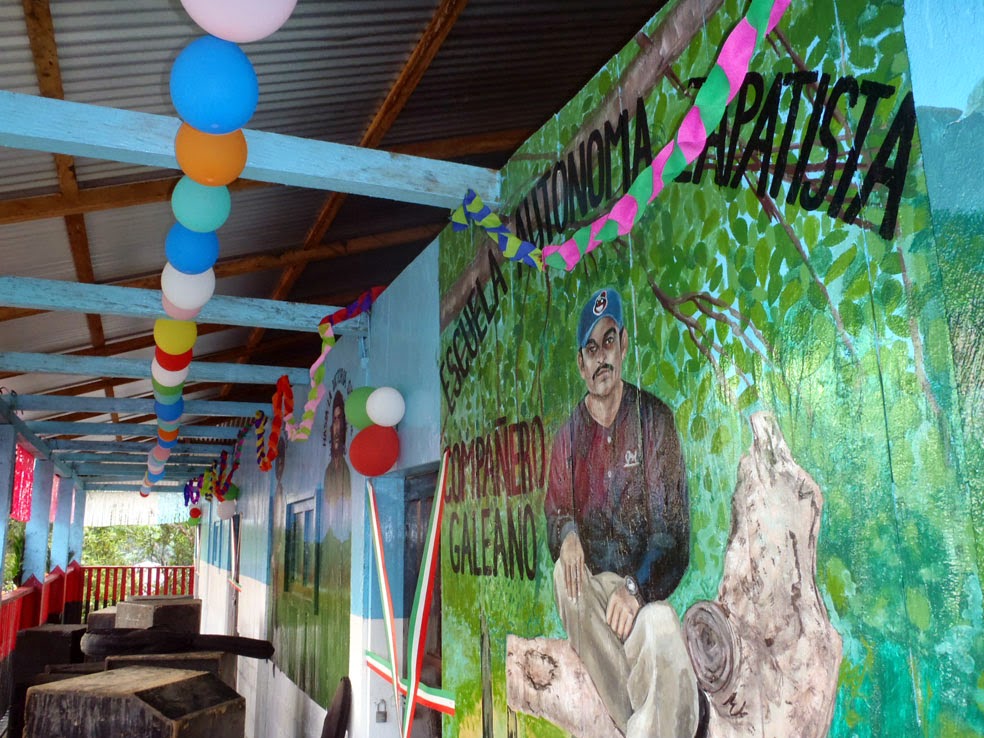 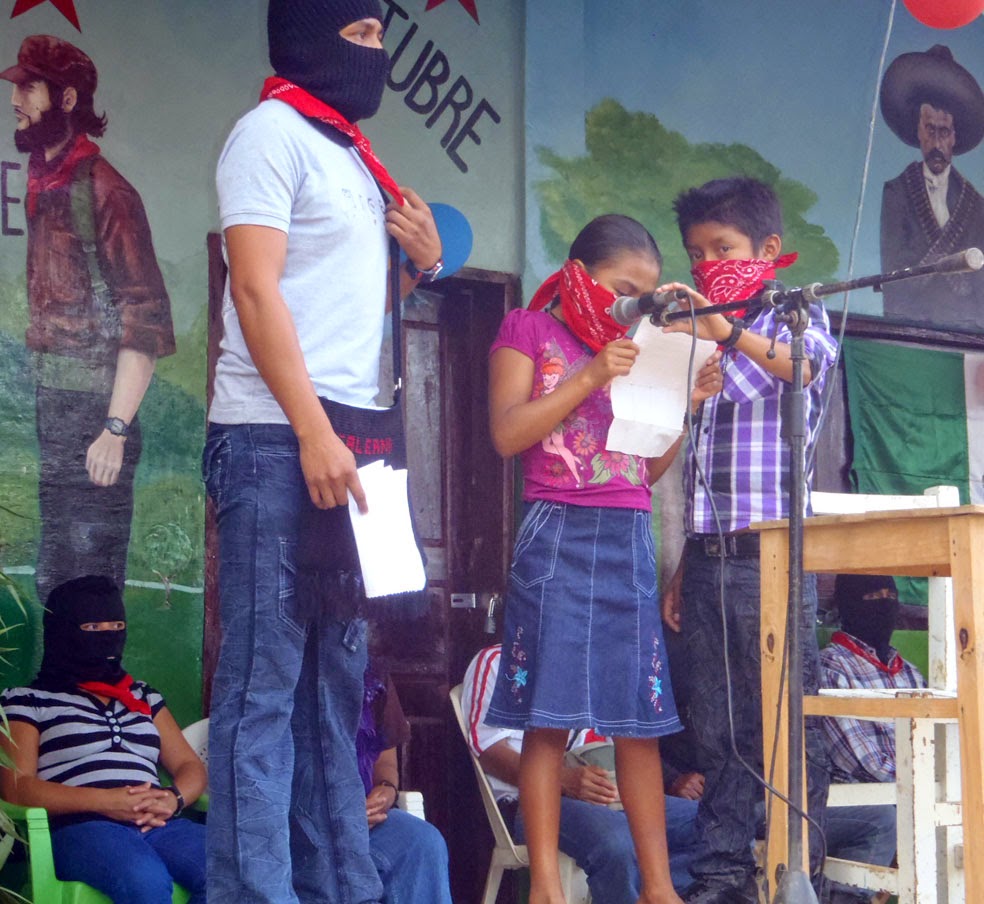 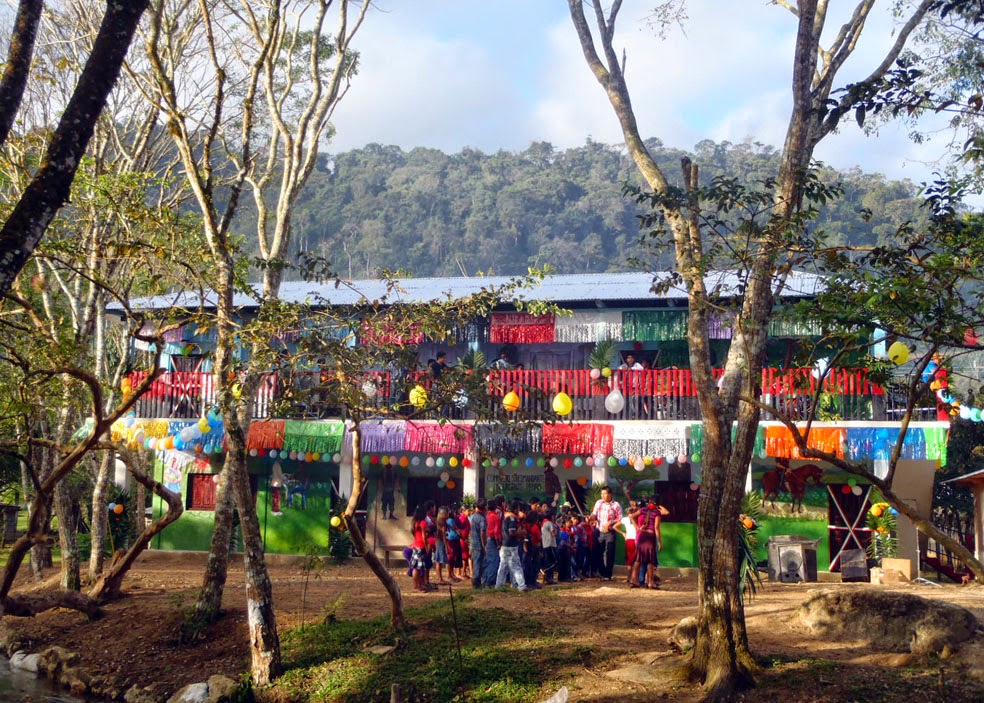 On Sunday March 1, 2015, after more than six months of work and building materials offered up by Zapatista supporters, La Realidad now has a health clinic and a school. The construction was made possible by the solidarity of people and groups around the world.
GRACIAS I.
March 5, 2015 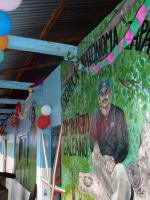 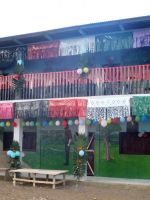 On the Bulletin Board

March 2015.
Early morning in reality.
Just here, as usual: watching and listening. The crack in the wall is barely visible from the other side. On our side it expands with persistence.
In the classrooms and in the huts of the thousands of Zapatista families who received, housed, fed, and cared for thousands of others,[1] men, women, and children from the five continents, the evaluations made by the teachers and votanes after you all left still resound.
Some of the evaluations were harsh, it’s true, but that probably won’t matter to those who claimed to had been moved by the experience and then continued on with their lives as if nothing had happened, avoiding looking in the mirror or editing that glance at their whim. Despite this, according to what I’ve heard, there were some, a few, that were evaluated as “pretty good.”
“Pretty good” is how the compas describe something good without making a fuss. “How are you?” “Well, I’m here, pretty good,” is how we greet each other.
Meanwhile time marches on just as we do, without fuss, just moving along, like shadows…
And the compa Galeano, who lit up these classrooms, houses, and schools with his word, now fallen and silent, murdered.
Then came the embrace of our compañeros, collective and sincere, from the Sixth.

A South Dakota tribe has barred a Rapid City-based defense lawyer from entering their land.
Oglala Lakota Tribe officials passed a resolution banning Rapid City lawyer Patrick Duffy from the Pine Ridge Reservation, after Duffy hired on to defend a Philip man charged with disorderly conduct for behavior toward Native Americans at a hockey game.
Tribal public information officer Kevin Yellow Bird Steele confirmed Thursday that the tribal council approved the resolution submitted by the Pass Creek District representatives on Feb. 24. He referred further inquiries to representatives from the district, who couldn't be reached for comment.