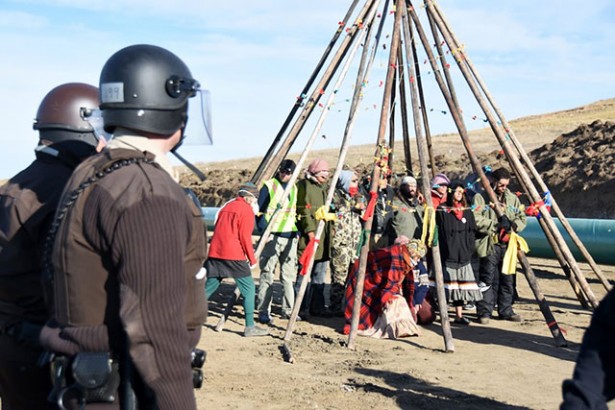 Raye Zaragoza sings 'In the River: A Protest Song for Standing Rock' 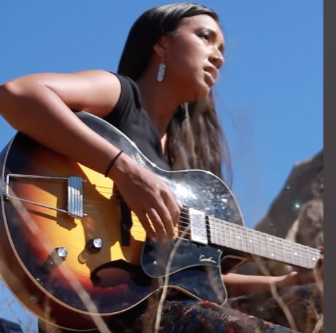 Censored News in honored to share this beautiful and powerful song by Raye Zaragoza.
"I am a singer-songwriter based in Los Angeles. I am part Pima and wrote a song in support of the Standing Rock Sioux Tribe, in solidarity against the Dakota Access Pipeline."
https://soundcloud.com/rpmfm/raye-zaragoza-in-the-river-a-protest-song-for-standing-rock

Please post and distribute.
MNN. Oct. 20, 2016. NYS District Court of Freddie Scullin [Bones] pulled another dirty corporate “my’trick”. A day after the verdict on October 14, 2016 was in, which let off all the INDIAN Detail mercs for their criminal enterprise at onondaga, all the evidence and exhibits was boxed and sent to the plaintiffs.

I-81 INDIAN Detail thinks they got away with it!
Jones, et al v. Parmley, et al, 98CV374 is being appealed and this evidence is suppose to go to the 2nd Circuit Court.
Local Rule 79.1(d) requires that evidence can only be removed after the case is over. They could be tampered with and derail the appeal. The Onondaga 15 plaintiffs were told to not open the boxes.

onondaga 15, whatever you do, don’t open the box!
They want to get rid of the clean evidence that Judge Scullin [Bones] kept out of the case. Otherwise they could not have gotten the verdict they wanted to cover up the criminal acts of the I-81 INDIAN Detail.

Freddie Scullin [Bones]. “Get rid of it quick!”
The court demonstrated again that it is a big filthy dirty chimney full of soot, sediment and dust. The court personnel, judges, lawyers and clerks, are the soot that’s accumilted. Anyone taken in there comes out covered in the filth. Don’t wear white when you go to court as you’ll be covered with their smoke and mirrors.

The court is a private corporation for the profit of its shareholders. Their cops book people and create customers. The victims are captured and brought into the Admiralty vessel for processing. The chief pieces of soot figure out all the charges they can lay. Then the victim is given a deal to pay or go to the big fire house for a short or permanent stay or eliminated altogether.

Scullin [Bones]: “My job is to protect the business!”
The kaia’nere:kowa is the way back to peace and sustainability. Unity, strength, peace.
Midnight Oil asks: “The time has come to say fair is fair. To pay the rent. To pay our share. The time has come, a fact’s a fact. It belongs to them. Let’s give it back. .. How we can dance when our earth is turning. How do we sleep while our beds are burning?”.