Chairman Frazier 'Our Voice through NCAI has been Terminated' 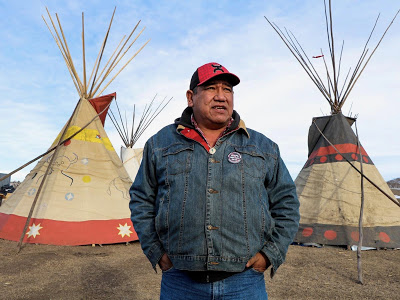 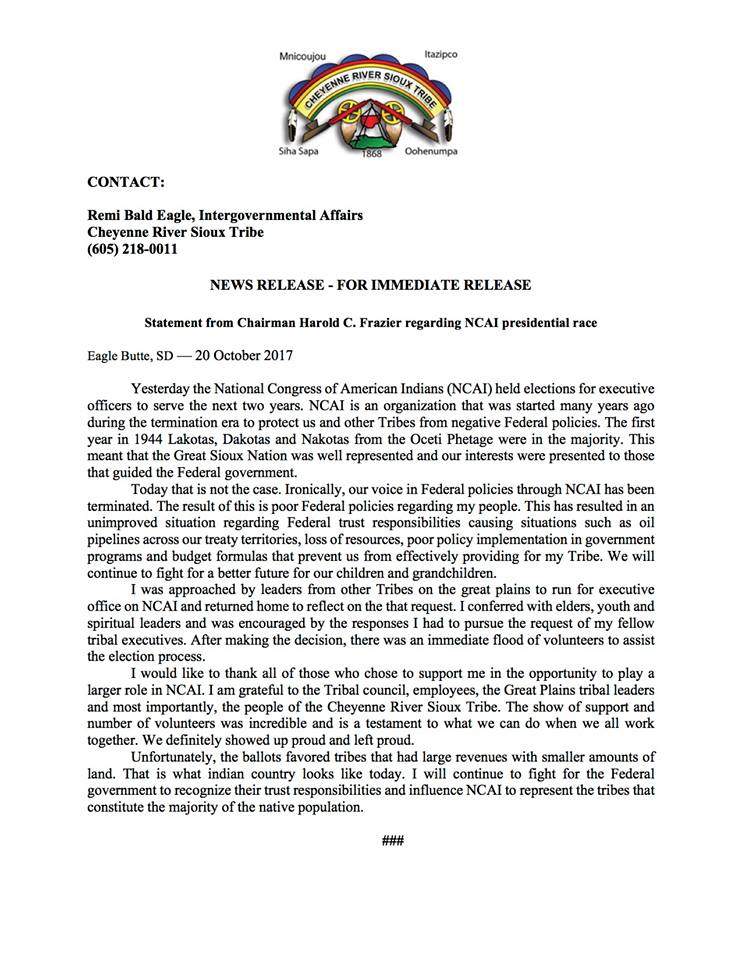 Here's two of my memories of covering NCAI as a news reporter -- The horderves in meeting rooms were enough to feed small countries (which tells you about the money plays.) And, when I arrived at the annual NCAI in Phoenix area, the last one that I ever went to, a huge poster at the door said, "Sponsored by the FBI." Thank you Chairman Frazier, you will go down in history as the leader who pleaded face to face with Obama to halt the police violence against water protectors at Standing Rock, and Obama will go down in history as the President who turned his back, and refused to stop those rubber bullets and tear gas, which were fired again on water protectors the next day. Thank you for being who you are. You would have been an asset to NCAI as a leader, but it is clear now, and was always clear, the direction of NCAI. Better things to do with your time. -- Brenda Norrell

When Chairman Frazier pleaded with Obama to stop the police violence against water protectors, Obama did nothing, and went golfing and to a $100,000 fundraising dinner. This is what real leaders do for their people, what Chairman Frazier did. --
Brenda Norrell https://bsnorrell.blogspot.com/2016/10/cheyenne-river-chairman-receives-little.html