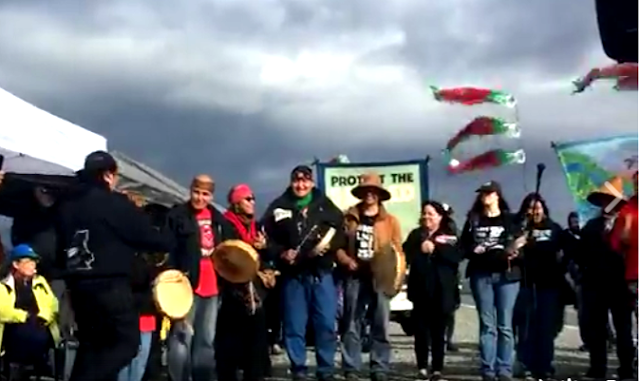 Below: Dorothy Parker's live video "Prayers for the Salish Sea"

The search for Twyla Roscovich, a 38-year-old B.C. filmmaker, activist and mother, has come to an end.
Roscovich’s body was found earlier this week, according to posts by friends and family on her Facebook page.
“We are deeply saddened to inform everyone that our dear Twyla’s body has been found,” the post begins. “No foul play is suspected. We request that her family’s privacy be respected at this difficult time.”
Roscovich had been living in Sointula on Malcolm Island and had left on Sept. 6 for Vancouver Island before being reported missing on Tuesday this week. Her car was found in Campbell River, with friends expressing concern that she may have gone into the woods to camp and run into trouble.
Read article at Vancouver Sun
http://vancouversun.com/news/local-news/search-ends-as-missing-b-c-filmmaker-activist-and-mother-twyla-roscovich-found-dead