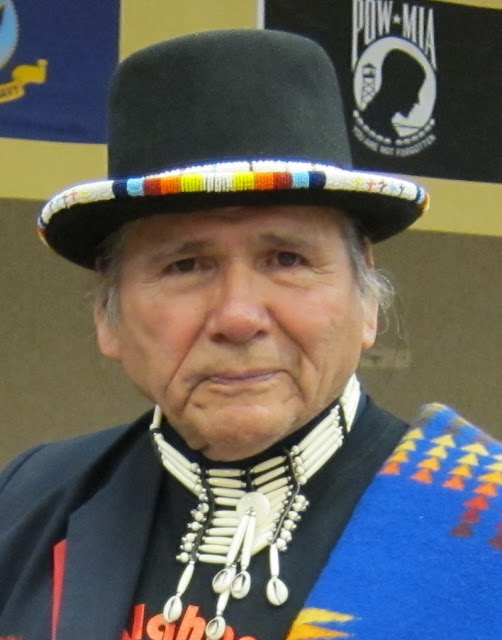 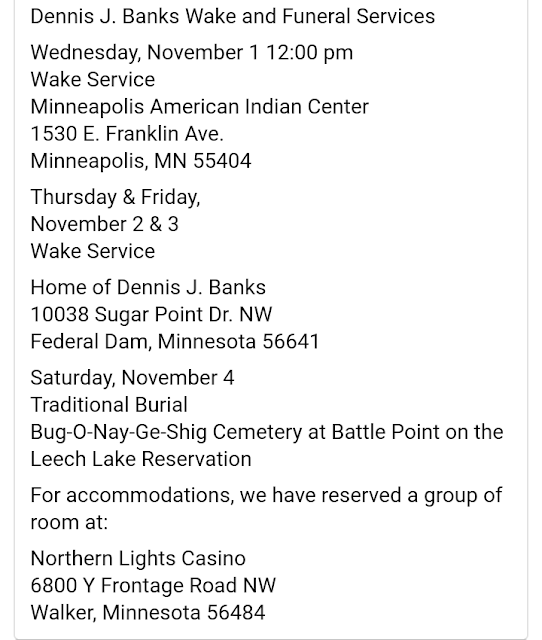 As he took his last breaths, Minoh sang him four songs for his journey. All the family who were present prayed over him and said our individual goodbyes. Then we proudly sang him the AIM song as his final send off.

Our father will be laid to rest in his home community of Leech Lake, MN. Presiding over traditional services will be Terry Nelson. We welcome all who would like to pay respects. As soon as arrangements are finalized, we will post details.

The children and grandchildren of Nowacumig

Great people opening roads to the spirit of the earth. Rest in peace, him, not us.