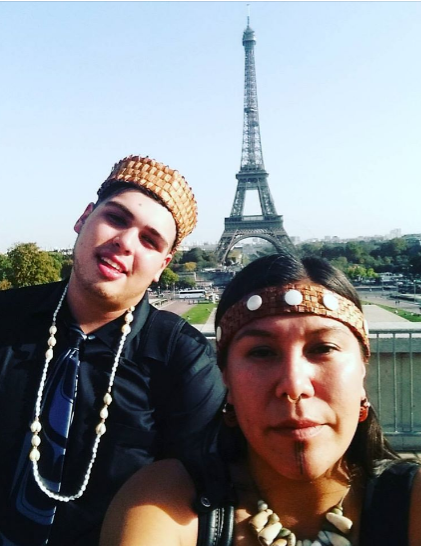 PARIS -- Secwepemc Warrior Kanahus Manuel, following the path of her father Art Manuel, writes from Paris today, "In Paris to address the banks and insurance companies to pull their insurance and investment from the Trans Mountain Kinder Morgan pipeline and from Kinder Morgan Canada, the corporation. We are citing the risks and uncertainty around Unceded Indigenous Territories in BC, the environmental risks, economic risks, legal risks and political risks. I am travelling with the Secwepemc Risk Assessment put together by Indigenous Network of Economies and Trade citing all of these risks. We will never surrender or cede or lands, there is NO CONSENT from Indigenous Nations to build this pipeline."
. 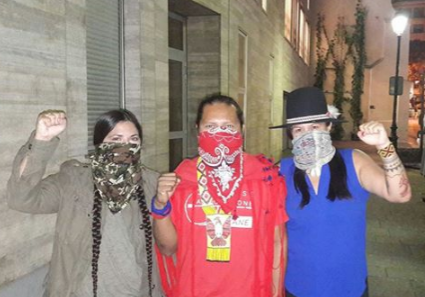 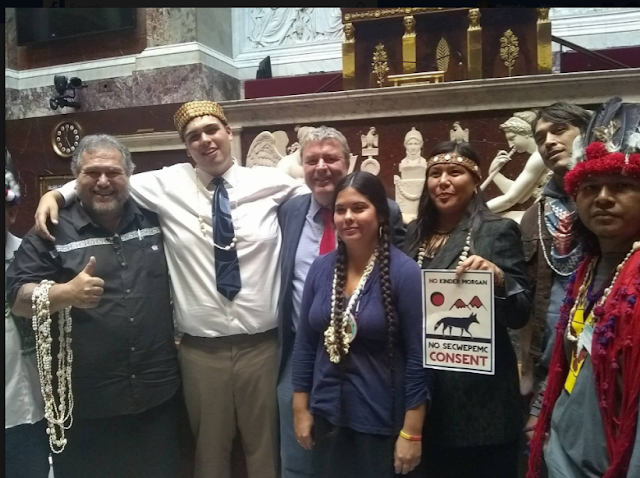 Kanahus is also featured today in the global newspaper based in the UK, The Guardian. in the article, "Indigenous Rights, Serious Obstacle to Kinder Morgan Pipeline, Report Says"
Excerpt

... The report also notes that the likelihood of increasing Indigenous protest has not been accounted for by the company. Inspired by her time at the Standing Rock encampment, this fall Manuel and others finished constructing the first of several tiny houses – to be outfitted with solar-panels – that they will place in the path of the pipeline as an act of defiance. “We will defend with all of our capacities our unceded lands and waters from this climate chaos-fuelling pipeline,” Manuel said from Europe.
“The government has to follow the minimum standards laid out in the United Nations Declaration on the Rights of Indigenous Peoples – that includes free, prior and informed consent, which they have not gotten from us for the project. Instead Kinder Morgan is hiding the risks and the costs their backers will face when this pipeline doesn’t get built.”
Read article:
https://www.theguardian.com/environment/true-north/2017/oct/16/indigenous-rights-serious-obstacle-to-kinder-morgan-pipeline-report-says
at October 16, 2017