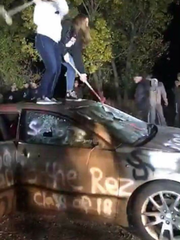 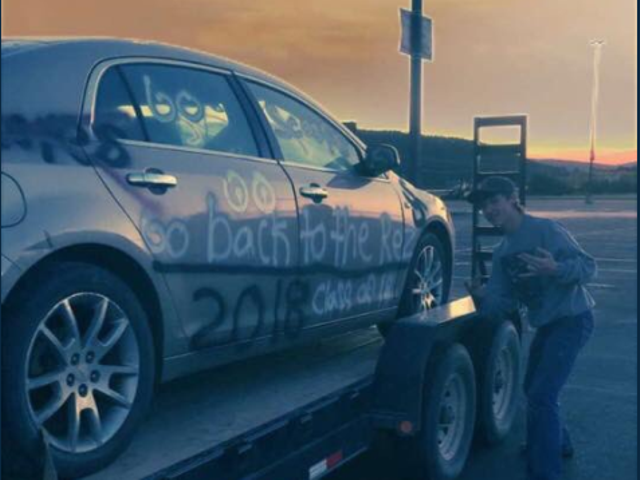 Facebook purged the photos of a racist, violent sabotage of a car by Sturgis Brown High School students, priot to a football game with Pine Ridge Lakota high school students. Sturgis High canceled its homecoming activities and forfeited a football game against Pine Ridge because of the attack.
The purging of photos on Facebook came next.

Jim Kent, writing in Lakota Country Times, said, "If only racism could be as easily expunged from our communities as it is from our 'personal' Facebook pages and by the media."Read Kent’s article, “Sturgis Racism Disappears From Facebook And Media Coverage," at http://www.lakotacountrytimes.com/news/2017-10-19/Voices/Sturgis_Racism_Disappears_From_Facebook_And_Media_.htmlArgus Leader reporter Trevor Mitchell wrote, "Sturgis Brown High School has canceled all of its homecoming activities and forfeited a football game against Pine Ridge following racist comments that appeared on social media. Photos began to circulate Wednesday night showing a car spray-painted with the words 'Go back to the rez.' Pine Ridge School is a K-12 school serving the Oglala Sioux Tribe ,,, "