To mark the 49th anniversary this week of the founding of the American Indian Movement (AIM), we’re taking a look at the FBI file of John Trudell, esteemed Santee Dakota poet, writer, speaker, and musician who was a key member of AIM, rising to the rank of National Chairman by the mid seventies.
Read the article at MuckRock
https://www.muckrock.com/news/archives/2017/jul/13/john-trudell-fbi-file/?utm_content=buffer7cb6a&utm_medium=social&utm_source=twitter.com&utm_campaign=buffer
at July 13, 2017 No comments:

Mohawk Nation News 'It's Criminal. There Oughta' be a Law.'

Mohawk Nation News
Please post & distribute.
MNN. July 12, 2017. The conflict continues at kanesatake. The mayor of Oka and his partners want to build 400 homes for strangers right next to the Pines and the Mohawk burial grounds. A 76-day resistance took place in 1990 at this site referred to as the Mohawk Crisis.

Canada sent in the combined forces of the Canadian army, RCMP and Quebec Police. This international land issue got worldwide attention. The banks, corporation and real estate developers always coveted the beautiful onkwe-hon-weh land on the Lake of Two Mountains and its mineral resources.

The colonial settlers refer to the Mohawk Nation as a “special interest” group. Canada refuses to protect the lands and culture of the true original people of ono-ware-keh, great turtle island. kaia-nere-kowa, the constitution of the great peace, provides that the people shall resist theft, genocide and desecration of mother earth.

According to the original instructions, all onkwe-hon-weh have the duty to protect the great mother and all life.

Standing Rock -- the water protectors -- are the future 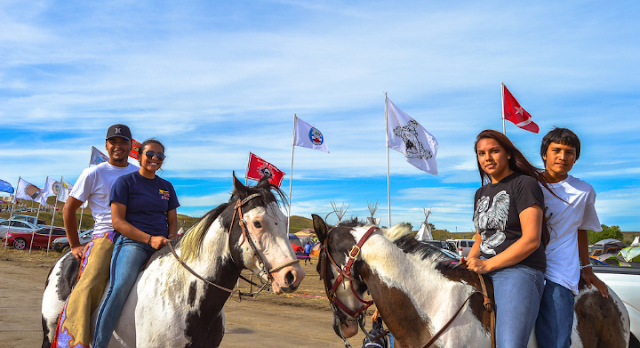 
Standing Rock -- the water protectors and their camps -- are the future.
Why? Because this Native led movement resisted, without compromise, to the extent that a militarized army of police were summoned to batter them.
But even these forces could not break their spirits.
If the world had not been watching, there is no doubt that the police would have been even more violent to women, children and elderly.
One exposure should provide clarity to the world. It comes by way of a leak to The Intercept.
The ridiculous security reports of TigerSwan mercenaries at Standing Rock were the basis of the coordinated massive police buildup, and their tanks and weapons of war.
This manufactured intelligence is the same profit-driven hyperbole that results in the U.S. initiating and justifying its bogus wars.
Don't be fooled by the current pause.
Standing Rock was a seed in fertile ground.
The earth gives birth to this resistance. 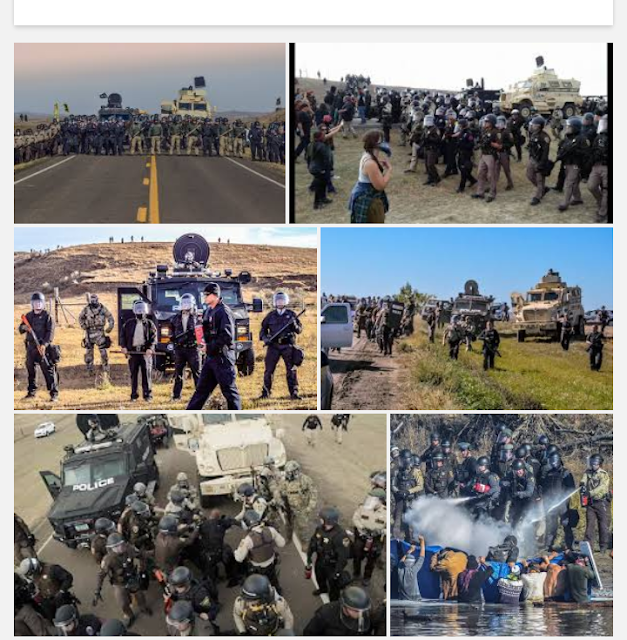