From The Vortex -- A Song for the Water -- Mni Wiconi 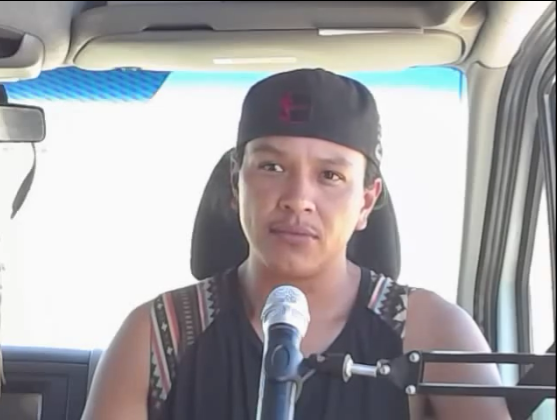 A Song for the Water, in Beauty and Peace, as the Resistance to Keystone XL Grows

EAGLE BUTTE, South Dakota -- Willis, Lakota traditional singer, says the songs can bring people up to the power of beauty.
"Don't let anyone ruin your day, think of a song, think of something that makes you happy."
Willis said this camp of water protectors here is referred to as "The Vortex."
Speaking with Spirit Resistance Radio, at the Wakpa Waste powwow grounds, Willis said, "We like to keep our camp traditional. We try to apply some of the traditional justice laws that we had a long time ago, to today's laws."
When people try to agitate, people are given three chances, he said. "If they don't want to stop, that's when they have to leave."
Willis loves singing traditional songs and he loves this land, and the water.
Willis, from Cherry Creek, South Dakota said the Keystone XL Pipeline will go about 20 miles from his home, where the pipeline route targets this land.
Willis remembers defending the water at Standing Rock, and how his grandmother and young daughter had dreams of what would happen to the water protectors.
"My grandma knew how bad it was going to be."
She knew they would be shooting rubber bullets at the Water Protectors at Standing Rock.
His young daughter dreamed of him getting shot.
Willis was there when they sicced the dogs on them.
"It wasn't suppose to be a race thing."
"It was supposed to be about water for everybody."
If they contaminate the water, it will effect 18 million people. "Without water, we wouldn't have life, we wouldn't be here," he said.
His grandma came after him at Standing Rock camp -- more than once. She said, "It is going to be bad, I don't want my grandkids to be here."
"She said if I got shot, she doesn't know what she would do."
Now at Wakpa Waste Camp, where water protectors came when the water protector camps were leveled at Standing Rock, Willis speaks out for peace, beauty and the water.
"We're still going to keep it peaceful."
"I'm still in the fight. I feel like this is where I have to be."
Remembering the aerial surveillance of water protectors at Standing Rock, he said even now at Wakpa Waste Camp at Eagle Butte on Cheyenne River Lakota land, the same drones that were at Standing Rock continue.
Water protectors are preparing to battle the Keystone XL Pipeline, which targets the Ogallala Aquifer.
"They say they are arming themselves with real bullets this time."
"Stay in Peace," says Willis.
Listen to Willis sing Mni Wiconi.
"That's the song that first came to us. We took that up there, to the people," Willis said.
A Time for Healing
Spirit Resistance Radio hears from a water protector now at Eagle Butte in a second interview.
During this time of transition, people are healing at Wakpa Waste Camp, Josephine said. They are also working in the community to help the Cheyenne River Lakota community.
The mercenaries are in the pipeline Man Camps and the helicopter of Dakota Access Pipeline is above -- the yellow DAPL helicopter that was overhead at Standing Rock -- has been overhead.
"The Man Camps bring alcohol, drugs, all kinds of things."
Josephine urges the people to be humble, be united, and work together to protect Mother Earth and Future Generations.
"Get the fear out of your hearts."
"Remember prayer, unity and love."
It is the U.S. government that is protecting the corporations.
But the water protectors showed them they were not afraid.
Josephine remembers when they were hit with water cannons and pelted with projectiles in the subzero night as they defended their water source, the Missouri River, from the Dakota Access Pipeline.
"We showed them that we would still stand up."
"Show no fear."
"Remember Creator is watching over us." 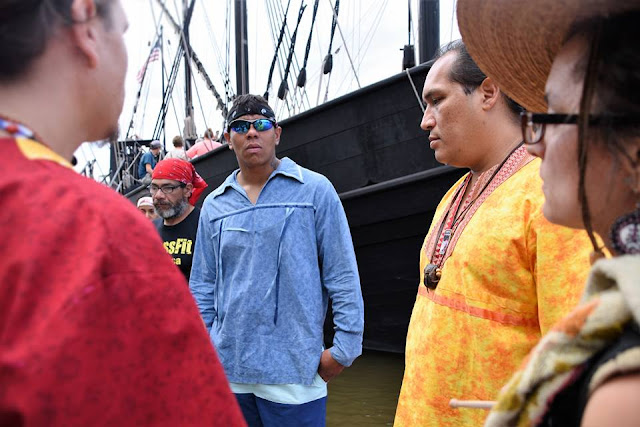 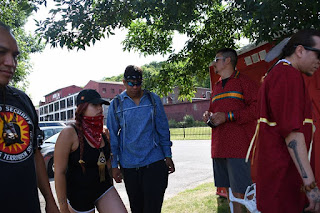 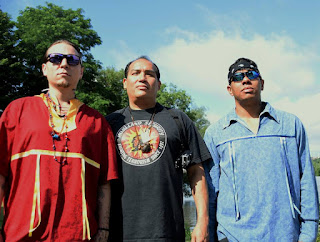 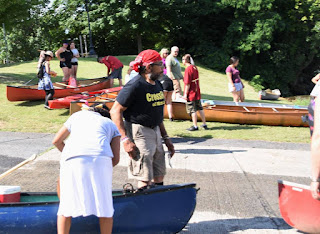 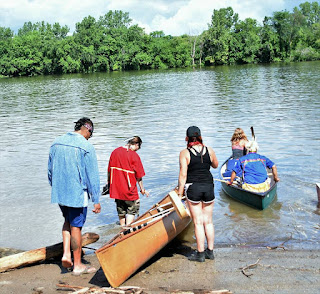 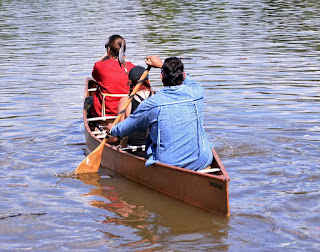 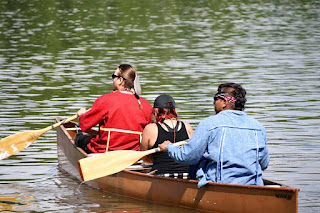 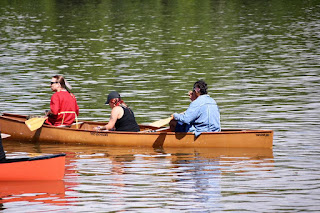 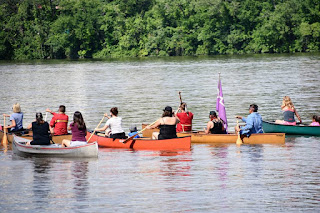 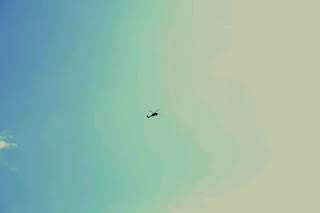 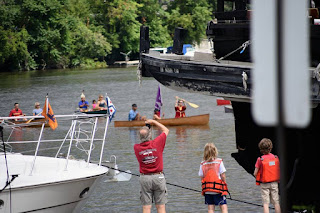 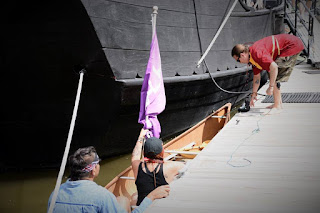 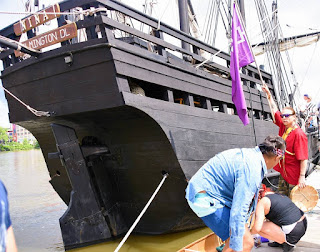 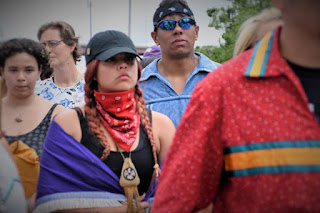 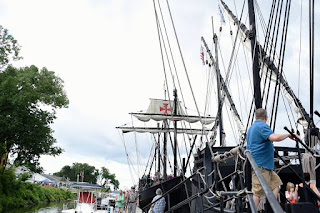 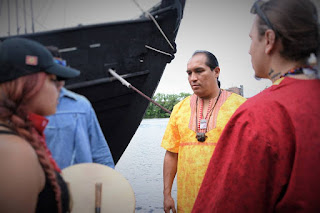 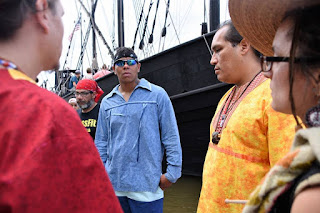 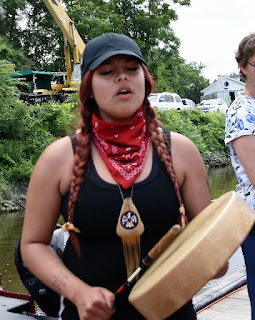 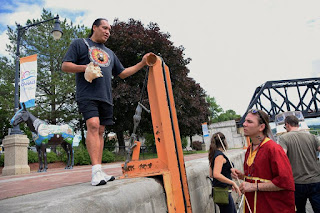 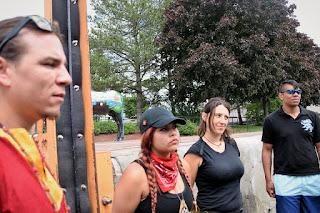 Onkwehonwe (mohawks) Northern. Chahta (choctaw) Southern confront columbus captain and ships. ORDERS: DOCK SHIP FOR INSPECTION.
Akwesasne Longhouse People canoe to ships to say 'no entrance.' Speak on the people who were taken and eaten as food supply for columbus and shipmates. Documented on columbus that original people were eaten also we were called the long pig explaining we tasted almost as the short pig. (Note: Paynes doctrine) where term Indian steak comes from. It's why fish is now eaten on good Friday as to stop invaders from eating man.