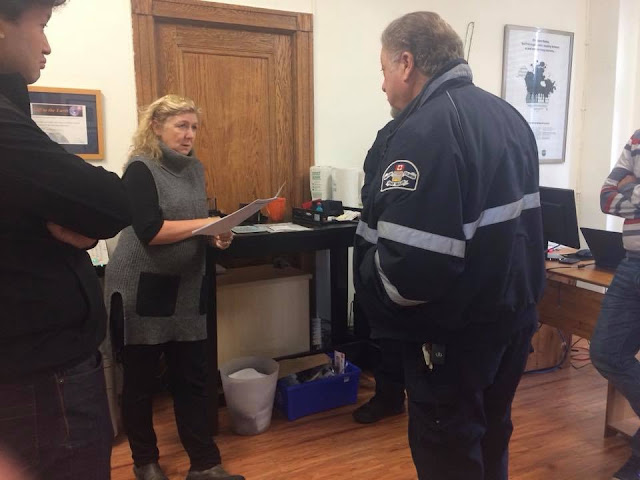 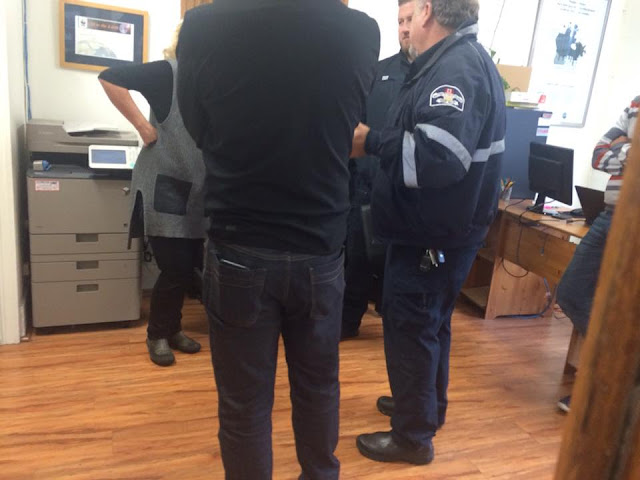 Update at 1 p.m. local time: Enbridge appears to have backed down following widespread exposure today.
Enbridge said on Twitter just now, "We have asked the Sheriffs not to seize any assets of Stand.earth and we will not be pursuing the matter further."
Check back for updates.

Press statement by Stand.earth
October 17, 2017
Censored News
Watch video now: "It is an attempt to intimidate us and bully us. We will not be bullied," Stand member says of Enbridge, after Sheriff said they are seizing their computers, and will return with a moving truck. https://www.facebook.com/standearth/

VANCOUVER, BC - At this moment sheriffs are waiting outside the Stand.earth office at 207 W Hastings on Enbridge's orders to seize all assets of the organization.
This morning our staff was served a notice of writ of seizure and sale, and two sheriffs showed up at our door, demanding to take all of our assets.
This because Stand.earth stood up to the National Energy Board under Harper to fight against inadequate public consultation for Tar Sands pipelines in 2014 and now Enbridge is trying to shut down the organization in order to pay their court costs.
"This is an outrageous act of bullying by Enbridge", says Campaigns Director Karen Mahon. "Enbridge is a massive corporation that earned $4.6 billion last year, yet is demanding Stand.earth pay their court costs, even though time has proven them wrong."
Enbridge sees that Stand.earth is a threat, and is thus trying to stop our work.

One day after we won against forestry giant Resolute in court, pipeline giant Enbridge is shamelessly trying to intimidate us by threatening to seize our computers and furniture. This is pathetic and we won't be intimidated.

Since Monday, Enbridge has been in major headlines three times. 1 The global newspaper The Guardian featured Secwepemc Warrior Kanahus Manuel speaking out against Enbridge on tour in Europe. 2. Enbridge sent Sheriffs to seize the computers and assets of a small environmental group, Stand.earth, in Vancouver B.C., this morning. Enbridge backed down today after a major backlash. 3. On Monday, Trump approved Enbridge's tarsands Alberta Clipper Line 67 pipeline expansion to double in size at the US crossing at Neche, North Dakota.
-- Censored News

Update Monday, Oct. 23, 2017 by Censored News
Stand.earth didn't back down when the sheriffs came to their door last week with a court order from the bully Enbridge, who wanted to squash this small environmental group. Sheriffs said they were going for a truck to haul away their computers and assets. Thanks to swift intervention by Stand and allies, the monster of dirty crude oil pipelines -- with a Trump card in its pocket -- was slain this time. Here's Stand's latest post: Stand writes, "Did you know that Royal Bank of Canada gave $341 million to finance the Dakota Access Pipeline?"

Kanahus speaks out in Europe, featured in The Guardian:
https://bsnorrell.blogspot.com/2017/10/secwepemc-warrior-kanahus-manuel-in.html

Zapatistas in Morelia 'Destroying the Monster and Strengthening the Movement'

WORDS OF MARÍA DE JESÚS PATRICIO MARTÍNEZ IN THE ZAPATISTA CARACOL OF MORELIA ON OCTOBER 15, 2017

"We must destroy this monster and we must do it all together .. We have to shake hands with everyone, everyone who feels that it’s important to have a dignified life, a life that we have to transmit to all those who come after us." 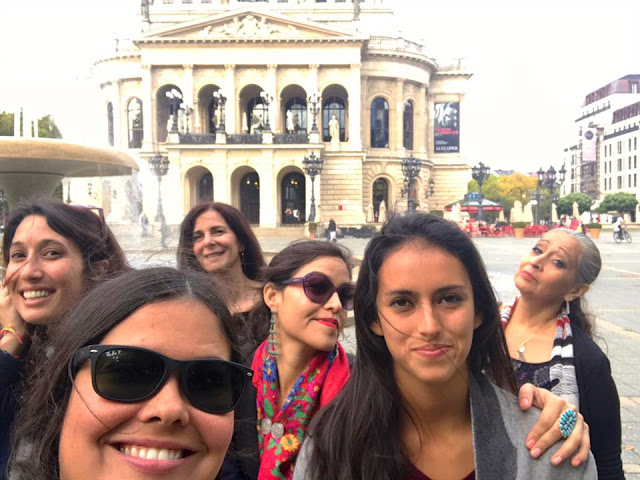 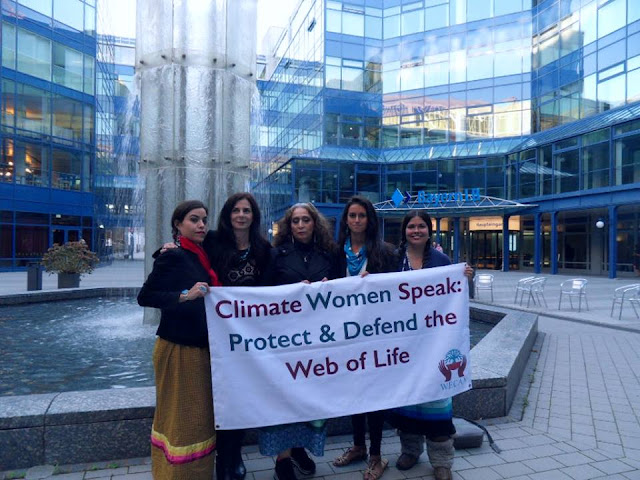 'Water is Life' Standing Rock and French Guiana Speak Out in Paris, Photos by Christine Prat

Mohawk Nation News
Please post and distribute.
MNN. Oct. 17, 2017. People know that creation is in charge. Natural power comes through the women who are closest to the earth and connect to the moon. Everyone has to figure things out. We must do what all of creation tells us by listening and living according to its spirit.
Read article at Mohawk Nation News
http://mohawknationnews.com/blog/2017/10/17/creation-the-avenger/
at October 17, 2017 No comments: