Get ready Miami for tomorrow, Saturday: 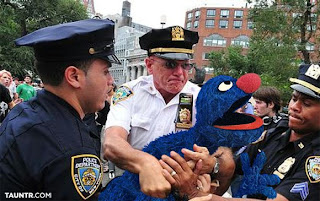 Native Delegation in DC: A final 'NO!' to Keystone Pipeline

WASHINGTON -- Native American leaders from the US and First Nations leaders from Canada, along with grassroots members and the Indigenous Environmental Network (IEN), met with United States Assistant Secretary of State Dr. Kerri-Ann Jones today.

They traveled to Washington DC to voice concerns on the Canadian company TransCanada, and its proposed Keystone XL pipeline. If approved, the 1,700-mile, 36-inch pipeline would carry 900,000 barrels per day of dirty tar sands oil from Alberta, Canada to the Gulf of Mexico. Concern over the US government’s duty to consult with Tribes was a major issue brought forward in the meeting. Tribes expressed grave concern over the violation of the trust relationship between the US government and Tribes because of the lack of meaningful consultation.

Other questions and concerns brought up included the safety of the Mni Wiconi Rural Water pipeline, which provides drinking water from the Missouri River to the Oglala, Rosebud, and Lower Brule Lakota Nations, and several communities throughout western South Dakota.

“The tarsands oil pipeline would cross the Mni Wiconi water pipeline that provides drinking water to the Pine Ridge, Rosebud and Lower Brule Sioux reservations.We oppose the Pipeline; the oil it would carry contains toxic substances, which have never been identified. We don’t want those toxic substances to enter our water supply. I believe there is a 99.9% chance that the oil pipeline will spill or leak. Who will be liable for the damage to our people and environment? We do not want a mitigation fund setup, it would be to late, we do not want this pipeline” said President John Yellow Bird Steele.

The Native delegation presented the “Mother Earth Accord," along with over 60 pages of supporting endorsements from Tribal Governments in the US and Canada, Native and non-Native organizations and concerned individuals.

“TransCanada’s proposed Keystone XL pipeline means an expansion of the tar sands in Northern Alberta,which we oppose. Although the tarsands are south of our homeland, we rely on a watershed that is downstream and we already feeling and seeing the effects,” stated Dene National Chief Bill Erasmus.

Marty Cobenais of the Indigenous Environmental Network stated, “The Mother Earth Accord demonstrates how people of all races, north and south of the US-Canadian border, have come together to oppose this pipeline.The US State Department has conducted itself in a flawed manner by not fulfilling its duty to consult with Tribes impacted by the proposed right of way for Keystone XL. This is a treaty rights and environmental justice issue that is not in the national interest of America."

The Native delegation was cautious as the U.S. State Department responded with a promise to conduct a risk assessment related to the concerns brought forward. US State Department failed to release any further details or subsequent time frame.

The international Native delegation will provide testimony at the final Keystone XL pipeline public hearing being held in Washington DC, Friday, October 7, 2011 at the Ronald Reagan Building from 10 am to 2 pm.

Actor Danny Glover has achieved a new type of celebrity status, this time in the Wikileaks cables.

Considering that the Zapatistas are only discussed in two cables, while another four cables focus on the Mohawks, with another dozen cables mentioning the Mohawk, Glover's score of five cables places him somewhere in between. So, this gives Glover an impressive rating in the quasi-category of targeted-and-spied-on-possible-revolutionaries.

Who's keeping score? The US State Department.

The cocktail party gossip of US Ambassadors reaches frenzy state in the US diplomatic cables when anyone supports Venezuelan President Hugo Chavez. (Unfortunately while tracking Chavez and Glover, they seem to have missed the articles on so many of my friends meeting with Chavez. How could they really miss the American Indian Movement meeting with Chavez?)

Anyway, the Ambassadors weren't just tracking Glover, they also wanted to try and get some funding from him.

Meanwhile, Glover joined us aboard the Earthcycles bus at the end of the Longest Walk 2 in 2008 to talk about racism in the US. Although the US State Department didn't get wind of Glover onboard the good ship Earthcycles, the State Dept. did keep tabs on Glover when he was with President Chavez.

Aljazeera's article, 'Beware of AlChavezeera' reveals two topics of US paranoia: Chavez and Aljazeera. Now, we can add a third: Danny Glover.

Finally, actor Harry Belafonte also joined Glover, Daryl Hannah, and the walkers at the end of the Longest Walk 2 in DC in 2008. Belafonte is included in two US diplomatic cables. The US Ambassador in Israel pointed out that Belafonte said, "the Bush administration resembled the Nazi regime." Hannah is mentioned in another cable, speaking on climate change in New York.