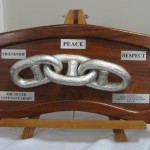 MNN  20 June 2012  Canadians are celebrating their victory in the War of 1812 with lies.  Canada refuses to acknowledge their obligations and debt to the Mohawks. They want to keep robbing us of our territory and resources for a few pennies in "treaty negotiations" or "partnership" agreements.


The Six Nations of the Grand River withdrew from the commemoration of the Battle of Queenston Heights.  Our major role in the three opening battles was belittled. Our duty was to protect the Two Row Agreement and for the invaders to live in peace. A wampum belt that the Crown had given to the Mohawks in 1912 was going to be presented acknowledging our independance and sovereignty.

The British have all our wampums on all our agreements since 1684 when they arrived in Albany.  We can help them translate the wampums and polish the chain.

Regarding the Covenant Chain and the Two-Row Wampum, in 2009 Canada stated that the understanding between the Crown and the Haudenosaunee has changed.  Everything is confirmed in the wampums.  Canada said a discussion would not be constructive for them. Everything reverts back to one day before June 25th 1701 when we presented the Two Row Wampum to them with 47 Indigenous nations adhering to the agreement.

Mohawk warriors determined the course of world history. Canada’s Prime Minister Harper has re-written this 200 years later. In the War of 1812 the Mohawks were not just "allies".  The Rotiskenrakete always watched whether they were keeping the peace on both sides of the corporate border 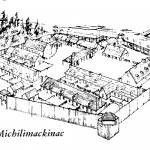 Canada was formed through three Mohawk victories. The Americans declared war on the British to take over Canada. The first battle was April 1812. The Mohawks went to the American Fort Michilmacinac at the convergence of the three big lakes. The Mohawks grabbed the American patrols, killed them and sent them back with no skin except for one. The Americans immediately surrendered to the British to save themselves from the Mohawks. Not one shot was fired. British General Brock claimed victory, though it was a Mohawk victory. 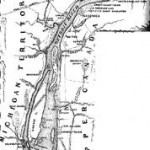 In Detroit the Mohawks were joined by Tecumseh and his Shawnee warriors. We were stationed around Fort Detroit. Brock sent word to the Americans, "I can’t control the Indians. They want to skin you all".  Without a shot being fired, 1500 Americans surrendered to the British once again to save themselves from the Mohawks.

The third battle was at Queenston Heights on October 13. Americans sent thousands of soldiers across the Niagara River to secure the British gun battery. Gen. Brock was in his barracks. In the early morning, he ran out to the battlefield with a sword, got a musket ball in the head and died in the first 3 minutes of the battle.  The British troops grabbed their dead general and immediately retreated from the battlefield. The 96 Mohawks warriors watched. Then they stood up and took the guns. When the Americans saw the Mohawks, they ran for their lives across the river. Another Mohawk victory.