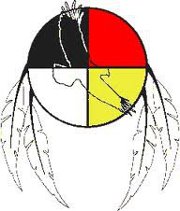 As you are probably aware, there are many new conflicts arising from the creation of new imposing laws being implemented within North America that will pose a danger to our Mother Earth and her natural resources more so now than ever. In Canada and in the USA, we have the tar sands and pipeline dangers and Plan Nord amongst many other Government and privatised projects, stealing more sovereign traditional lands and waters from our Peoples within North America until there will be nothing left for the seven generations to come.
Read more: http://decolonizenorthamerica…
Phone: 1-519-774-0850
Event Type: talking, about, solution, to, true, decolonization, with, the, nations
Organized By: Christelle J, Nicole Lebrasseur, Barbara Henry – Cayuga Nation Barb Garlow – Cayuga Nation Cheryl Squire – Mohawk Nation Cathy Walker – Anishinabek Nation
Latest Activity: 18 hours ago
Posted by Censored News, publisher Brenda Norrell at June 17, 2012