By Brenda Norrell
Photo: Ola Cassadore Davis spent her life defending Apache sacred lands. Photo by Sandra Rambler.
Censored News
The US House's Natural Resources Committee plans extensive seizures of lands and resources to benefit private corporations and the US military.
First on the list of this US House of Snakes is a land exchange opposed by San Carlos Apaches, the Southeast Arizona Land Exchange and Conservation Act of 2013.
The Arizona Congressional delegation is pushing for the destruction of sacred land for copper mining.
"It is outrageous that members of our Arizona Congressional delegation support a land swap that benefits a foreign mega-mining giant over what's best for Arizona," said Terry Rambler, Chairman, San Carlos Apache Tribe. "Resolution Copper Mining (RCM), owned by Rio Tinto which does business with Iran, wants to blast a 7,000 foot deep, massive block-cave mine into sacred land in the Tonto National Forest. This land was set aside in 1955 by President Eisenhower for its religious, cultural, traditional, recreational and archaeological significance.

"We, along with many tribes, and recreational and environmental organizations, have opposed this land swap and the mine for more than seven years.  Arizona cannot afford this deal. The mine would be an environmental disaster on an unprecedented scale and the job claims made by the copper company are unsubstantiated.  As Apaches, we will continue to fight to preserve this land for all Arizonans." (Read more of the statement: http://www.prnewswire.com/news-releases/coalition-opposes-new-southeast-arizona-land-exchange-and-conservation-act-of-2013-191851911.html )
Read more »
at May 17, 2013 No comments: 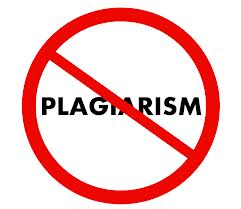 JOHN KARHIIO KANE (Mohawk) (www.letstalknativepride.blogspot.com)
Discusses the "exclusivity zone" being used as a method to urge the Seneca Nation of the Haudenosaunee to pay the half a billion dollars owed to New York State. Under the casino compact or state-run casinos could be built in areas, key to the Senecas' success..
His program Let's Talk Native airs WWKB is an AM radio station in Buffalo, New York
BRANDON ECOFFEY (Lakota) (www.Indianz.com) He is currently the managing editor at Native Sun News Weekly and a contributor to LastRealIndians.com.
Brandon also writes the Editorial Page of Native Sun News. We discuss the idea of plagiarism and the consequences to the 'real' Native communities by mainstream media and throughout "Indian Country" today.
Also see: Censored News 'Native Sun News' Tough Editorials on Hijacking the Voice'

We are joined by James Goodale, the general counsel for The New York Times during the Pentagon Papers crackdown. He discusses how the Justice Department's disclosure of secretly subpoenaed phone records of journalists from the Associated Press has prompted a wave of comparisons between President Obama and Richard Nixon.