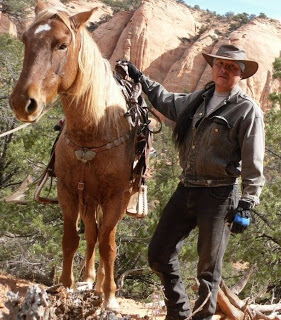 Dine' Leland Grass will be on Native America Calling on Thursday, Sept. 12, 2013, with Navajo Nation government spokesperson Erny Zah and others. Grass said they will go "head to head" on the Horse round up and slaughter.

Navajo medicine people say efforts to exterminate wild horses repeats the pattern of the slaughter of the buffalo and is an indicator of the loss of the sacred and traditional ways as a result of boarding schools and colonization.

Leland Grass said Navajo leaders have lost the meaning of the Horse Song. Grass posed this question to tribal politicians who reflect the BIA mentality: "Why do you carry Horse Song (or even ask for horse song in your trail ride event) and want to kill numerous horses of your land that is sacred to all living."


Thursday, September 12, 2013 – The Great Horse Controversy
Many Native American tribes consider the horse a sacred animal. What happens when the sacred becomes too much for tribes to care for? Wild, or feral, horse roundups have been controversial in recent years. Tribes involved in the round ups say wild horses put a strain the economic and environmental resources. Leaders from the Navajo Nation and Yakama Nationhave spoken out in support of horse round ups and a proposed commercial horse meat processing facility in New Mexico. Some individuals, including cultural leaders, have spoken out against the roundups and horse slaughter. What do you think about slaughtering wild horses? Is there a middle ground on this issue?
Break Music: It's My Horse (song) Jay Begaye (artist) Horses Are Our Journey (album)
http://www.nativeamericacalling.com/nac_main.shtml

NAVAJO NATION HORSE ROUND UP SCHEDULE 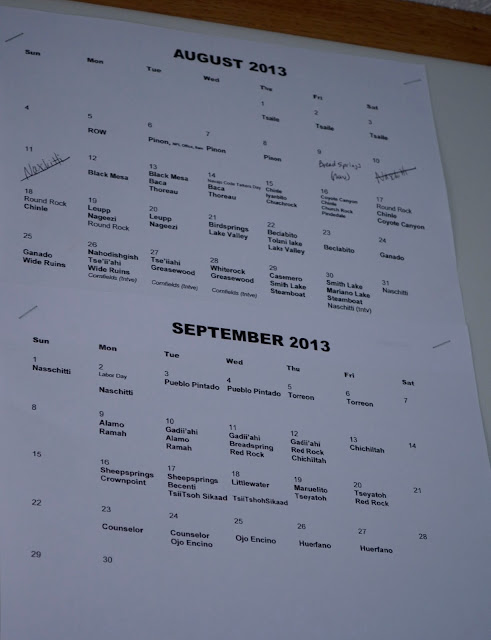