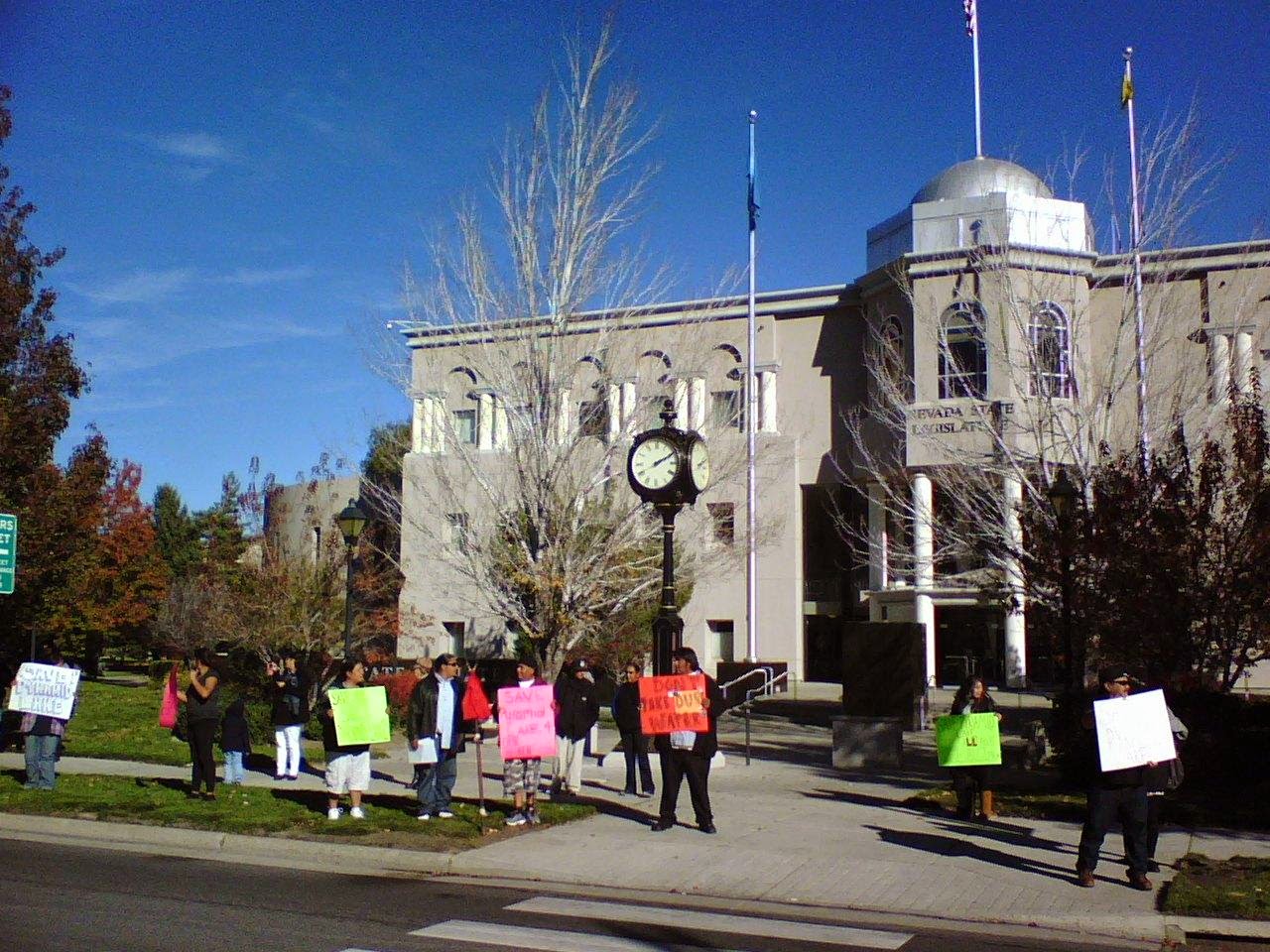 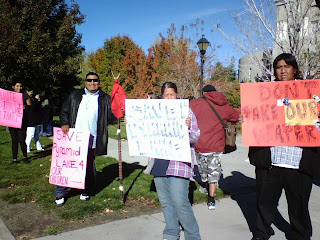 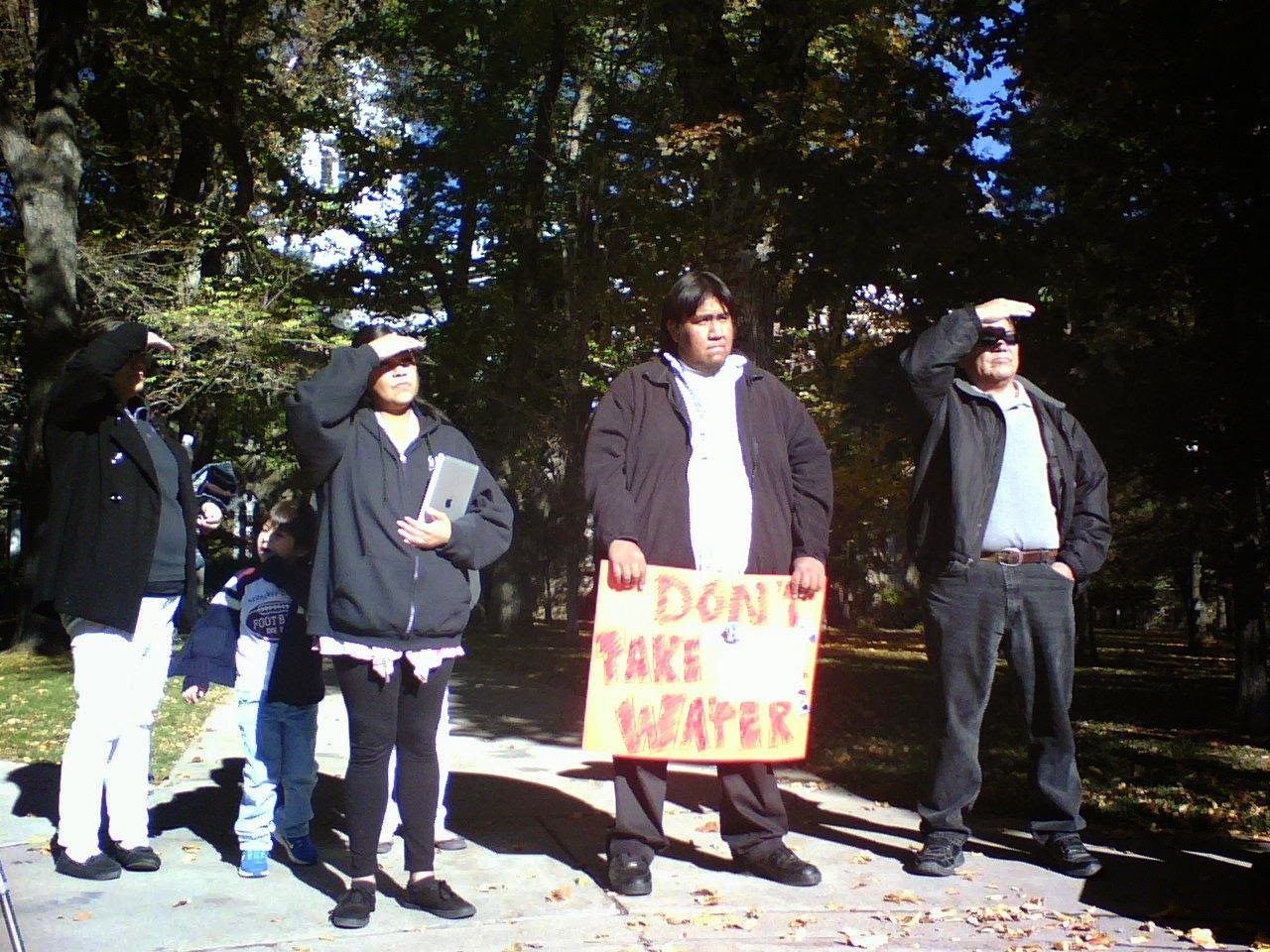 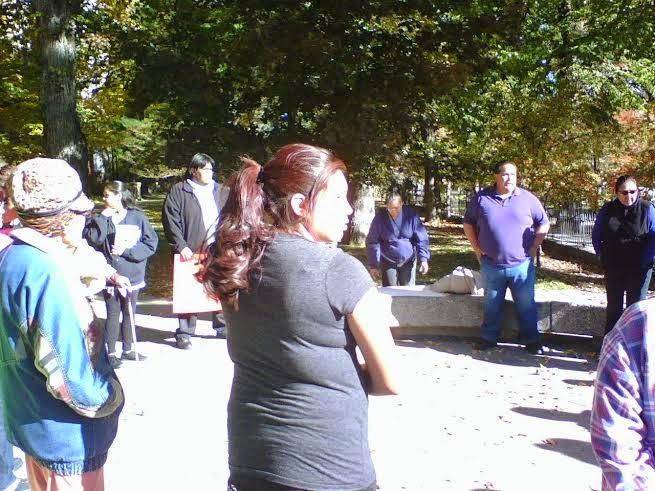 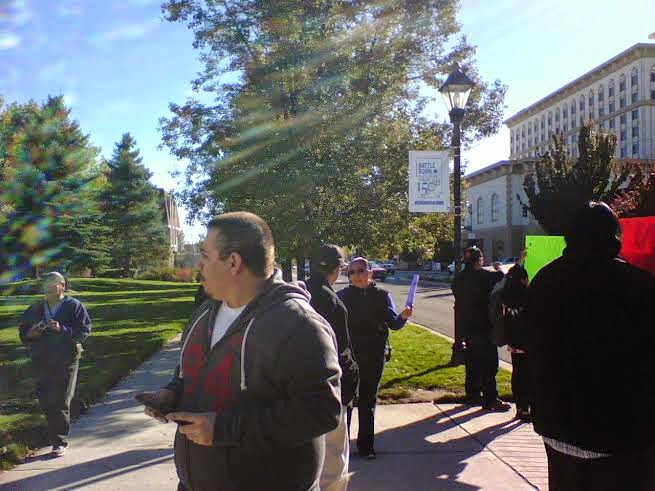 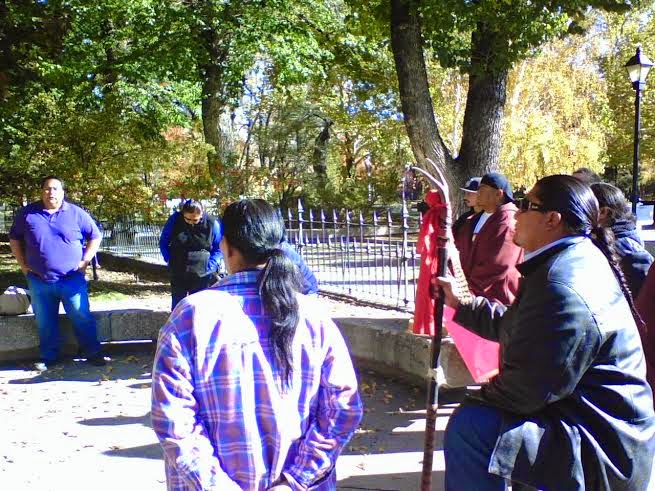 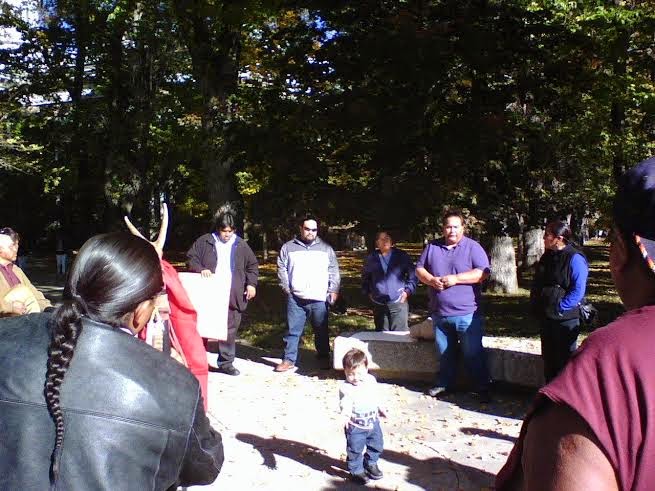 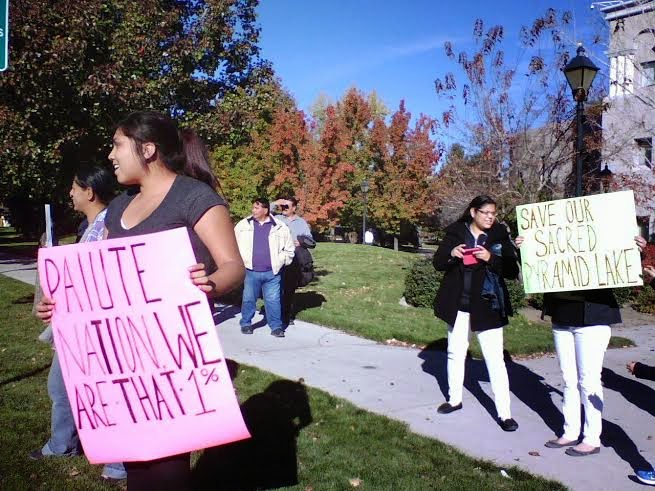 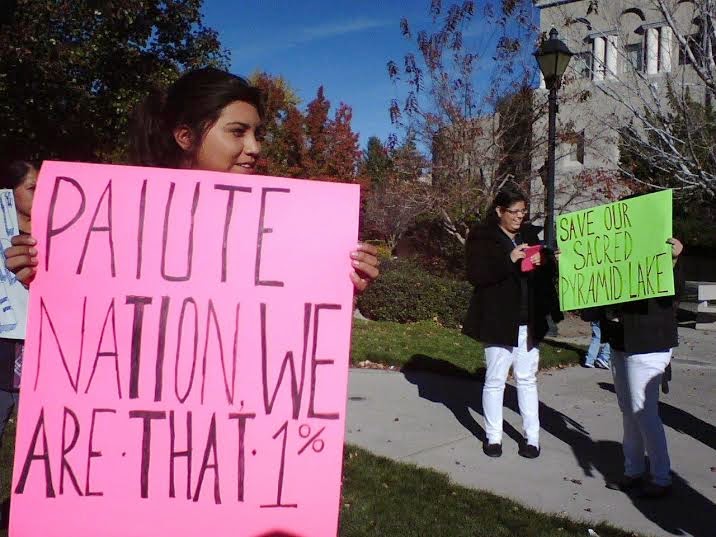 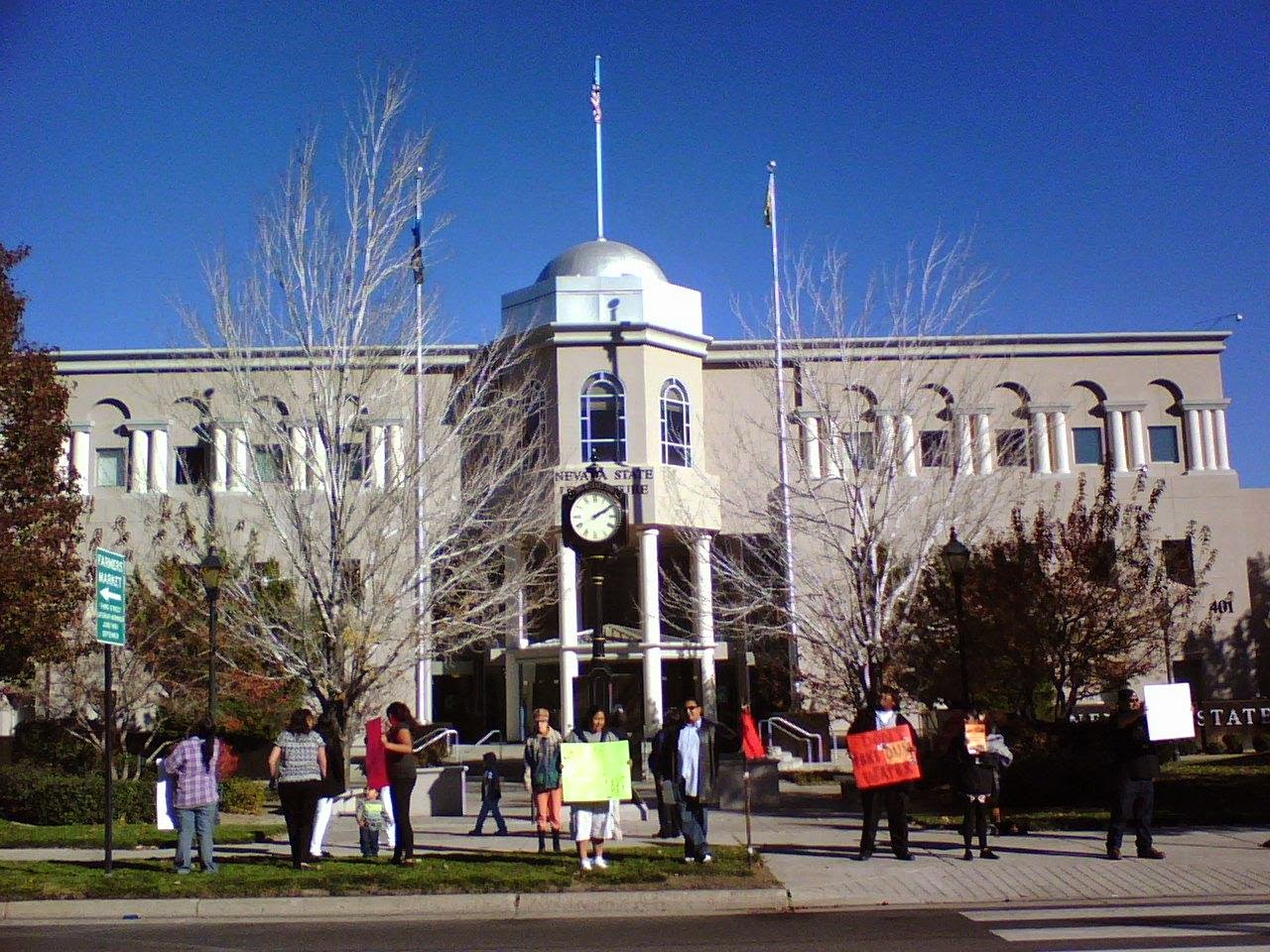 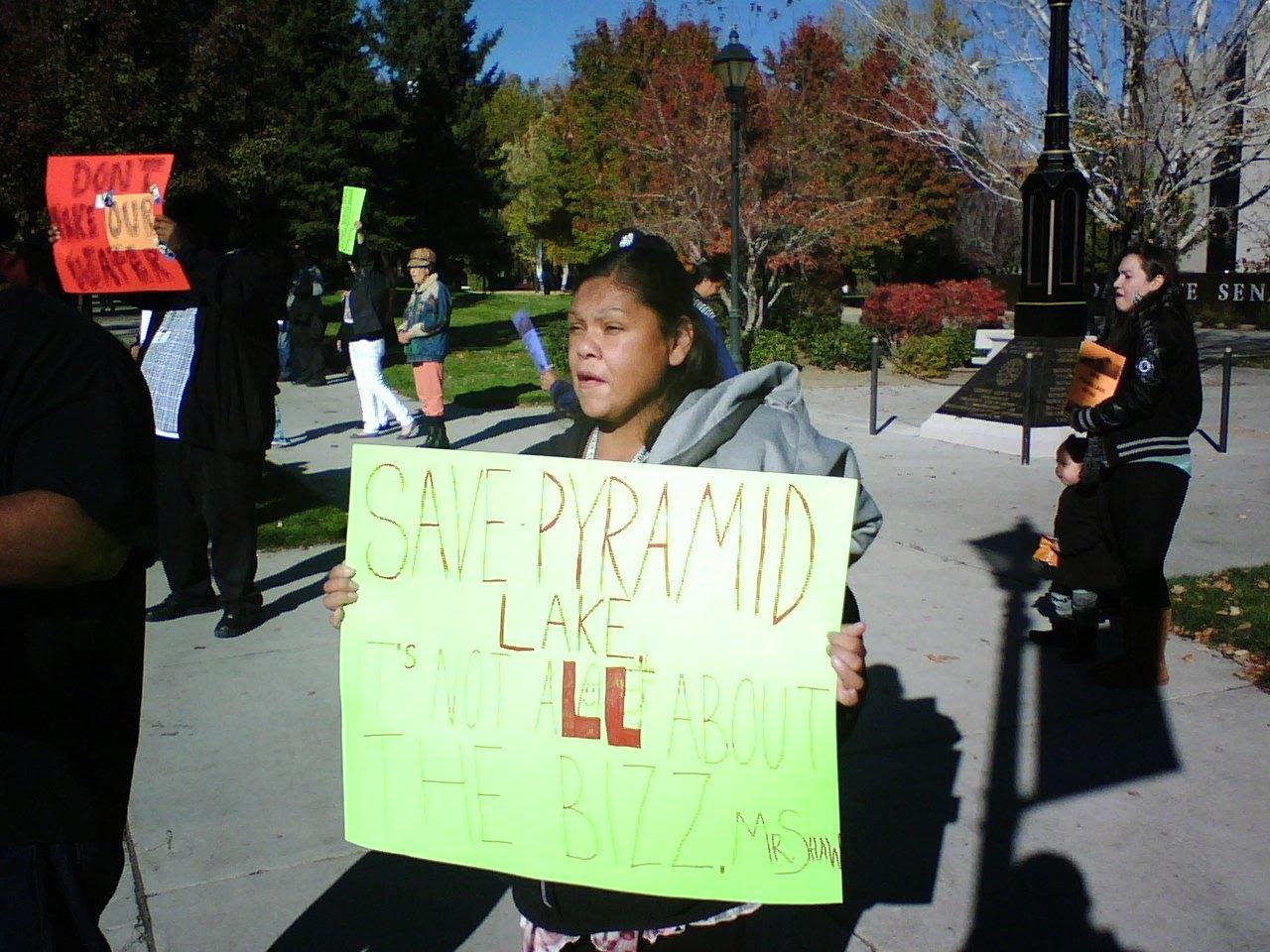 Translated into Dutch and circulated in Europe by NAIS. Thank you Alice!
http://www.denaisgazet.be/nieuws
at November 04, 2014 3 comments:

Mohawk Nation News
Please post & distribute. Thank you.
MNN. Nov. 3, 2014. The MNN editor made these comments to the Quebecois of Sorel Quebec, a city on Mohawk territory near Kahnawake. A sculpture was being unveiled dedicated to the French people.

1710 Iroquois explain Great Peace to Queen Anne’s Court, London.
The French created war between the Iroquois and New France from 1609 to 1701. It was a 92-year war with us. They lost every one and sued for peace to end the wars. The Great Peace of Montreal was made on June 25th 1701, on the summer solstice.
We Mohawk were the enforcers of the Great Law for the Confederacy as the “Keepers of the Eastern Door”.  The French route to the American colonies started from Richelieu down the Richelieu River to Lake Champlain, the Hudson River and on to New York. Bloodline agent, Champlain, launched their war against the peace from Richelieu into Ticonderoga where they killed two of our chiefs. We’d never seen guns before.
Fort Richeleiu was subsequently built to protect travelers, settlers and military from the Mohawks. In 1647 we burnt it down. The French military rebuilt it in 1665.
Champlain’s job was to divide the Indian nations after thousands of years of peace. He started a war of extermination of the Mohawks, to break the peace between us and the Hurons and Algonquins. In 1645 we invaded Ontario and defeated the Hurons and Algonquins and took all their land because they broke the Great Peace, the Kaianerekowa.
The French plan was to take all of Great Turtle Island. After losing every war against us, they changed their plan from war to peace. The French signed the Great Peace of Montreal based on the Two Row Wampum agreement we call the “Guswentha” and the Kaianerehkowa, the Great Peace. Shortly after In August 1701 the British also accepted the Great Peace in Albany.
Quebecois must be proud of taking part in the first international world peace conference in Montreal in 1701. They accepted the peace before the British and everyone else. All the nations on Great Turtle Island were represented by the 49 nations that took part, through their friendship and alliances with the Iroquois Confederacy.
Then In 1710 we sent 5 chiefs to the Court of Queen Anne in London England to explain the Great Peace to the 13 bloodline families of Europe. It was the world’s first international peace conference.
Today is one of the most important times in the history of our relations. Soon the world will see Peace. Quebecois, it is time to recommit yourselves to the Great Peace which was put in your minds when your ancestors accepted the peace. You committed yourselves to spread it. Now we ask you to do it as it was meant.
The French are the first Europeans in the world to accept the Great Law from us, the Iroquois. They took the principles of the Great Peace back to France and created the first republican government in Europe. Let us symbolically join our hands in a circle and recommit to the agreement that was made so long ago. Let us celebrate by planting the tree of peace so that everyone in the world will follow the roots and spread the peace throughout the world. Let us create an unstoppable force right from Quebec where it started. Skennen, gasastensera, kariwiio. Peace, righteousness, power.”

Courier du bois shoot Lachine Rapids by Kahnawake.
The Quebecois have a very important role in the world. This 100-year old song by George Marsh was sung many times by the Quebecois: “Do the cow-moose call on the Montreal, when the first frost bites the air, and the mists unfold from the red and gold that the autumn ridges wear”. Listen: Old Canoe.
MNN Mohawk Nation News kahentinetha2@yahoo.com For more news, books, workshops, to donate and sign up for MNN newsletters, go towww.mohawknationnews.com  More stories at MNN Archives.  Address:  Box 991, Kahnawake [Quebec, Canada] J0L thahoketoteh@hotmail.comfor original Mohawk music visit thahoketoteh.ws
Watch: Louis explains “twistory”.
After the Quebecoise signed the Great Peace of Montreal, the ideas of peace went to Europe and began the French Revolution that continues. Quebecois have an important role to play in spreading the Peace. Rebellion in France today.