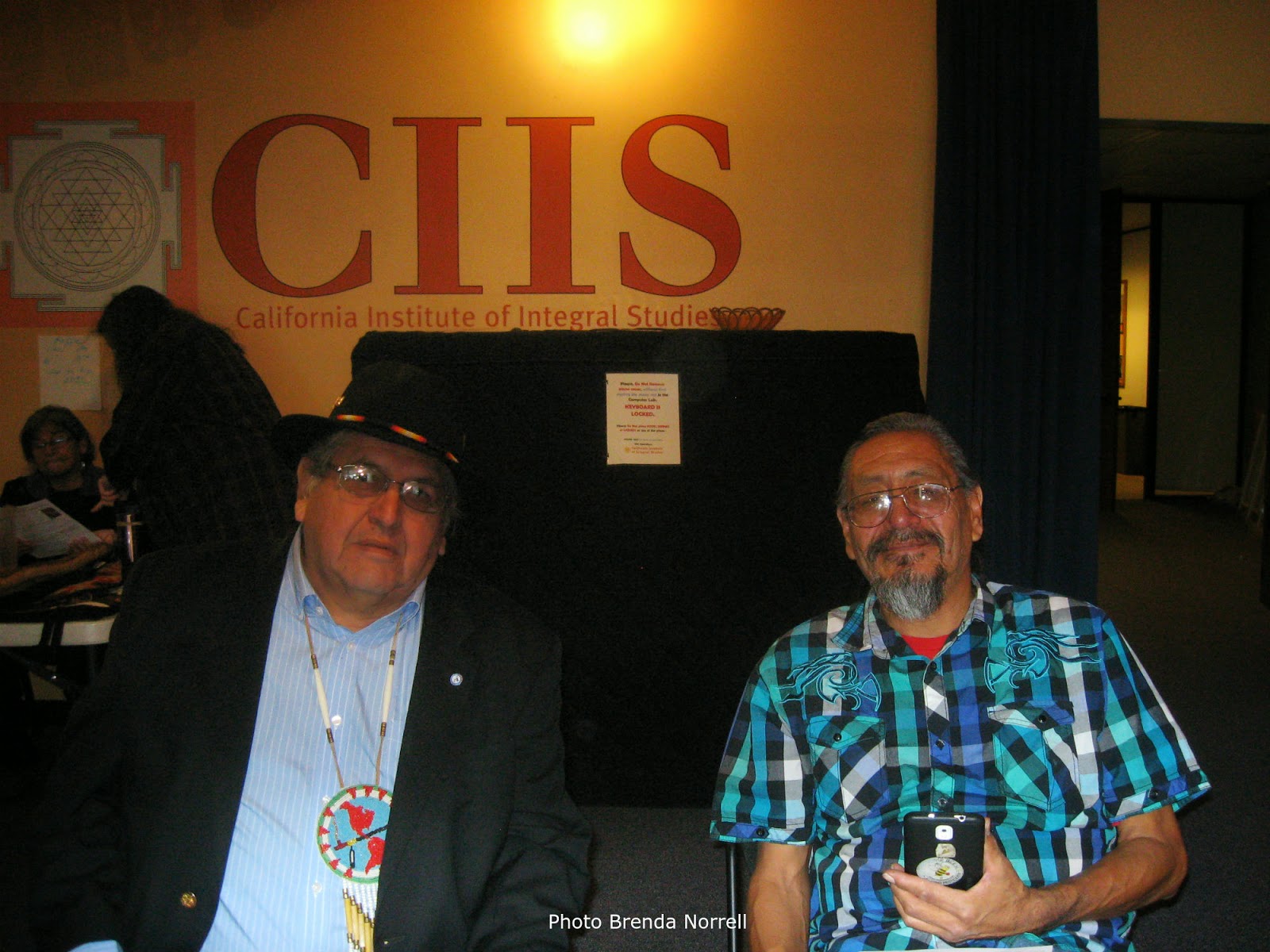 For today's video files from AIM West, go to Earthcycles and scroll down to Video Library. We'll be live again on Saturday. Earthcycles and Censored News:
http://www.earthcycles.net/


SAN FRANCISCO -- Clyde Bellecourt, Bill Means, Lori Riddle and William Underbaggage began the AIM West Conference today, speaking on racism and genocide in sports, the tarsands, and mining poisoning Indian communities.
William Underbaggage, Lakota, spoke on the fight against the tarsands and the Keystone XL threatening the Ogallala Aquifer and the Lakota region's water supply. William created the Indigenous Nations Network, as an alternative to the current national Indian country news, which relies on plagiarism, deception and profiteering.

Lori Riddle, O'odham from Gila River in Arizona, told how she grew up on a Superfund site, and the sicknesses that her family suffered because of it. Today, Lori is fighting Loop 202 to protect the O'odham's sacred mountain and fighting against fracking.
Wesley Elliott, Tuscarora, Iroquois Confederacy, spoke on the need for real action to halt the ongoing genocide against Native people. Wesley urged more support for the Winnemem Wintu and acknowledged the Ohlone, the first people on this land where we are.

Jean Whitehorse, Dineh from Navajo Nation, now speaking live on boarding schools and child education. "I still speak Navajo, that is what the government tried to wash out of our mouths." In boarding school, the goal of the school was to make Natives like whites. She said they were given a number in boarding school, and were not addressed by their name. She couldn't even speak to her brother. "There were no holidays. Our parents couldn't even visit us."
Then there was relocation to the cities. But the good part was she was in the right place at the right time, Bay Area in the time of Alcatraz occupation.
Jean described how she was a victim of the sterilization of Native American women. After being hospitalized for another reason, she said, "Two years later I found out that I was sterilized."
For today's video archives from AIM West, go to Earthcycles and scroll down to Video Library. We'll be live again on Saturday! Earthcycles and Censored News http://www.earthcycles.net/

"The government makes sure that no one knows about it."
Today, Jean works with young children and schools, showing people how to detect racism and bias in children's literature.
Henry Dominguez, cofounder of Black Berets, gave an inspirational talk on his days with the American Indian Movement and the struggles for justice. He said he was wearing the jacket that kept him warm on the Longest Walk.
Henry said he was on the Longest Walk in 1978 and 2008.
Kris Longoria spoke on the mascot coming up on Sunday at Santa Clara, Calif. She also spoke about her decades of fighting mascots and racism in images.
Read about the mascot protest in Santa Clara coming up on Sunday:
http://bsnorrell.blogspot.com/2014/11/aim-west-coast-conference-nov-21-22-2014.html
. 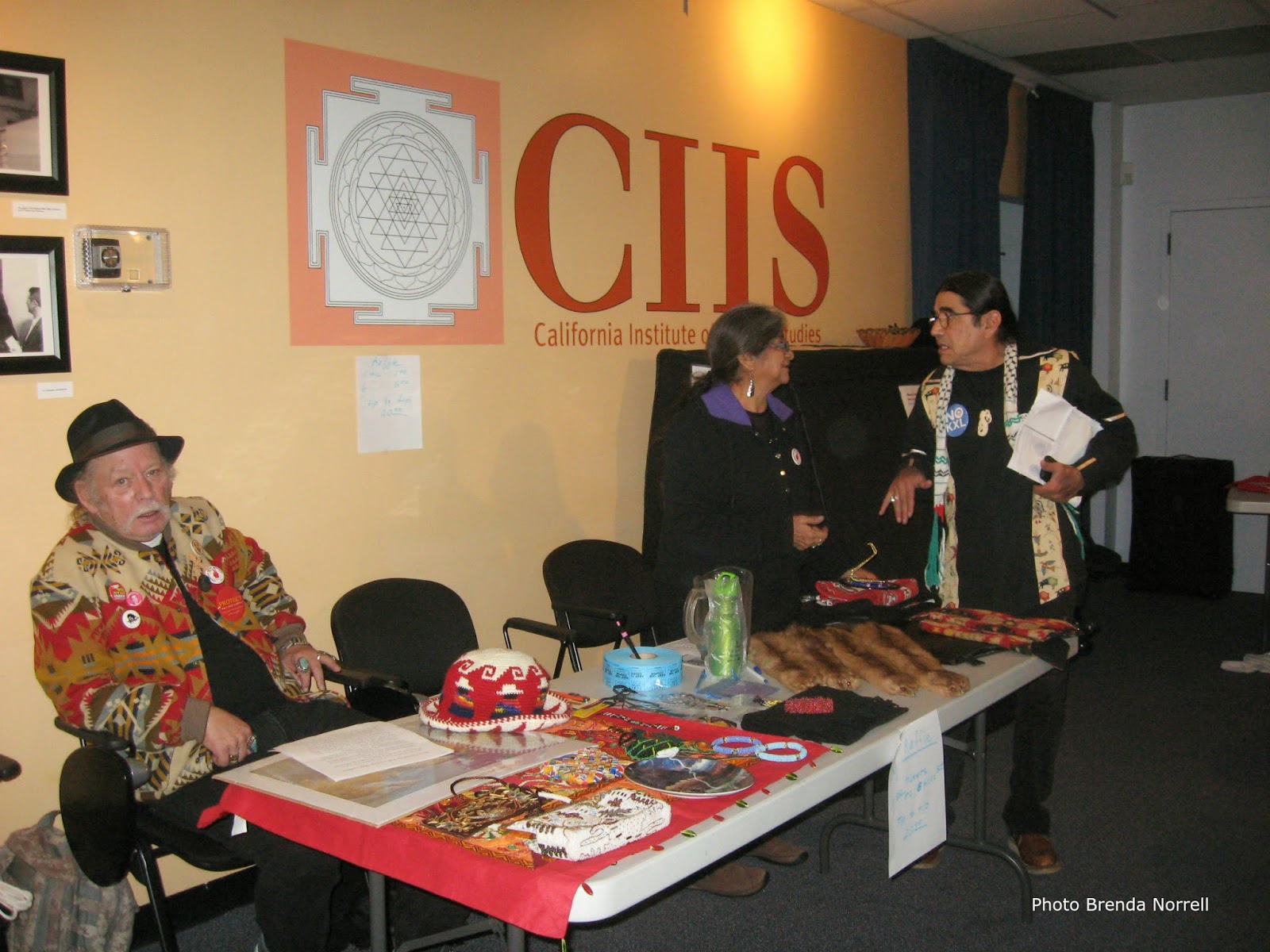