Ecuador to Host Indigenous Conference in 2016 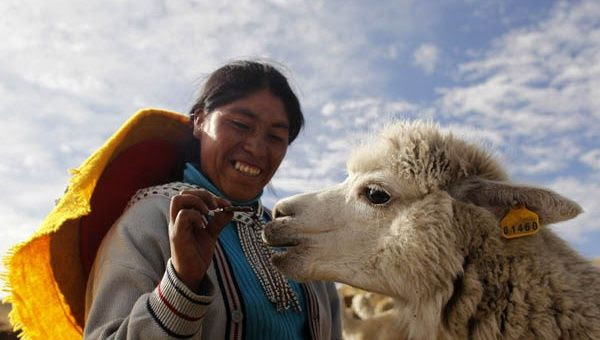 By Telesur
Ecuadoran President Rafael Correa announced on Saturday that his country will host the Latin American Conference of Ancestral Peoples in 2016, an event that aims to revive the voice of indigenous peoples.
"The goal is to relaunch the discourse of our ancestral peoples, which is falling into cliches, which in the case of Ecuador, the vast majority of indigenous support us, but some leadership, and some historical groups, have let themselves be dominated by childish leftists, by troublemakers", said Correa.
The president said the idea of doing this important conference came during a meeting yesterday in the country's capital Quito, with Guatemalan Nobel Laureate and indigenous activist, Rigoberta Menchu.
The event, which will be coordinated with the Rigoberta Menchu Tum Foundation and sponsored by the Nobel Institute, will advocate for respecting and recognizing the human rights of indigenous peoples. The conference will also discuss importantissues like the indigenous justice, collective rights of native peoples and the concept of “plurinationality.
at November 21, 2014